Kajol & Kamal Sadanah Reunite On The Big Screen After More Than 30 Years; Find Out The Actress’s Reaction!

Kajol starrer ‘Salaam Venky’ is all set to Cinema on December 9. The movie has revolved around a mother and her son who are suffering from a disease. The movie is helmed by Kajol and when she came to know about her one of her best friends and first Co-star from her 1992 release Kamal Sadanah, her reaction was amazing. Kamal Sadanah and Kajol was very good friend and found od each other during the 90s as they worked together in Bekhudi. 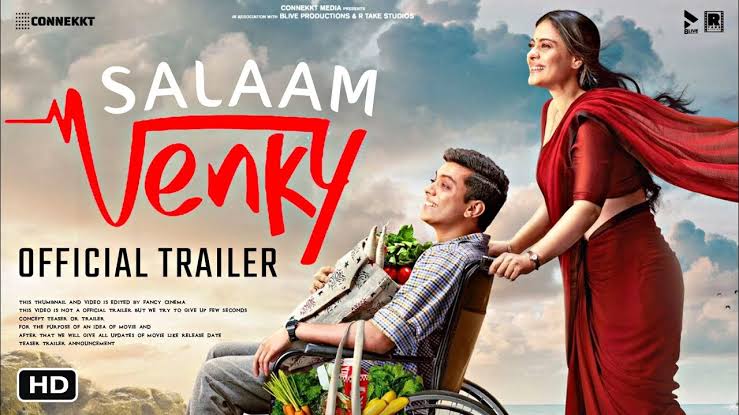 After a long long time or almost more than 30 years, they shared the silver screen. That makes Kajol so excited and happy. At the promotional event for Salaam Venky, Kajol expressed her feeling when she saw him on the sets. She was not aware of this and the makers hide this to surprise her. Kajol said to the director Revathi, “Oh my god, you didn’t tell me. I am so happy. This is amazing.”

On the trailer launched, Revathi said, “I didn’t tell Kajol about Kamal playing a part in the film. There’s a very important scene between the two of them. It was a big surprise for her.” When Kajol was asked about the surprise, she said, “First five to ten minutes, I didn’t say anything. I kept screaming. It was just nice. We’ve met in between and we know of each other’s whereabouts and everything that’s happening in our lives. But it was lovely working with him again.” 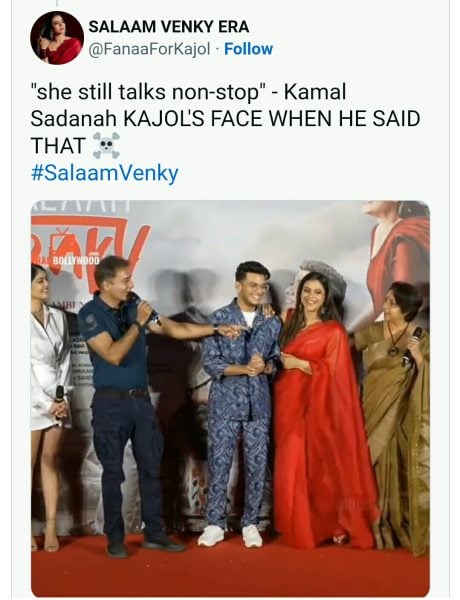 Moreover, the Bekhudi Actor also expressed his views and said, “Shooting with Kajol again made me think that I was on the sets of Bekhudi. She still speaks non-stop and I had to pick my chair up and move to the other side (laughs). But it has been great fun.”

Salam Venky is made under the direction of Revathi and Amir Khan will be seen in a pivotal role.