Kamal Haasan Will Collaborate With Suriya Again After “Vikram,” Said, It Gave him Immense Pleasure

The promotions of Lokesh Kanagaraj’s “Vikram” are going on in full swing. With five days left for the film’s release, actor Kamal Haasan is busy promoting his action-thriller film in Mumbai, Delhi, and Cochin. The actor also met superstar Rajinikanth yesterday in Chennai ahead of the film’s release.

Reportedly, the demand for movie tickets for “Vikram” is high. It is known that in this film, Kamal Haasan will share the screen space with Fahadh Faasil and Vijay Sethupathi, who are also playing lead roles. In the film, actor Suriya will play an important character in an extended cameo role.

In a recent conversation with a private channel, Kamal Haasan reportedly revealed that he would be working with Suriya again soon. Kamal Haasan said that actor Shivakumar is like a brother to him, and his son Suriya also considers him an elder brother more than an uncle. 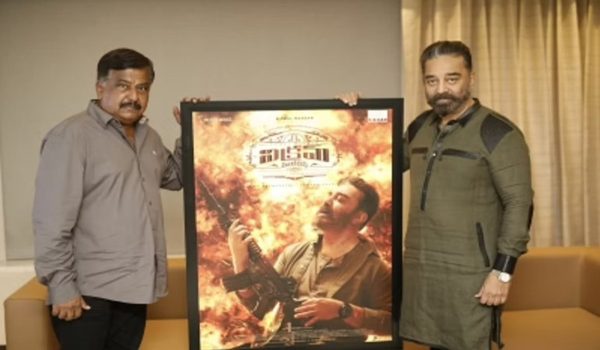 Reportedly, he revealed that he had been thinking of producing Suriya through his production house for a long time and said that when Suriya was approached for “Vikram,” he immediately agreed to it.

Kamal Haasan also revealed that this made him very happy and that he would soon collaborate with Suriya again. The video of the actor explaining to the channel’s host about his collaboration with Suriya as an actor or producer has gone viral on social media.