Kangana back in theatre after 2 years to watch Black Widow

Actress Kangana Ranaut, who has been shooting in Budapest for her upcoming film Dhaakad, recently took a break for a day and headed to a theatre to watch Scarlett Johansson starrer Black Widow. Elated about her movie date after 2 years, Kangana took to her Instagram handle and shared a fun boomerang video on her stories, in which she could be seen holding two tubs of popcorn while heading to watch the film. With the post, she wrote, “Popcorn Days are back.” 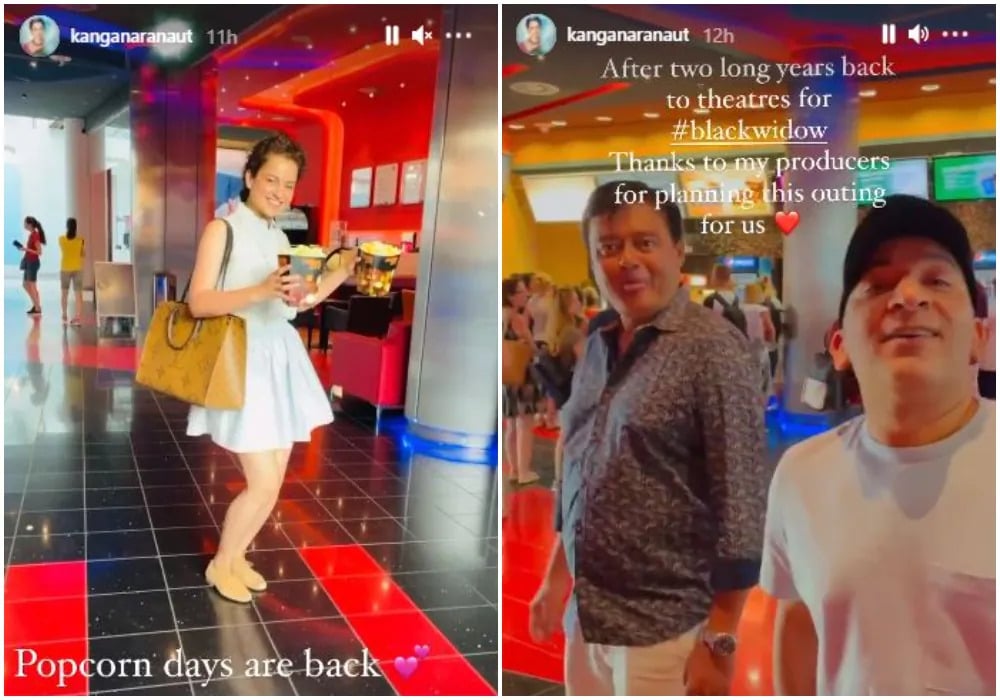 In the video, Kangana Ranaut was clad in a white dress with her hair tied behind. She also shared a video with her team where she asks them about how they feel regarding returning to theatres. Along with it, Kangana wrote, “After two long years back to theatres for #blackwidow Thanks to my producers for planning this outing for us.” She will be next seen in Thalaivi, which is based on the life of Tamil Nadu’s former chief minister, J Jayalalithaa. Other than that, she also has an interesting line-up of films including Tejas, Dhaakad and Manikarnika Returns: The Legend Of Didda. Another of her films, Emergency, is based on the life of India’s former Prime Minister Indira Gandhi. Kangana had recently also announced her OTT debut as a producer with Tiku Weds Sheru and as a host for the Indian adaptation of the American show Temptation Island. 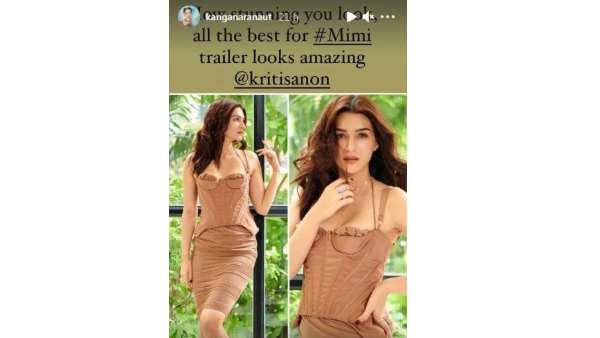 Meanwhile Kangana wishes Kriti Sanon her much-anticipated film ‘Mimi’. Kangana Ranaut who too sent her best wishes to the actress.Taking to her Instagram handle, Kangana posted Kriti’s picture from one of her promotional day looks. Alongside the post, she wrote, “How amazing you look, all the best for #Mimi. Trailer looks amazing @kritisanon.” ‘Mimi’, which is directed by Laxman Utekar, is a remake of Samroudhhi Porey’s National Award-winning Marathi film ‘Mala Aai Vhhaychy!’ (2011). In the movie, Kriti will be seen essaying the role of a young surrogate mother. The recently released three-minute-long trailer narrates a quirky tale of a feisty and carefree girl (Kriti) who becomes a surrogate mom to make money. It also touches upon the challenges of surrogacy and how society looks at it. Kriti had to put on 15 kilos for her role in ‘Mimi’, which also features Pankaj Tripathi, Manoj Pahwa and Supriya Pathak. ‘Mimi’ is scheduled to release on July 30 on Jio Cinema and Netflix. 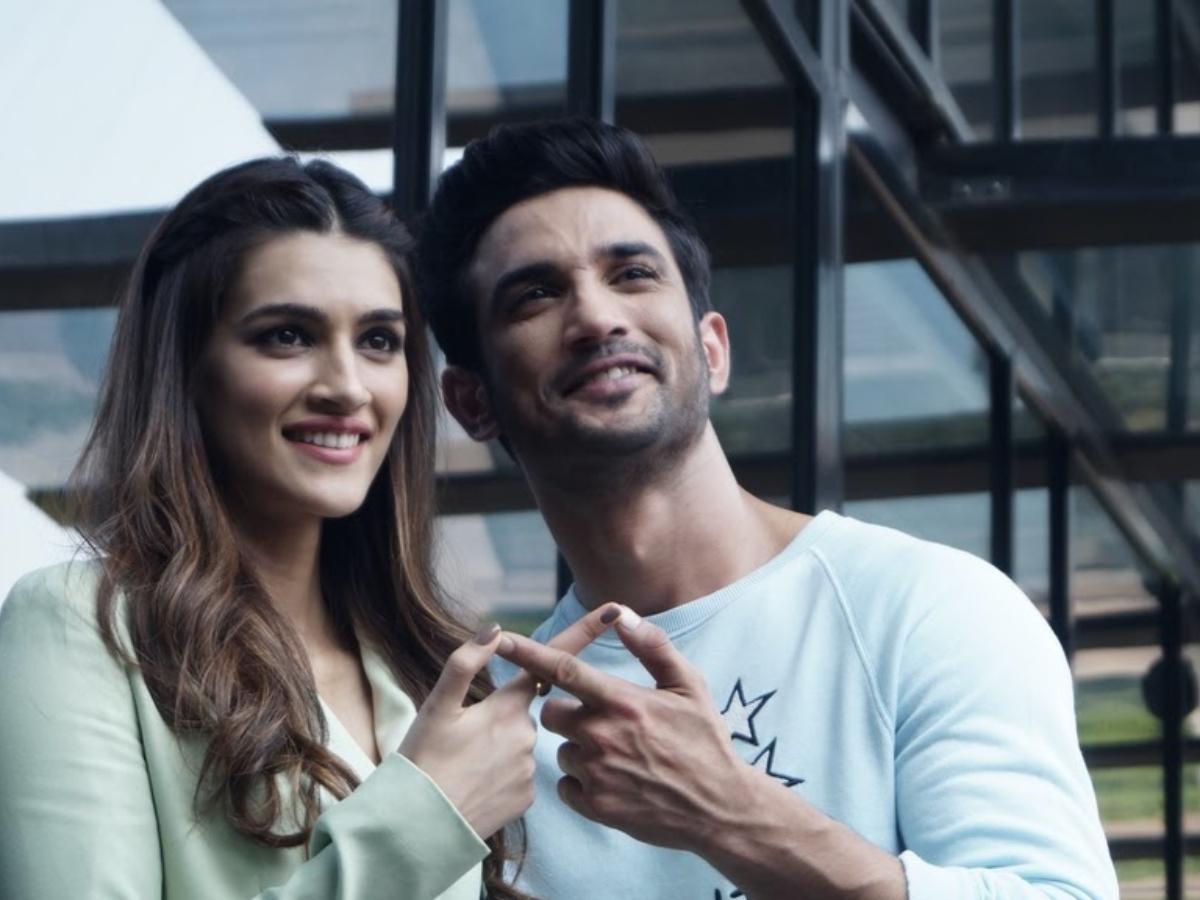 Meanwhile, during a recent interview with a news agency, Kriti Sanon opened up about her life after the death of her ‘Raabta’ co-star Sushant Singh Rajput. “It was difficult to mute the noise. But I had my people and family around me that always kind of helps. Last year, social media was the worst thing that had happened to us. It opened up so much chatter and noise.” Further adding, “I realised people were frustrated. Maybe, they were taking out that frustration. There was so much of fear, uncertainty and sadness around… I don’t blame them completely. But social media has added to a lot of negativity,” Kriti said. While talking about why she completely detached herself from social media at that time. “I, anyway, felt too many people were saying too many things. I didn’t want to be a part of that noise. I felt a lot of things were also going unfair. So I didn’t want to be a participant to that,” she added.