Kangana Ranaut Reveals That She Has Played The Role Of ‘Mata Sita’ Before.

Bollywood actress Kangana Ranaut is in discussions these days for her film ‘Thalaivi’. But in the meantime, Kangana has announced her another film ‘Sita’ in which she will play the lead character. But people will not know that she has played the role of Sita in the past as well. Kangana herself gave this information through Instagram. Kangana Ranaut told through an Instagram post that she is going to be a part of the upcoming film ‘Sita’ and will play the role of Mother Sita Ever since the announcement of the film, fans of Kangana and people are also seen praising this decision of the director of the film. At the same time, Kangana has given on Instagram that she has played the role of Mother Sita before. She was only 12 years old when she played the role of Mata Sita. 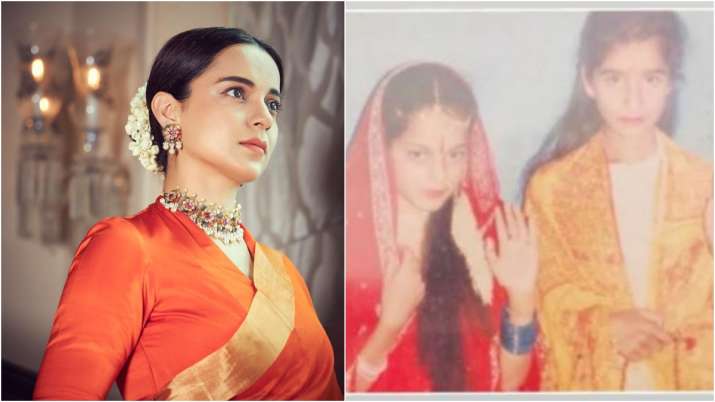 Actually, Kangana Ranaut has shared an old picture of herself on her Instagram story. In this picture, Kangana Ranaut is very young and is seen wearing a red-colored sari and with this Kangana is wearing Gajra in her hair and is also wearing jewellery. In this picture, Kangana is seen giving blessings with her hand. In the picture, another girl is standing with Kangana who is seen posing like her. 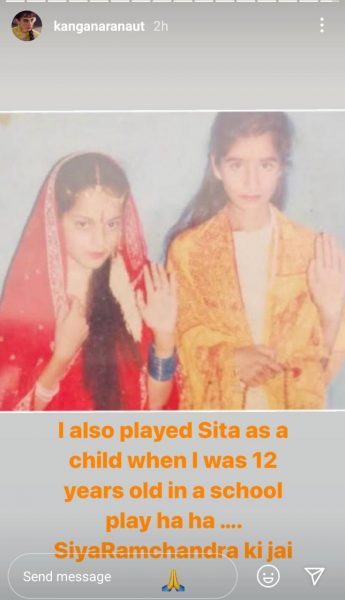 This picture has been shared on an Instagram story and it is written that ‘I have played Sita in a school play even as a child when I was only 12 years old. Jai Siyaramchandra.’ Kangana is looking very beautiful in this picture. On the other hand, talk about Kangana Ranaut starrer film ‘Sita’, then this film is going to be a mythological drama film, which will be directed by Alokik Desai. This film will be made on a grand set. The story of this film has been written jointly by Alokman Desai and KV Vijayendra Prasad, while the dialogues of the film have been written by Manoj Muntashir. Apart from Hindi, the film will also release in Tamil, Telugu, Malayalam, and Kannada languages.