Kangana Ranaut previously came out in support of Nupur Sharma, whose comments have been criticized by Qatar. She later reacted to a spoof video featuring Qatar Airways CEO seemingly responding to a Twitter user’s call for a boycott of the airline.

Kangana Ranaut made a goof-up on Wednesday as she criticized Qatar Airways CEO Akbar Al Baker for ‘bullying’ Twitter user Vashudev, only to later find out that he never made those comments she saw in a spoof video. Kangana had shared a long note on her Instagram account on the matter, which she had since deleted.

Kangana shared a screenshot of the spoof video on Instagram Stories, which showed Qatar Airways CEO seemingly making fun of Vashudev’s call for a boycott of the airline. She wrote about him, “This idiot of a man has no shame bullying a poor man, mocking his insignificance and place in the world…Vasudev may be poor and insignificant for a rich man like you but he has the right to express his grief, pain, and disappointment in whatever context it may be. Remember there is a world beyond this world where we all are equal.” She added in another story, “All so-called Indians who are cheering this bully for making fun of a poor man, remember this is exactly why you all are a big ‘bojh’ (burden) on this overpopulated country.” The story remained on Kangana’s page for more than two hours before she deleted it.

This was in connection with the remarks made about Prophet Mohammed and Islam by former BJP spokesperson Nupur Sharma and Naveen Jindal, who have since been suspended from the party. Qatar was one of the countries that condemned these remarks. Meanwhile, the comments also sparked a Twitter trend, calling for a boycott of Indian products in the Arab world.

A Twitter user, who goes by the name Vashudev, responded to the trend by posting a video in which he called for the boycott of Qatar products and Qatar Airways, claiming that the country has already started laying off Indian employees. He captioned it, “I’m against Qatar Airways,” adding the hashtag #BycottQatarAirways.

The hashtag with the wrong spelling of boycott soon started trending and a spoof video of the CEO of Qatar Airways urging Vashudev to withdraw his boycott call also went viral. The edited video shows Akbar Al Baker told Al Jazeera, “Vashudev is our biggest shareholder with a total investment of 634 rupees and 50 paise. And we don’t know how to operate anymore and we have grounded all the flights… we are requesting Vashudev to take this call for boycott back.” 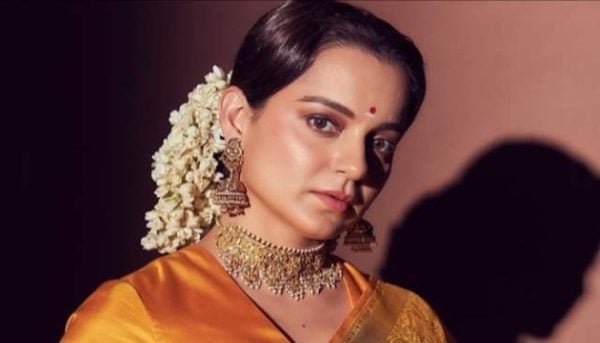 The spoof video further shows him saying, “This is a special kind of boycott because it is by-c-o-t-t. Vashudev habibi, we are willing to give you one whole plane to make your TikTok videos, or maybe we can give you two liters of petrol free. Once you come back from the railway track, please consider our offer and take the boycott back.” Kangana seemingly misinterpreted it as an actual interview by Akbar Al Baker and expressed her displeasure with his comments on Instagram.
It comes after Kangana extended her support to Nupur Sharma, saying that the politician is ‘entitled to her opinions.’ Kangana wrote in an Instagram Story on Tuesday, “I see all kinds of threats targeted at her, when Hindu Gods are insulted which they are almost every day we go to court, pls do that no need to play dons yourself. This is not Afghanistan, we have a properly functioning government which is chosen with a process called democracy… just a reminder for those who keep forgetting.”