Their relationship started way before they signed their first film together and they have been all over the news for quite a long time now. Yes, we are talking about Kartik and Sara. For the ones who don’t know, let’s give you a quick recap. It all started when Sara Ali Khan openly declared on Koffee with Karan that she has a crush on Kartik Aaryan. Sara admitting her crush on Kartik Aaryan spread like a wildfire and her Simbba co-star Ranveer Singh played the perfect cupid and introduced the two and ever since the two were inseparable. The two seemed to be pretty serious about each other and made sure to Facetime each other when they were not together. And just when we were expecting a “happily ever after” a piece of news that made headlines that came by and broke our hearts Sara and Kartik whom we have always adored have reportedly broken up. A few days ago there were reports that the two have decided to not make public appearances together, but now as per a Mumbai Mirror report the couple have reportedly broken up due to their hectic schedules and as they were not getting enough time to spend with each other the couple decided to call it quits. This is heartbreaking!

And now, it has come up that the two had an ugly breakup. Recently, at the Nickelodeon Kids Choice Awards held in the city, the duo along with the who’s and who of Bollywood marked their presence. Including Kartik and Sara, other celebs including Varun Dhawan, Bhumi Pandekar and Ayushman also graced the event. And that was the place where it happened. Kartik and Sara royalty ignored each other. According to a source, “Kartik and Sara did not even exchange greetings with each other and sat at a distance. They kept to themselves and made sure to not cross paths. The cold vibe between the two could be felt.” 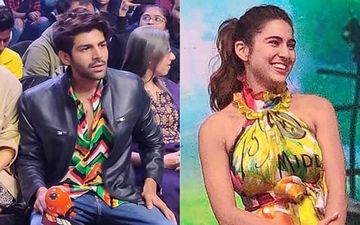 On the work front, Sara and Kartik will be seen in Imtiaz Ali’s next which is a rom-com and a sequel to Love Aaj Kal which starred Deepika Padukone and Saif Ali Khan.

Their breakup and the cold vibe is heartbreaking news! We hope this is just a lover’s tiff and Kartik and Sara reunite soon.

Rishi Kapoor’s Uncle Prem Chopra Says ‘I Called Up Neetu, She And Ranbir Have Taken It Bravely’
Aishwarya Rai Is Angry With Hubby Abhishek For Hugging Ex Vivek Oberoi
Bigg Boss 13: Paras Chhabra’s Girlfriend Akanksha Claims He Promised To Marry After He’s Out
Ranveer Singh’s Dad Doesn’t Like Him Spending Money On Flowers For Deepika, Ranveer’s Response Will Win Your Heart