Kiara Becomes Saree Wali Girl, Have A Look At The Photos

Who says, the saree will not go be hot and sizzling? of course not, and to prove this we have some latest photos of the young and dynamic “Kiara Advani”. Have a look at the photos and then decide that isn’t Hot….. 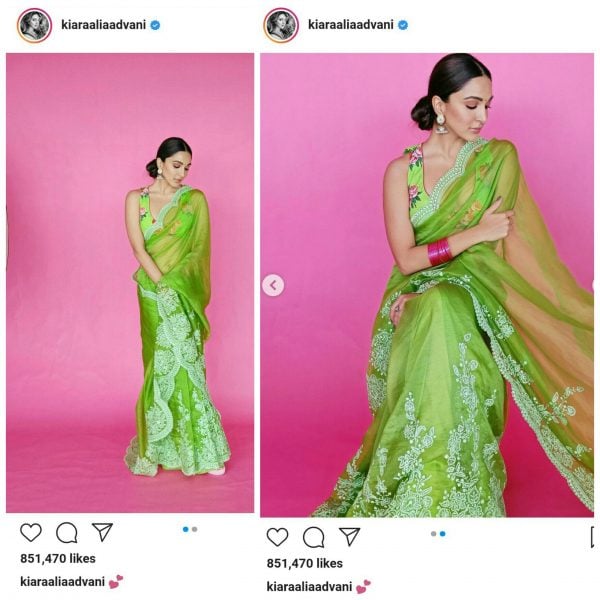 Aliya Advani better knows as Kiara Advani was born on 31, July. She is a very famous Indian actress and influencer. She was started her Bollywood career as Reel life Sakshi Rawat in MS Dhoni. She prominently worked in Hindi and Telugu films. No one can forget her innocent and attractive character as Preeti in Kabir Singh. After the successes of Kabir Singh, Advani have been seen in movies like Good News, Web series, and commercial ads.

Recently, she made a headline with her jaw-dropping photos in the Green organza saree via her social post on Instagram. The shoot was held to promote her upcoming movie Sheershah. To promote her movie along with her rumor’s boyfriend Siddarth Malhotra, Advani wearing impeccable attires, from a bold orange pantsuit to an embroidered saree. Her latest look in another embroidered saree comes on top of this list. Her green saree enhanced with intricate thread work and a floral backless blouse is designed by brand Torani. Apart from the saree look she also spells her charm in mustered orange coat with shorts also gets viral in just a few hours. 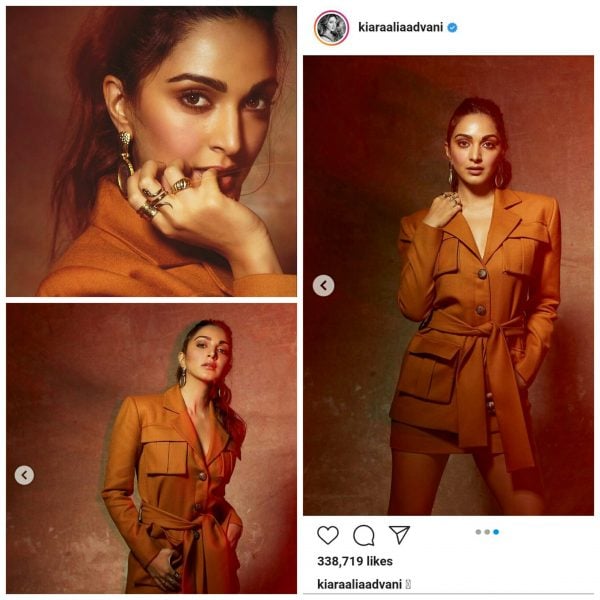 The releasing date of Shershaah has already been announced which is 12 August before independence day and makers decided to premier it on Amazon prime video.