Lock Upp Grand Finale: Know The Date, Time, Finalist, And Other Details Of It!

After a successful run of seventy-one days, Kangana Ranaut’s controversial reality show is nearing its grand finale. From being the most watched OTT show in India to witnessing shocking revelations by some of the most talked-about celebrities, the show has successfully managed to grab eyeballs and keep the audience hooked. With the entry of popular contestants and some new twists every week, the first season of “Lock Upp” received huge appreciation from its fans.

If you are worried about how to watch the show, then there is no need to worry as we have gathered all the information for you. The date, time, list of finalists, prize money, and all other details about the show are given below: 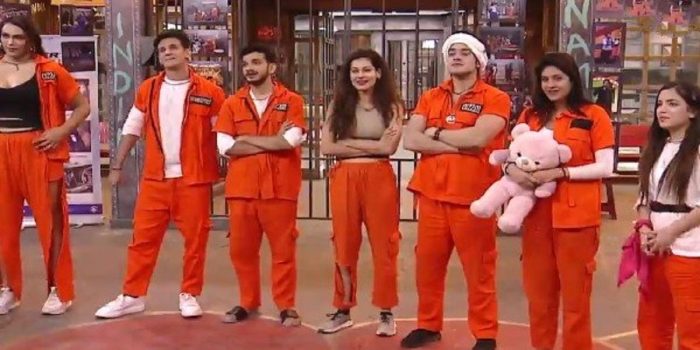 When and where can you see the Grand Finale:

The grand finale of the show will happen tomorrow, i.e., on May 7th, at 10:30 PM. It will be streamed on ALTBalaji and MX Player. In the finale episode, former contestants and finalists will give special performances, and some guests will also grace the show.

Shivam Sharma was announced as the first finalist of the show, followed by Munawar Faruqui and Prince Narula. Other contestants, including Payal Rohatgi, Saisha Shine, Azma Fallah, and Anjali Arora, are also in the race for the finalist.

Prize money for the winner of Lock Upp:

Host Kangana Ranaut will announce the first winner of the reality show. The details about the winning award have been kept under wraps and not much has been revealed by the makers. However, it is rumored that the show’s producer, Ekta Kapoor, will offer the key role to the winner in her upcoming show.

About the show Lock Upp:

“Lock Up” marked the debut of Kangana Ranaut as a host in the digital space. Controversial celebrities on the show were jailed for months without the facilities we usually take for granted.