Know When Ajay Devgn’s Film ‘Maidaan’ Will Be Released?

The release of Ajay Devgn’s film Maidaan has been shifted to next year. Earlier the film was scheduled to release on October 15 on the occasion of Dussehra, but due to the closure of cinema halls in Maharashtra, the film’s release was postponed. Now after the announcement of the opening of theaters from October 22, it has been decided to release it in cinemas in 2022. Ajay informed through social media that Maidan will be released worldwide on June 3 next year. 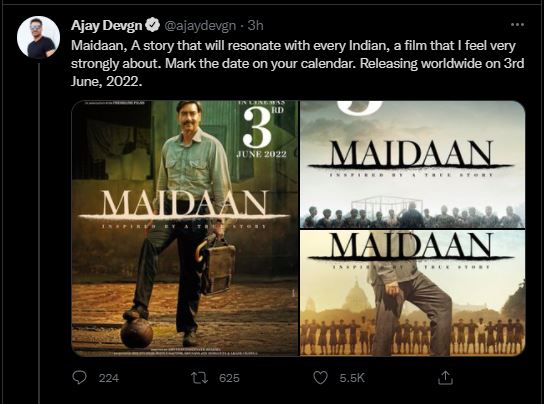 Sharing three posters of the film, Ajay wrote – Maidaan, a story that every Indian will feel connected to, a film that is very close to me. Mark the date on your calendar. It will be released worldwide on 3 June 2022. Maidan is a sports film set in the golden era of Indian football between 1952–1962. Ajay plays football coach Syed Abdul Rahim. He is called the architect of modern Indian football. His tenure is called the golden period of football. During his tenure, the Indian football team won medals in many international competitions. Maidaan has been directed by Amit Sharma. 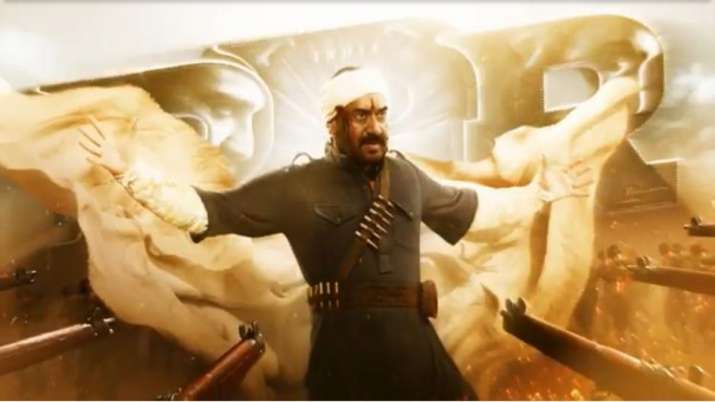 Prior to this film, Ajay will be seen on the big screen through his directorial film May-Day, which will release on April 29. Amitabh Bachchan and Rakulpreet Singh will be seen in lead roles along with Ajay Devgn in this film. This is Ajay’s third directorial film after U Me Aur Hum and Shivaay. Apart from these two films, next year Ajay will be seen in SS Rajamouli’s film RRR and Indra Kumar’s comedy film Thank God. Sidharth Malhotra and Rakulpreet are in this film with Ajay. This is Ajay’s first film with Sidharth. RRR was supposed to release on October 13, but its new date has not been announced yet. It is a period film, starring Ram Charan and Jr NTR in lead roles. At the same time, Ajay and Alia Bhatt will be seen in special roles. Ajay’s last release in theaters is Tanhaji – The Unsung Warrior, which was released in 2020 and proved to be a success. This year Ajay’s film Bhuj – The Pride of India was released on Disney Plus Hotstar.