Actress Priyanka Chopra began to cry while filming Jai Gangaajal after accidentally kicking co-star Manav Kaul. Manav said in an old interview that he had to stop shooting for an hour to comfort Priyanka. 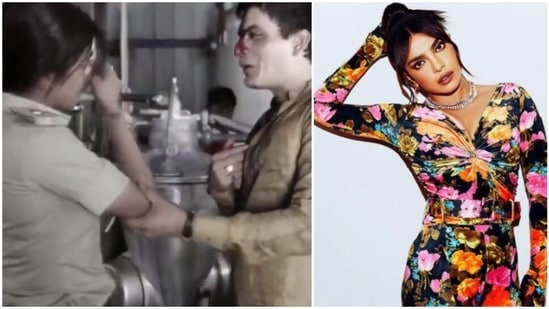 Jai Gangaajal (2016) was a crime drama directed by Prakash Jha. This is a sequel to Gangaajal (2003). In addition to Priyanka Chopra and Manav Kaul, Rahul Bhat and Queen Harish could also be seen in this movie.

In an interview, Manav had said, “We were doing this fight scene, me and Priyanka. She was in a harness and she was supposed to get up and kick me. So she kicked me on my throat by mistake. Yeah! It was okay because when you are doing an action scene, you know something may go wrong, you may get hurt.”

He had added, “So after that, she came to me, and asked ‘Did you get hurt?’ and I was like no-no it’s okay and she started crying. And she started crying so much that I had to drop everything, stop the shoot for an hour or so and console her. She kept saying I know I hurt you, this is not right.”

A video showing Priyanka wiping her tears as Manav tried to calm her was also released online last year. She also covered her ears and apologized to him. 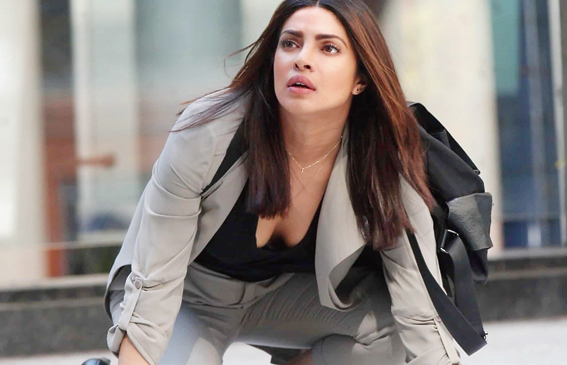 Priyanka tied knot with singer Nick Jonas before playing for Jai Gangaajal for two years. The couple married on December 1st and 2nd, 2018 with both Christian and Hindu ceremonies at Umaid Bhawan Palace in Jodhpur.

Rumors of their sepration have recently surfaced after fans and followers noticed that Priyanka, known as Chopra Jonas, changed her name to her first name on the handle of social media. However, the couple shares mushy posts with each other on Instagram. Earlier this week, they also attended the British Fashion Awards 2021 in London.

At Thanksgiving, Priyanka shared a photo with Nick on Instagram. She captioned her post, “So much to be grateful for. Friends, family… I love you @nickjonas happy thanksgiving to everyone celebrating.” Sharing the same picture, he had written, “Happy Thanksgiving everyone! Grateful for you @priyankachopra.”

Priyanka currently has several projects in the pipeline, including Text For You, The Matrix Resurrections, and the drama series Citadel. She is also part of Farhan Akhtar’s Jee Le Zara, along with Katrina Kaif and Alia Bhatt.