In a rare behind-the-scenes video from the sets of Hum Aapke Hain Koun, Madhuri and Tuffy are seen getting ready together. It also leaves netizens emotional with a glimpse of late actor Laxmikant Berde. In the throwback video, Madhuri Dixit is seen getting ready with Tuffy. She is seen sitting next to late actor Laxmikant Berde as Sooraj Barjatya gives the cue for a scene. Reacting to the vintage footage, a fan wrote in the comment section, “It was not a movie, but every home family function video.” “Golden days of Bollywood,” added another person. “Today’s generation will never know how good LakshmiKant Berde was…one of the best comedians of Indian cinema,” said another fan.

Hum Aapke Hain Koun was released in 1994 and according to boxofficeindia.com, the film is still on top with a lifetime record of 7,39,62,000 footfalls. It’s followed by Prabhas-starrer Baahubali: The conclusion which had a footfall of 5,25,22,000. Currently, there are two films—RRR and KGF: Chapter 2 that are inching closer to the top spots of the list. 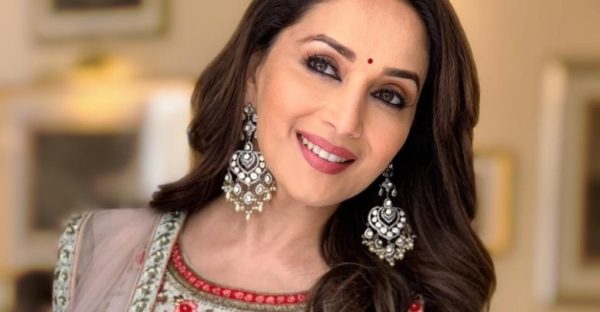 Madhuri remains one of the most popular stars of Bollywood. She made her acting debut in the 1984 film Abodh. She rose to fame with her role in Tezaab which was the highest-grossing film of 1988. Her dance number– Ek Do Teen, choreographed by the late Saroj Khan, from the film remains iconic.