Malaika Arora and Arjun Kapoor have been dating for quite a long time now. But Malaika was earlier married to Arbaaz Khan and people used to consider them a power couple. But it came as a shock when the couple decided to part ways after 18-years of marriage. While Arbaaz tried to mend things, Malaika was adamant to choose her happiness over false societal notions. Malaika and Arbaaz are now happy with their respective partners. Malaika Arora and Arbaaz have always been doting parents to their son, who turns 17 today.

The proud mommy took to her Instagram to share a collage of Arhaan’s then baby picture and now adult picture, Malaika captioned her post as, “N jus like that my baby boy turns 17….. our first born. You are my strength n my weakness arhaan and jus the most loving, understanding and sensible. LOVE YOU ( I will always grab you for my share of hugs n kisses … deal with it”

N jus like that my baby boy turns 17….. our first born . You are my strength n my weakness arhaan and jus the most loving ,understanding and sensible . LOVE YOU ( I will always grab you for my share of hugs n kisses … deal with it )♥️♥️♥️

Malaika Arora recently appeared on Neha Dhupia’s chat show NoFilterNeha where she unravelled a lot of things about her pregnancy and how she resumed work only 40 days after delivery. “I worked before, I worked through, I worked right after, exactly 40 days after. I took that 40 days off of my baby because my mom was like ‘No you have to!’. And Exactly 40 days after I was up and about and shooting and working.” 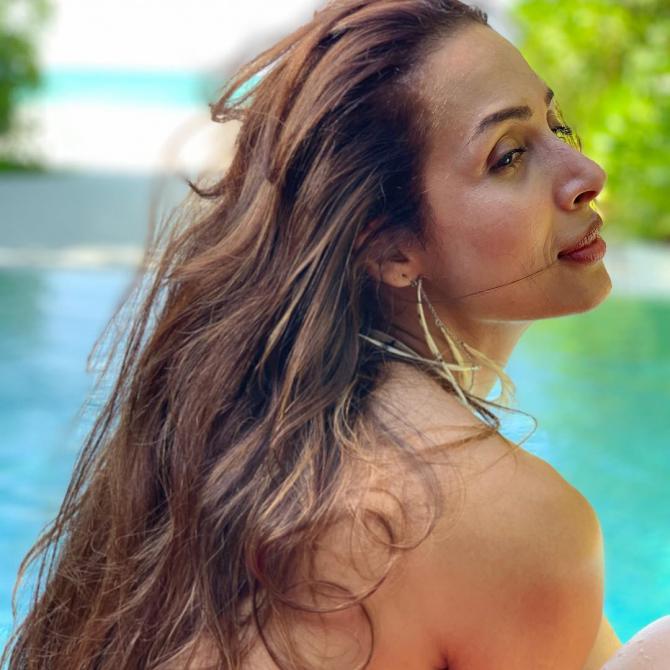 She had further added, “You know this is so far back. My son is 17 years old. It’s amazing to see so many women today you know who are mothers, who work right through their pregnancy and after because otherwise everybody thinks it’s ‘Chalo pack up karke niklo’. So I guess back then when I actually worked throughout, it was pretty amazing, nobody actually knowing about it or talking about it because there was no such platform to talk about it but yeah I remember I first started off with full length, then I went mid, then I went 3/4 and then waist and then bust and then neck till then it was only one eye, one mouth, one lip, one ear.”“I have been through that whole process so yeah I think the best part about my pregnancy was the fact that I could just be.” 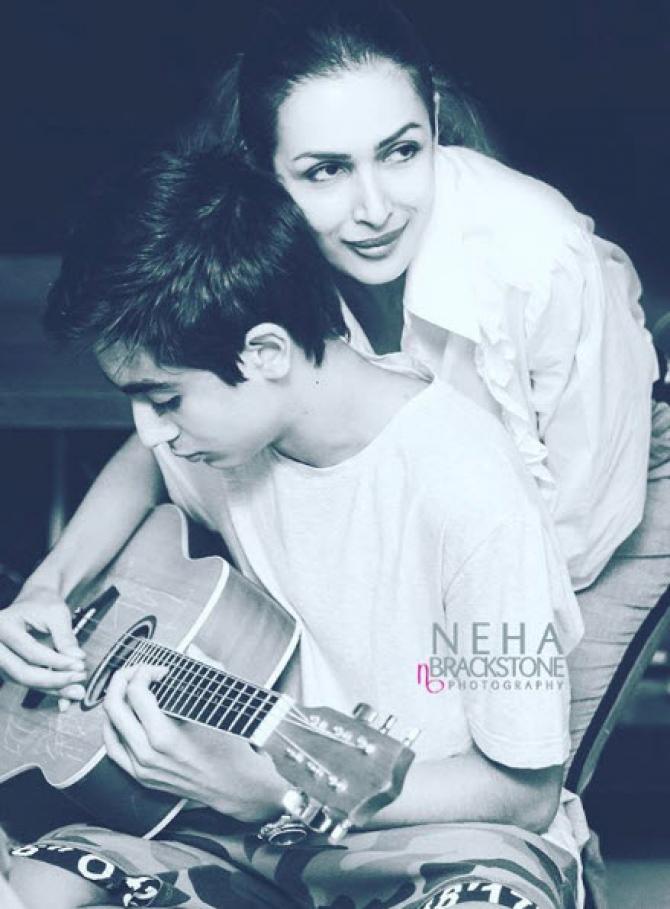 On Kareena Kapoor’s radio talk show What Women Want, Malaika Arora had once revealed the main reason behind her separation with ex-husband Arbaaz Khan and said, “We were just two people in a situation where we were making each other extremely unhappy, which was impacting everyone else’s life around us.”. Speaking of their son’s reaction to their divorce Malaika had revealed that their son has become far more accepting and could see how happy his parents were after divorce and that’s what kept me going.”