Malvika Raaj, who played the young Kareena Kapoor, recalls working with Shah Rukh Khan and others. She’s preparing for her debut role in a Zee5 movie squad. In this movie, Malvika will be playing the lead role.

In the conversation with the publication, Malvika said, “Since I was so young, I didn’t realize how amazing the experience was of sharing screen space with actors like Shah Rukh, Kajol, and Amitabh Bachchan. I was like, ‘Okay, I am a part of this’ That was because they made me feel that way. One thing I have learned on the sets of. K3G is to be grounded and humble. They had a very positive attitude, and treated everyone as equal.” 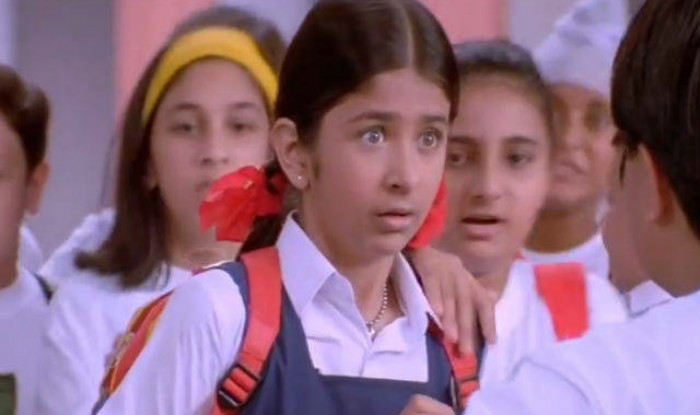 Moreover, the actor also remembered the incident with Shahrukh Khan. She said, “I remember, once we were all having lunch on set and Shah Rukh Sir was there too. I came in, and he left his food to come and meet me. That moved me deeply, and I remember his gesture to this day. People generally don’t do that, but Shah Rukh Sir is so amazing and humble”.

While speaking about Squid, Malvika said that earlier, the movie was planned to have a theatrical release. Furthermore, the actor said, “Since it’s an action film, the experience in theatres would have been different. The pandemic messed up the whole situation, but I am glad it’s releasing on OTT. Zee5 has a huge reach, and I am very hopeful.“