Mandira Bedi is a perfect example of a strong, independent woman who takes life as it comes. At the age of 47, she doesn’t look a day older than twenty thanks to her fitness regime. And while many at their late 40’s crib of growing old, it seems like Mandira is ageing backwards. She has been setting goals with her positive attitude towards life and we should definitely take lessons from her.

During the launch of her new web show Shaadi Fit, Mandira unravelled a lot of things about her delayed pregnancy. She even went on to reveal that she was looked at differently when she had decided to delay her pregnancy due to work commitments. She had stated, “Living in Indian society, as a woman you tend to face several stereotypes. When I decided to delay my pregnancy due to work commitments, it was the most difficult decision I had to make. I was looked at differently, and people perceived me as a woman who is career-oriented. You would think that is a good trait to have, but our society thinks differently of a married woman. In fact, even after my child was born, I was always divided between my personal and professional lives.” 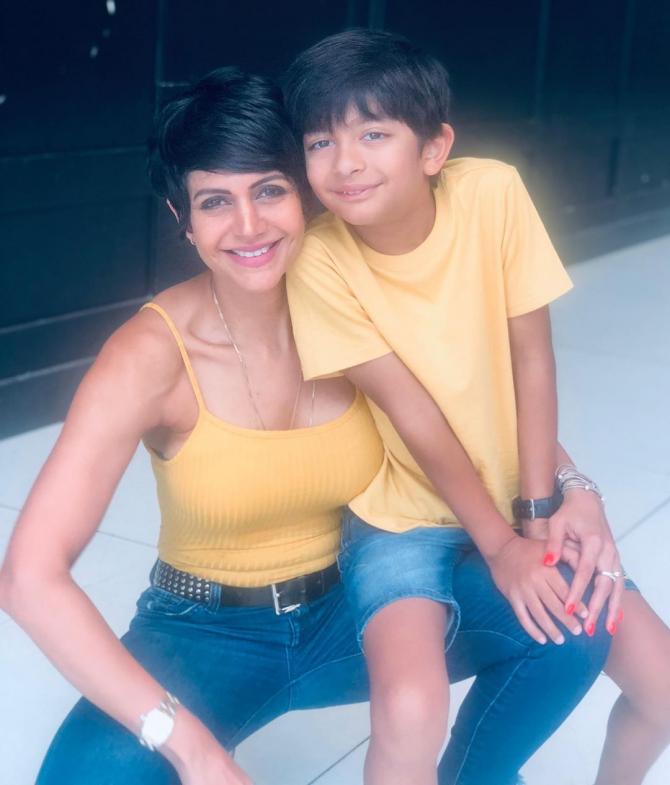 She further revealed that it was her husband who had supported her during that phase and continues to do so till date. She also added that her husband Raj Kaushal takes care of their child so that she can go for her shoots. 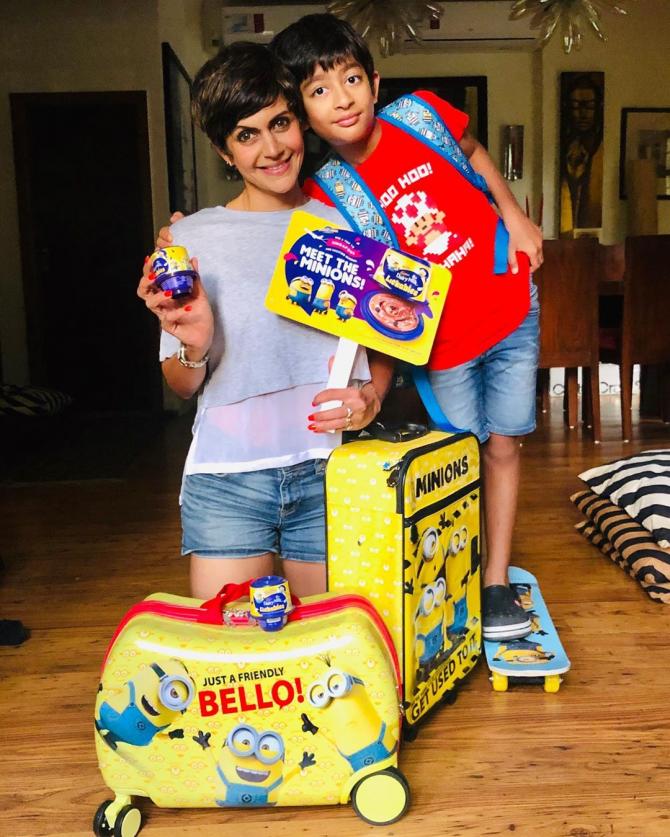 She had further concluded saying, “I think my message to every married woman is to believe in yourself and your capabilities, rather than focusing on societal beliefs and norms. My career has made me into the person I am today. I have struggled and carved my niche in the entertainment industry and I feel very proud of it.” 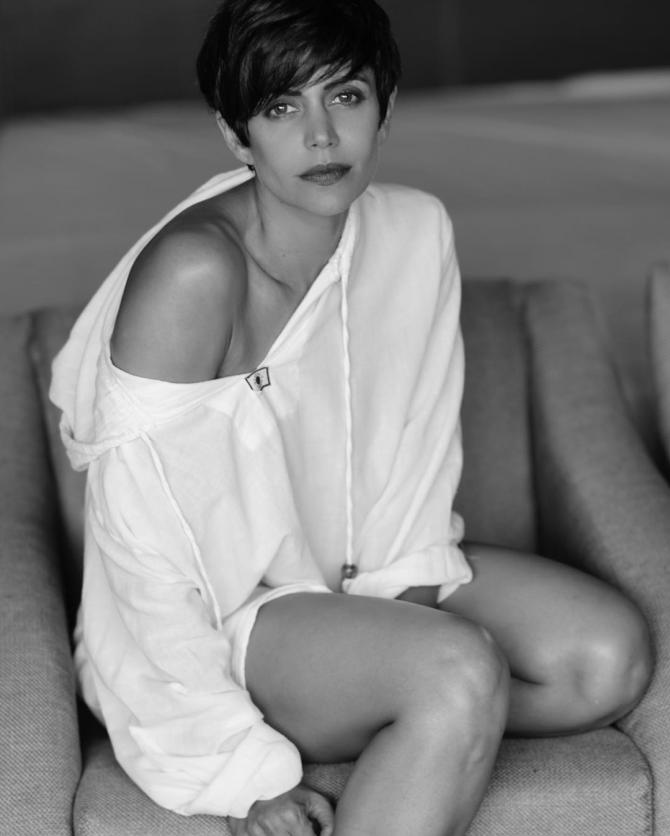 In a throwback interview with Times Of India Mandira had once opened up on embracing pregnancy at the age of 39. She was quoted as saying, “I gave birth to my son when I was 39, in 2011, as my contracts didn’t allow me to get pregnant. I was scared that if I get pregnant, it will be the end of my career. The entertainment business is brutal. I couldn’t have done it without the support of my husband, who has made our marriage a success.” 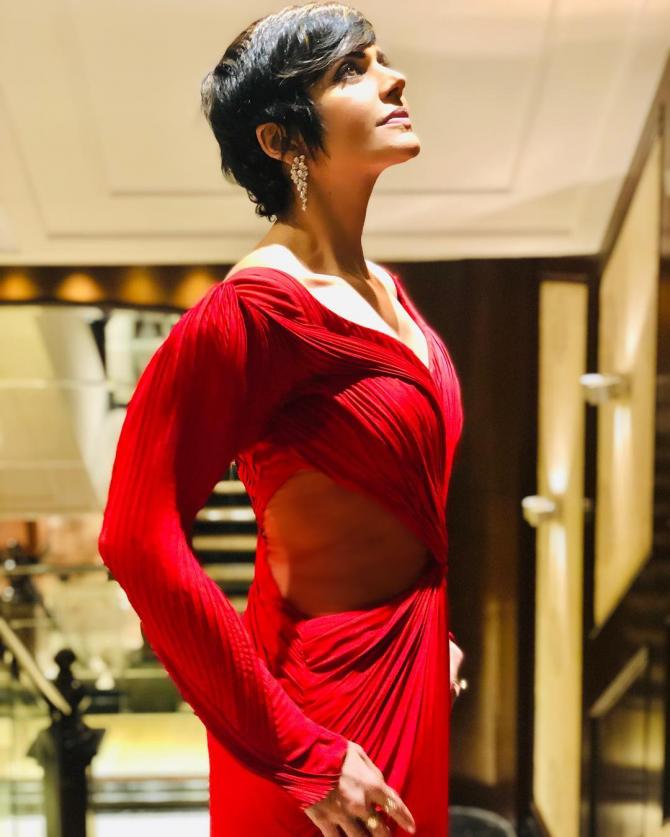 Mandira had also talked about entering the entertainment industry in her early 20’s. She had said, “In my 20s, I was carving a space for myself in the world of entertainment. My 30s was the time that was riddled with insecurities. Now in my 40s, I’m feeling the best I’ve ever felt. There is self-love and acceptance.” 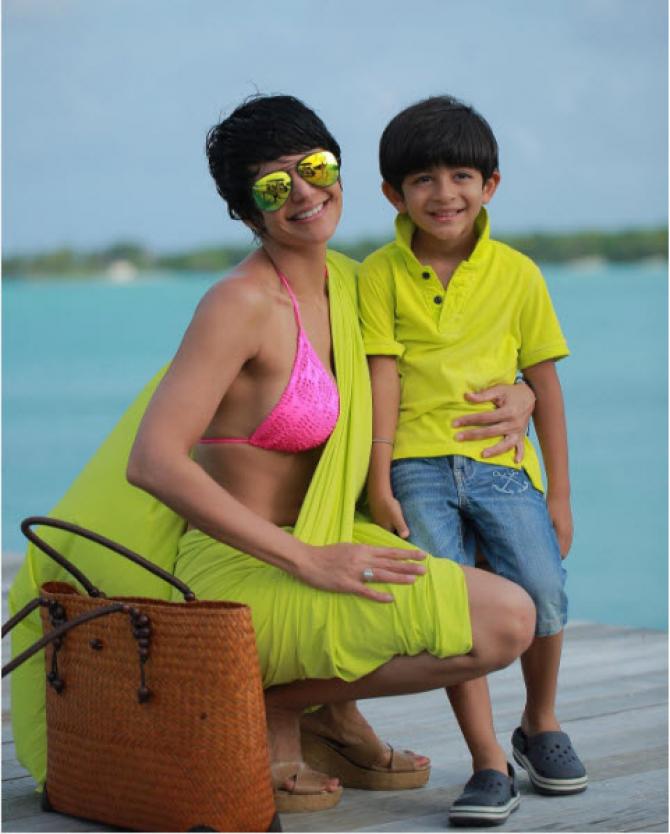 The actress opened up on her insecurities and said, “I thought my work is going to stop any day… looking at other actors working more than me on TV and films made me feel very insecure. When people would ask me why did I leave cricket or pity me saying ‘Oh, you aren’t doing cricket anymore’, I would have a sinking feeling in my stomach. It took me time to accept the change and realised that I didn’t leave cricket, it was they (organisers) who moved on to somebody new.”

Mandira, you are an inspiration to many, more power to you girl!