Actress Mandira Bedi lost her husband and filmmaker Raj Kaushal to a massive cardiac arrest on June 30. The actress is mourning his sudden and shocking demise and has shared a post expressing her grief of missing him. . Raj Kaushal died due to a heart attack at the age of 49 on June 30. Mandira and Raj married in 1999. The duo welcomed son Vir on June 17, 2011. The couple had adopted Tara, who is just four years old, in July last year. 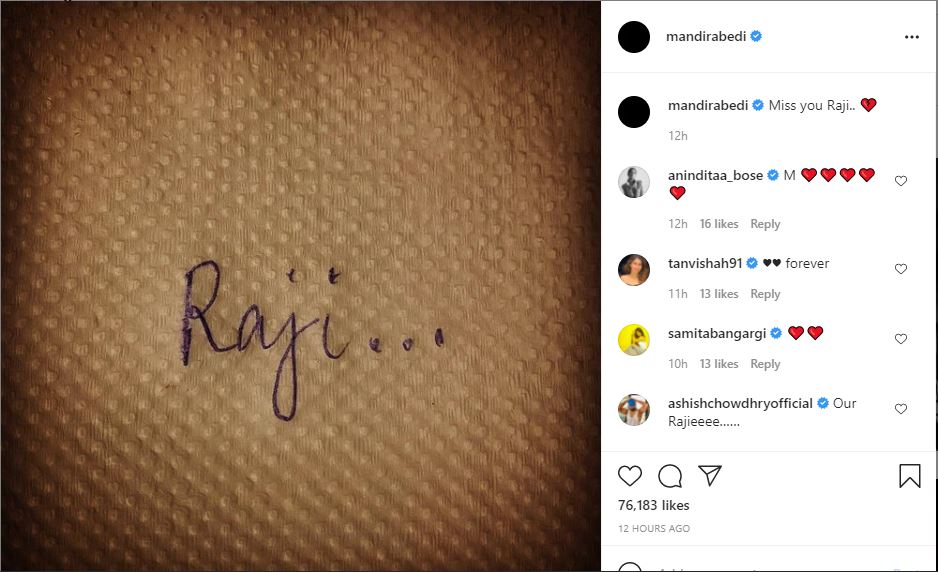 Taking to Instagram, Mandira Bedi shared a picture of a napkin with the word ‘Raji…’ written on it. She captioned the post, “Miss you Raji..,” followed by a broken heart emoji. Reacting to the post, several celebs showered love on her. Actor Anindita Bose wrote, “M”, followed by a bunch of red heart emojis. Actors Satyadeep Mishra, Arjun Bijlani and Samita Bangargi, singer Tanvi Shah and Adhuna Bhabani also dropped red heart emojis. Fans also reacted in the comments section. A fan wrote, “He’s always going to be there watching over you & the kids. I don’t have to say be strong. You are a strong lady.” Another said, “God bless u.. and gives you all the possible strength… to fight…” “You are Brave and Strong soul Mandira,” commented another. “@mandirabedi he is always present with you all the time, everywhere and I am sure you know that already,” wrote another fan. 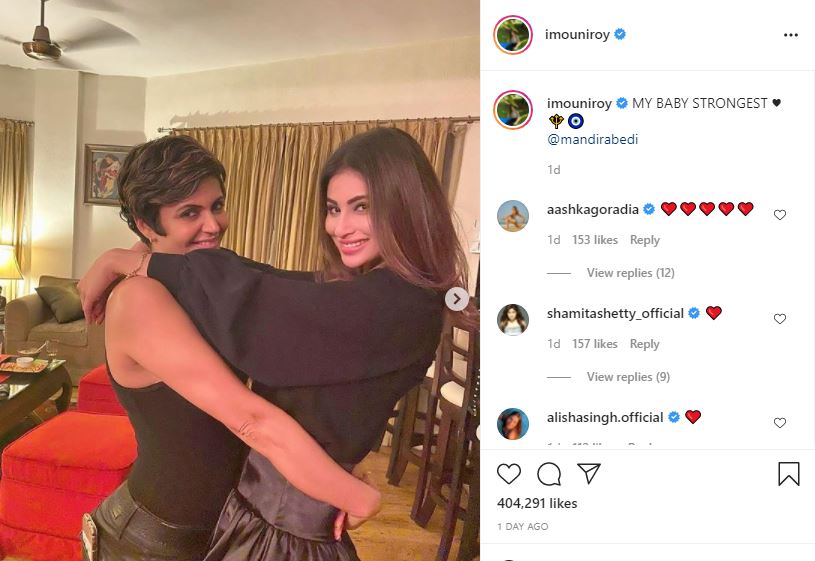 On Tuesday, actor Mouni Roy had shared a post with Mandira on Instagram. Mouni was seen hugging Mandira as they posed for the camera in the photos. She had captioned the post, “MY BABY STRONGEST @mandirabedi.”A few days after Raj Kaushal’s death, Mandira had shared a post on Instagram. She had posted old pictures in which she was seen posing with him. Mandira had captioned the post with a broken heart emoji. 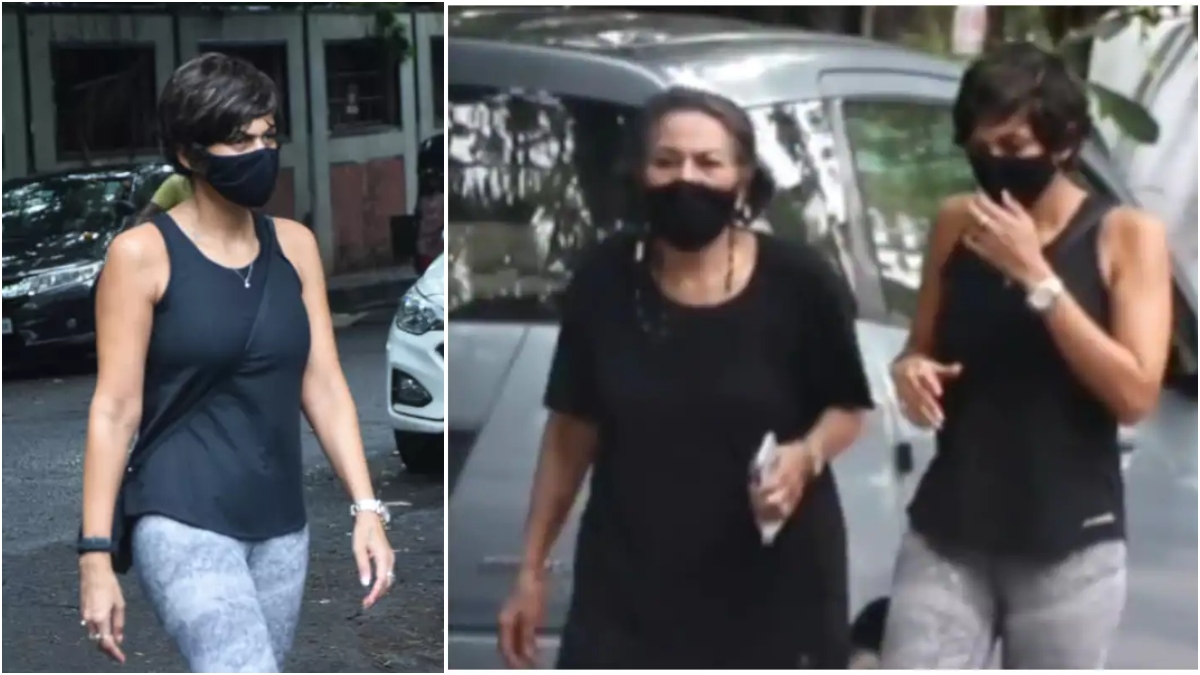 She had also dedicated a post to Raj on Twitter. She had dropped a picture with Raj in which he could be seen smiling and pointing towards the camera. Mandira had captioned the post, “#rip my Raji” followed by a broken heart emoji. Last week, Mandira was seen taking a morning walk in Mumbai accompanied by another lady. It was the first time she was seen outdoors by the paparazzi since her husband’s death. Raj is known for directing films like Pyaar Mein Kabhi Kabhi, Shaadi Ka Laddoo and Anthony Kaun Hai? He had also produced filmmaker Onir’s movie, My Brother… Nikhil.