Mika Singh Says, “Many Singers In Punjab Get Threats From Gangsters”

After the death of Sidhu Moosewala, singer Mika Singh opens up about the threat that Punjabi singers face daily.

Singer Mika Singh is heartbroken about the death of singer Sidhu Moosewala in a shooting incident and shares his worries about the gangster nexus targeting celebrities in the country.

“Everyone in the industry is just shocked to say anything about the tragic incident. But I have to tell you that it is not Sidhu who was getting threats, but a lot of Punjabi singers, including Gippy Garewal and Mankirt Aulakh, have also got threats. And the incident should be a wake-up call for everyone,” says Mika, whose security has also been beefed up as a precautionary measure following the shooting incident.

“Earlier we used to hear about the underworld in Mumbai, aur ab woh underworld Punjab mein shuru hogaya hai, which is a very wrong message. Kal ko celebrities will stop coming to Punjab for shooting or shows,” says the singer, who is currently in Jodhpur filming a reality show.

In fact, he has to live with the regret that he didn’t ask Moosewala to move to Mumbai when he last interacted with him in May. “He came to meet me in Mumbai and was happy that he travelled alone from the airport to my home. I gave him an award four-five years back, and I met him in London. He even asked me how I deal with such threats… Now, I feel bad that I didn’t ask him to shift to Mumbai,” Singh says with disappointment.

Singh feels celebrities have become easy targets, and asserts, “And I am telling you from personal experiences, dealing with threats is very difficult”. 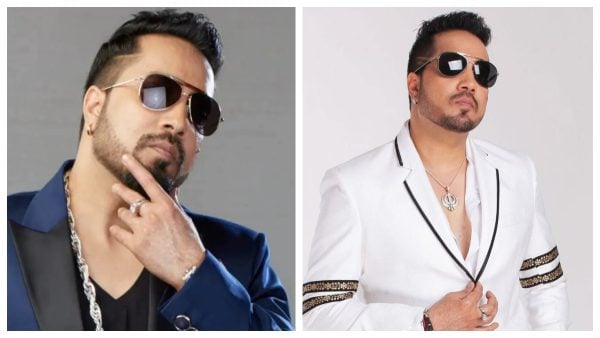 “Ab aisa dar padh gaya hai ke anyone who goes to Punjab will think about this incident. We all loved Sidhu, and I am not blaming the government. But the message is about the gangster or singer, but the question — are we safe in Punjab,” says Singh.

Here, Singh reveals that the gangster nexus became prevalent in the last six years. “Usse phele sab acha tha, and everything was smooth. Now, it is not. Gangster nexus chal raha hai Punjab, Rajasthan, Bihar and UP mein. And stars are easy targets. In fact. artists do give them the money. For instance, recently, Gippy’s film became a huge hit, and uske baad hi usko threat aa gaya and security tight hogai…. But we need to get hold of these people,” he says, adding that a sense of fear has engulfed the industry now.

“Sab daare hue hai, kuch toh post bhi nahi kar rahe hai dar ke maare. Now, many will give them what they want, and not file a complaint against them. We need to speak up about it and find a solution to it, instead of getting into a blame game,” he says while concluding.