Shahid Kapoor’s wife Mira Rajput may never have appeared on the big screen, but her popularity is no less than a Bollywood star. Meera is very active on social media, media cameras also follow her everywhere. Therefore, what Mira does, where she goes, fans want to know about her every activity. Mira stays connected with her fans through her social media accounts.

Sometimes she keeps entertaining fans by sharing romantic videos and sometimes funny videos with her husband Shahid Kapoor. At the age of 21, Mira married Shahid Kapoor. And since then Mira remains in the headlines every day. Even Mira has even shared her bedroom secret during a show.

Actually, in the year 2015, Shahid Kapoor and his wife Mira Rajput had reached the show ‘Vogue BFF’ hosted by Neha Dhupia. There was a segment during this interview ‘Scary Spice’. In this segment, Mira was asked, what is your favorite position on the bed? On hearing this question, Shahid Kapoor was seen a little hesitant and blushing. 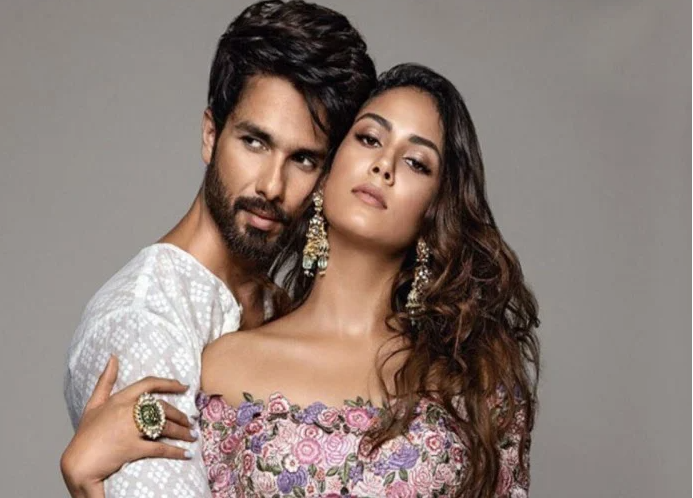 However, Mira was not shy at all. Mira had the option of not answering the question, but she immediately took the question and answered. Mira told that Shahid always tells her what to do in bed. She said, ‘I think he is a control freak. He always tells me what to do. In this interview, Mira also told that when Shahid is sitting with his family, then she does not hesitate to kiss him’.

On this show, Shahid told that Mira often falls asleep wearing his clothes. Earlier in Karan Johar’s show ‘Koffee with Karan’, Shahid had said that Mira often takes away his blanket and is left without clothes in the cold. In this show, Shahid told that he is constantly scared of Mira. If he forgets to lift the toilet seat back down, Mira gives him a lot of lectures. She says, ‘How are you, man? Haven’t people taught you manners?’