Mira Rajput has gotten the world at her feet after marrying the superstar Shahid Kapoor.  She was about to be 22 when she tied the knot with the 13 years elder Shahid Kapoor in an arranged style marriage. Now, she is a mother of two at just 27 and has become the talk of the town for being a product of nepotism as a celeb wife.

Recently, Mira Rajput appeared on the cover of much reputed and prestigious Vogue magazine. Most of the actress try hard and need to make their name through their acting in order to appear on the magazine’s cover. But Mira has done nothing as such. She is just the wife of Shahid Kapoor and has attended a few award shows and red carpet events as his plus 1.

Vogue Wedding Book 2019 had released their edition for this year and the lovebirds, Mira Rajput Kapoor and Shahid Kapoor posed as the cover couple! While for some, Shahid and Mira had stolen their hearts with just one glance at their sizzling chemistry in the pictures, for others, B-town superstar’s wife being featured on the cover became a subject of the trolls. Netizens trolled star wife, Mira for her double standards as she doesn’t support nepotism but chose to feature on a magazine cover just because she is Shahid’s wife. 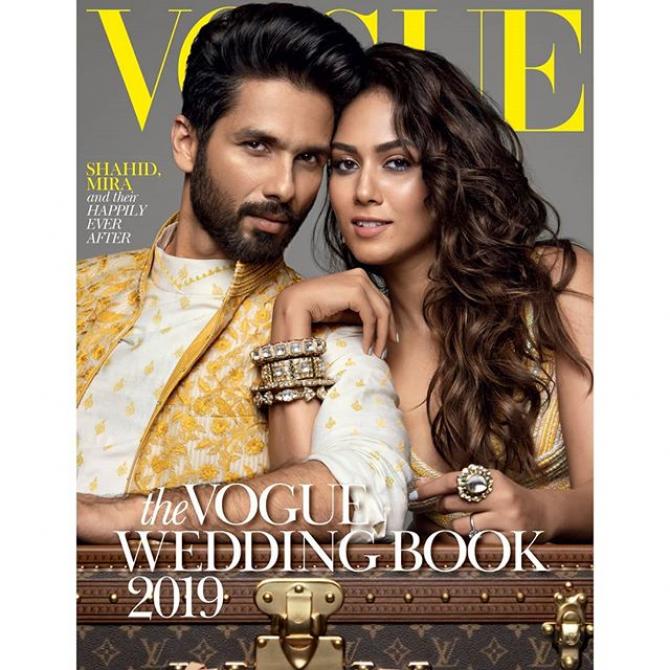 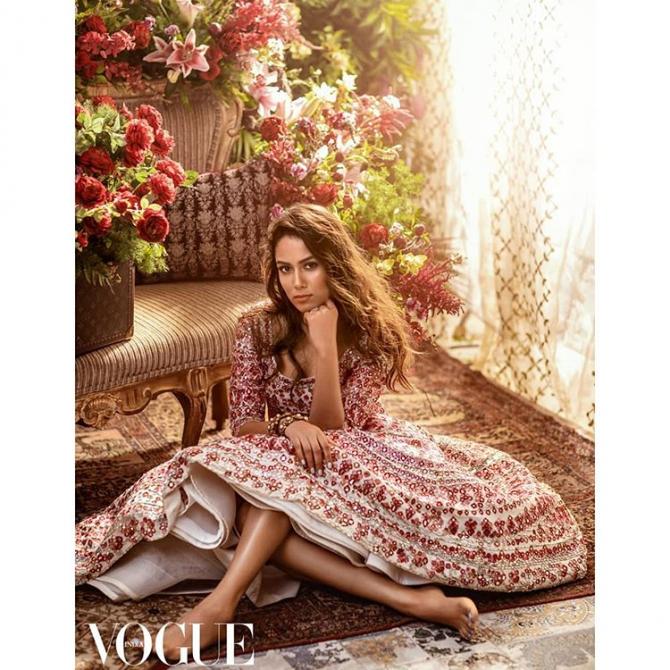 Now she is getting covered on Vogue because she is wife of Shahid Kapoor”, “I thought you were not fond of bollywood, such a nice way of having double standards”, “Married a celeb and gave birth to two of his children, easiest way to reach Vogue”, “when you contributed nothing in group assignment and still end up getting an ‘A'”, “I dont get it! Can anyone be in a vogue cover! Just because u have a celeb husband/wife doesn’t mean you’re entitled to be treated same like a celeb. You gottaa earn some respect for having done something n not just being a trophy wife. Its nothing personal but I think the ppl who actually deserve it should get the chance.” Checkout the screenshots: 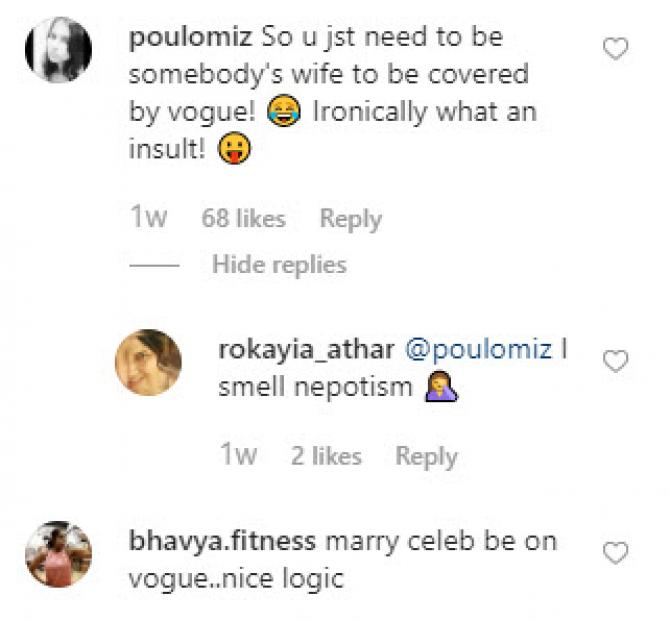 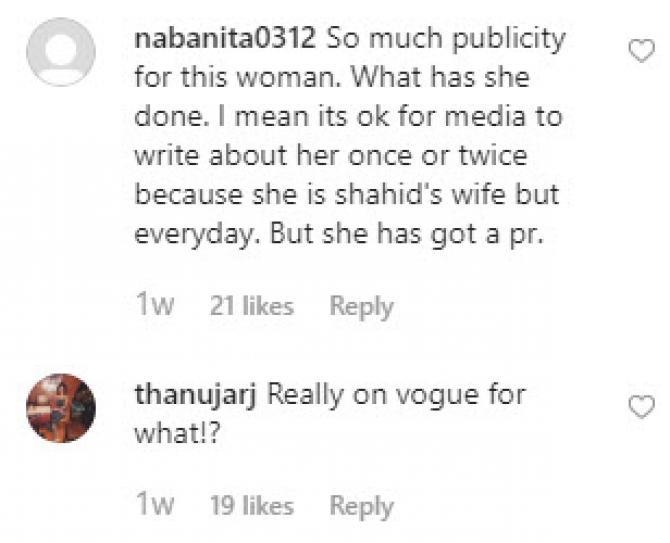 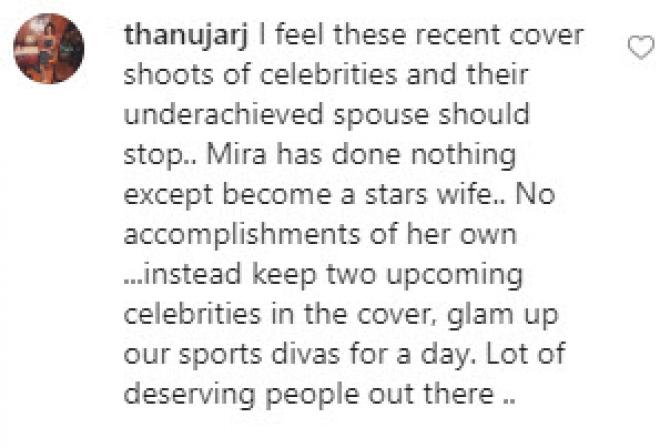 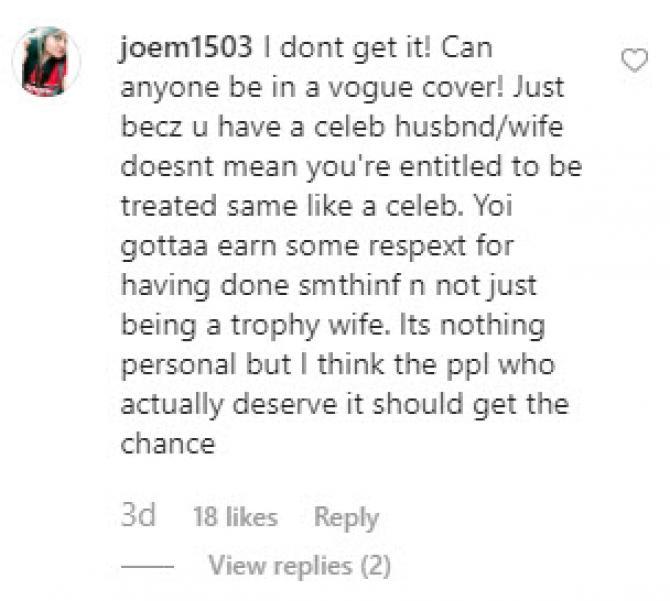 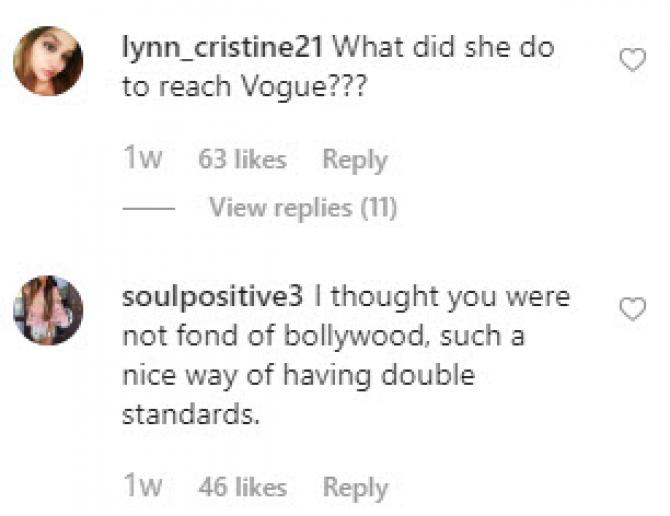 Khushi Kapoor Turns 19, Sister Jahnvi Kapoor Wishes Her “Lifeline” With Unseen Goofy Pictures
Sushant Singh Rajput’s House Help Makes A Big Revelation, Says He Cleared All Their Dues 3 Days Before Suicide
Vicky Kaushal declined and abstained to open about his Relationship status with Katrina Kaif
Deepika Padukone Repeats One Of Her Wedding Dresses On Her First Anniversary Like A Pro