Sonam Kapoor, who is all set to welcome her first child with Anand Ahuja, has been sharing pictures of her pregnancy journey on her Instagram account. This time, the mother posted a picture with a glimpse of her swollen leg. And the actress is going to be the first mother in just a few weeks.

Sonam shared a picture on her Instagram Stories on Thursday and mentioned that pregnancy is not always pretty. The picture shows that the actress’s leg is swollen and she is resting on her bed with her feet propped up on a foot pillow. She wrote, “Pregnancy is not pretty sometimes.” 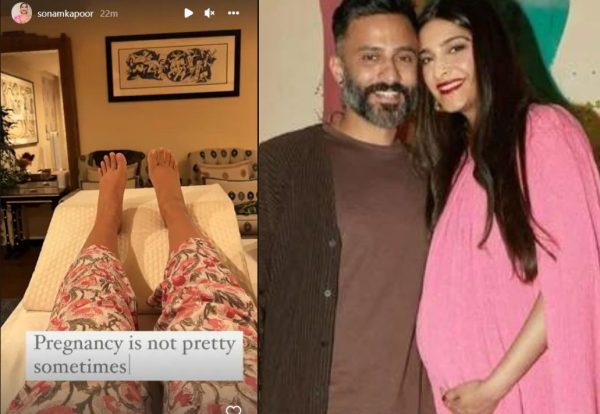 On May 8, 2018, she tied the knot with businessman Anand Ahuja. On Instagram in March this year with a maternity photo shoot, they announced their pregnancy. They captioned, “Four hands. To raise you the very best we can. Two hearts. That will beat in unison with yours, every step of the way. One family. Who will shower you with love and support? We can’t wait to welcome you.” 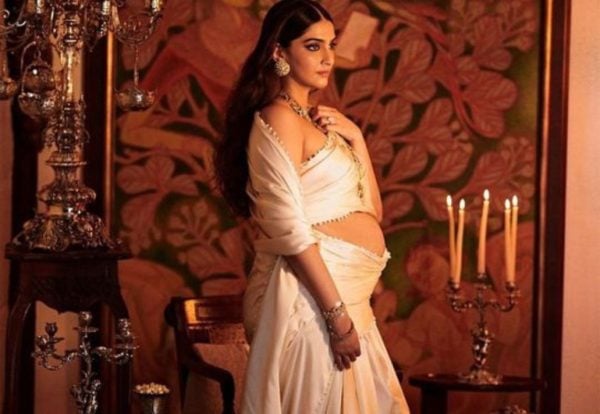 They enjoyed a ‘babymoon’ in Italy as she entered the third trimester of her pregnancy in June. At their residence in London before returning to Mumbai, a baby shower was also held. Several reports claim that they will welcome their child in August. The mom-to-be said that she knows Anand is going to be ‘the best dad.’ Anand said that Sonam is his ‘inspiration’ and ‘reason’ to learn, grow and improve. Anand also received a vote of confidence from his father-in-law, actor Anil Kapoor, who said he is going to be a ‘phenomenal’ father.