Actress Mouni Roy, who made her Bollywood debut after the TV industry, is in the news these days due to the news of her marriage. Mouni is dating Dubai-based businessman Sooraj Nambiar and the actress has been in Dubai for a long time. It is being claimed that Mouni and Sooraj will tie the knot in the year 2022. Amidst all this news, Mouni Roy has shared her hot pictures on social media, in which she is seen having fun in her bedroom. 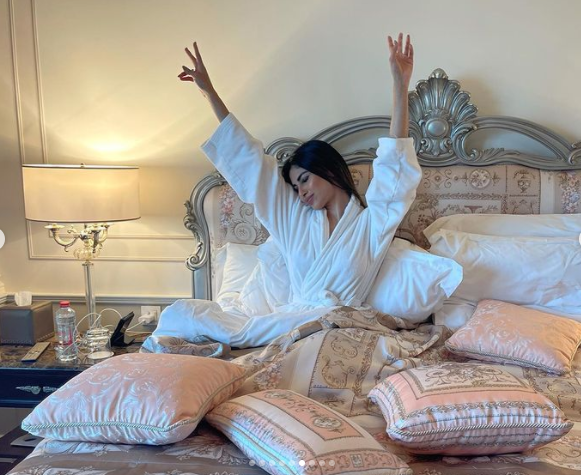 Mouni Roy has shared some pictures on her official Instagram account, in which she is seen in her bathrobe. Looking at these pictures, it can be guessed that Mouni is in a very fun mood. It is seen in the picture that Mouni is sitting on her bed wearing a bathrobe and posing in different ways for the camera. This glamorous style of hers has won the hearts of the fans. Apart from this, Mouni Roy has also shared a photo of coffee, in which the photo of the actress remains. At the same time, with this, the actress has shared some lines of writer Oscar Wilde too. 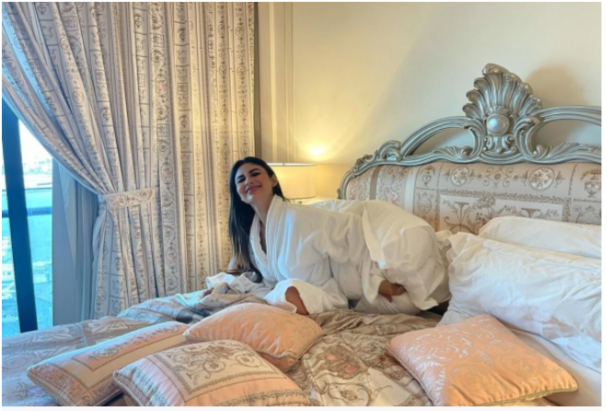 With these pictures, Mouni has written, ‘Wake up makeup work chill.’ Fans are very fond of these pictures of Mouni. Users are giving their feedback fiercely on these pictures. Many users have put heart emojis on these pictures.
Mouni started her career with ‘Kyunki Saas Bhi Kabhi Bahu Thi’. After that, he got ‘Kasturi’, ‘Devon Ke Dev Mahadev’, ‘Naagin’, ‘Naagin 2’, ‘Tashan-e-Ishq’, ‘Junoon’, ‘Aisi Hate to Kaisa Ishq’, ‘Krishna Chali London’, ‘ Seen in ‘Jhalak Dikhhla Jaa 9’, ‘Ek Tha Raja Ek Thi Rani’. However, the actress got her real identity from Colors TV’s serial ‘Naagin’.