Ten years after the Nirbhaya incident, the country is once again shaken. The Shraddha Walker murder case has once again troubled the entire nation and made us think. From the common man to celebs, everyone is in awe of the younger generation. Some are advising them to stay away from social media, while some are advising them not to believe in the virtual world. Actor Mukesh Khanna, who made his mark with the remaining ‘Shaktimaan’ serial, has addressed the young generation. 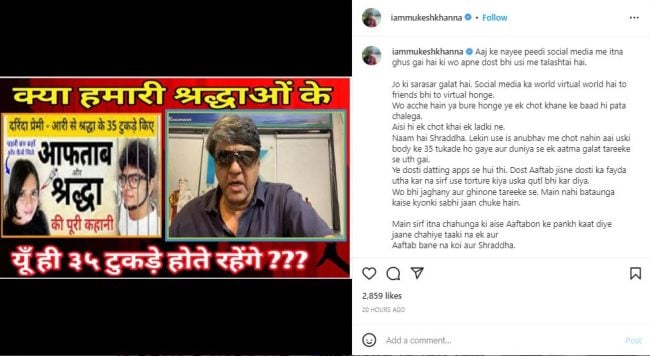 The actor shared the post on Instagram and wrote, ‘Today’s new generation has entered social media so much that they have started searching for their friends in the same. This is wrong. The world of social media is a virtual world, so friends must also be virtual. Whether they are good or bad, they will be known only after getting hurt. One such girl got hurt. The name is Shraddha.

Continuing his talk, the actor wrote, ‘But he was not hurt in this experience but his body was cut into 35 pieces and another soul left the world in a wrong way. This friendship happened through dating apps. Friend Aftab not only used him by taking advantage of his friendship but also tortured and killed him. That too from a shocking and disgusting date. I will not tell how because everyone has already known. All I would like is that the wings of such storms should be cut off so that there can never be a storm again and there will be no reverence. 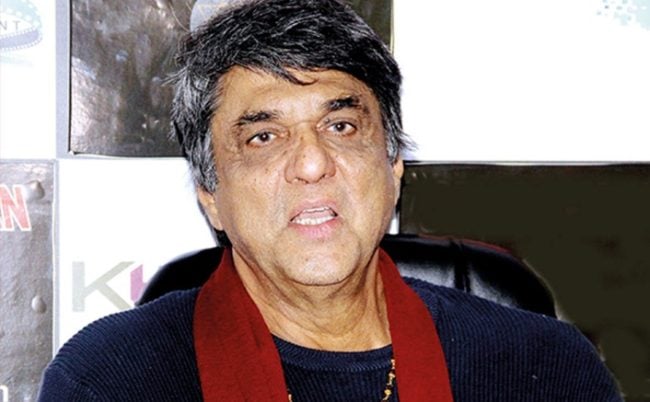