Naga Chaitanya Akkineni on Friday shared a photo with actor Aamir Khan, Kiran Rao and director Advait Chandan from Laal Singh Chaddha’s sets. “Grateful #Bala #LaalSinghChaddha,” the actor wrote, confirming that he is a part of Aamir’s upcoming production. Naga is dressed in army fatigues in the photo. Naga Chaitanya plays a character named Bala, a soldier from South India. In the photo, both Naga Chaitanya and Aamir are seen dressed like soldiers. The shooting for the movie is currently taking place in Ladakh, and reportedly, Chaitanya will complete the shoot for his part in July itself. The project also marks Chaitanya’s Bollywood debut. 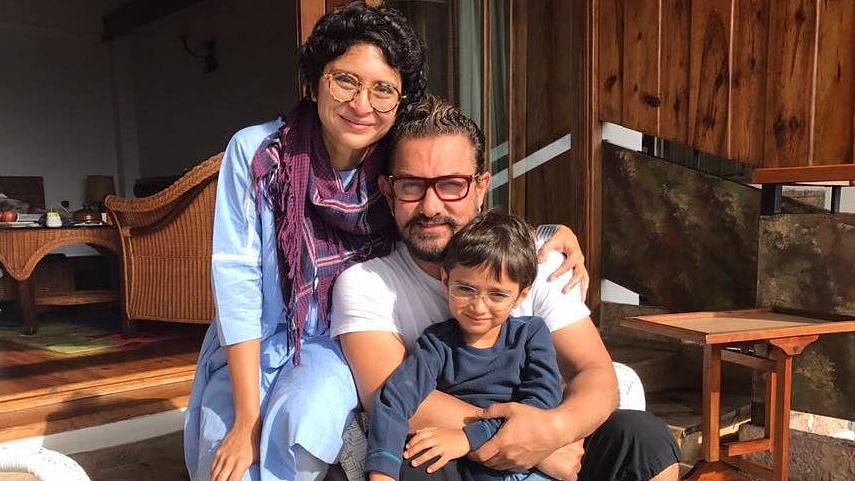 This is the first photo featuring Aamir and Kiran together after they announced their divorce on Saturday. The couple had said in their statement that they will continue to work together. “We remain devoted parents to our son Azad, who we will nurture and raise together. We will also continue to work as collaborators on films, Paani Foundation, and other projects that we feel passionate about,” the statement had said. Laal Singh Chaddha is the official Hindi adaptation of Tom Hanks featured cult-classic Forrest Gump. Aamir Khan and Kiran Rao are producing the movie under the Aamir Khan Productions banner in association with Viacom18 Studios. Kareena Kapoor plays the female lead. The project is scheduled for a Christmas release. The film is expected to release at the end of this year. 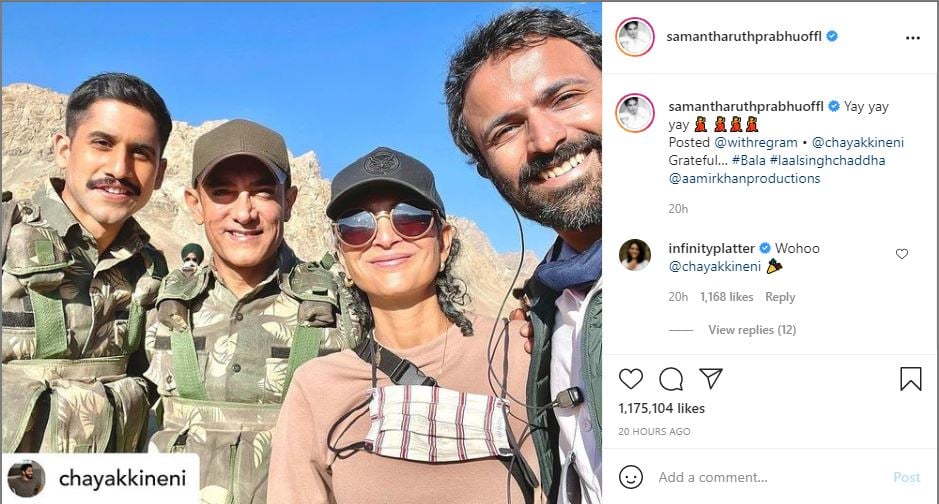 Samantha Akkineni, who recently resumed shooting for Gunasekhar’s Shaakuntalam, took to Instagram to cheer her husband, Naga Chaitanya, on his new project with Aamir Khan. The Thank You actor will play Bala in Laal Singh Chaddha, which is being shot in Ladakh. After Naga Chaitanya shared a picture from the sets of the film, Samantha reposted it with a quirky caption. She wrote, “Yay yay yay (sic).” Samantha Akkineni and Naga Chaitanya worked together on the sets of 2009 film Ye Maaya Chesave. Soon, sparks flew and the two began dating. The couple tied the knot in October 2017 in Goa. They adopted a pet puppy, Hash soon after. On the work front, Naga Chaitanya’s Love Story is ready for a worldwide release while his Thank You with director Vikram K Kumar is in the last leg of its production. Dil Raju is the producer for this love drama.