Ukraine and Russia’s dispute is not going to solve soon as Both the countries are trying to fight their own battle for prestige. It took more than a month and the war between the two countries is still on. Many political ethics and celebs shared their views and support towards Ukraine as it faces a hard time in its history. On this, actress ‘ Priyanka Chopra also shared a post via her Twitter account to urge Ukraine. But this time ‘ PC’ is slammed and targeted by the netizens for her silence on ‘ The Kashmiri Files’. 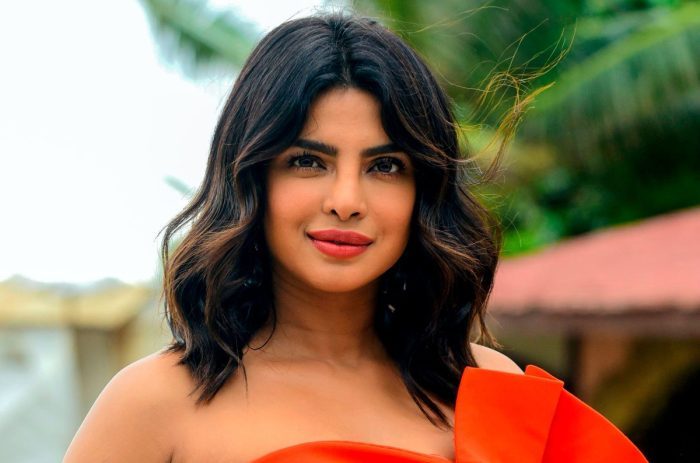 In her tweet, Priyanka Chopra shared a video to urge support for Ukraine. She captioned it, ” World leaders, we need you to stand up for refugees around the WORLD to ensure that they get the support they need now. We can’t just stand by and watch. it’s gone on too long!”. In the video, Priyanka said, ” It is one of the fastest large-scale displacement of children since World War 2. None of these children will ever be the same after what we have seen”.

World leaders, we need you to stand up for refugees around the WORLD to ensure that they get the support they need now.

We can’t just stand by and watch. it’s gone on too long! pic.twitter.com/dLYeDnhb5Z

As soon as the video dropped on the internet, netizens reacts to her video. Some of them slammed Desi girl to talk about Ukraine but didn’t say a word about ‘ Kashmiri Pandits’. One user wrote, Did you ever speak for #KashmiriPandits and #KashmiriPanditsGenocide @priyankachopra . You went to camp of Rohingya and other refugees. You did show in which u showed Indian is bad and Pakistani is good. You said bollywood is all about hips and b@@bs, r u Hindustani? 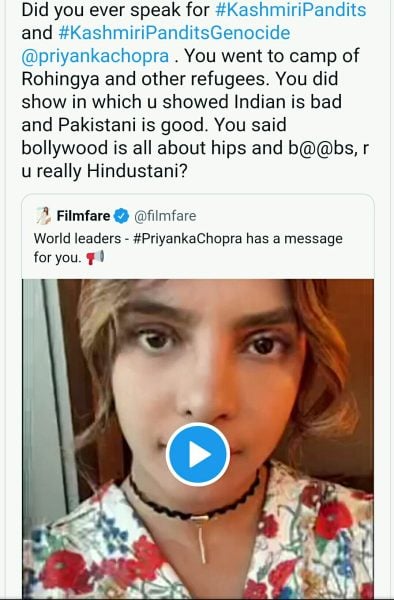 Then another tweet reads, Where were these armchair activists when #Yemen was bombed & still bombed, Millions of people were persecuted post-USA lead coup in Iraq, Libiya….
Has this hypocrite ever heard of Palestinians, Rohingyas, Afghanis, Yemenis, Syrians, Iraqis, Kashmiris or lynchings, hate speeches, ongoing communalism on daily basis in India? This is soft sanghi at play & typical UC tactic of showing selective concern…Tch tch what a slimeball

Let’s see after all these reactions what will PC has to say. Priyanka Chopra will soon be seen in ‘Jee le Zara’ with Alia Bhatt and Katrina Kaif.