Netizens troll Malaika Arora and her son Arhaan Khan, as well as her sister Amrita Arora, were seen exiting a restaurant. Malaika Arora is the subject of yet another internet troll. The actress was caught outinging with her son Arhaan Khan and sister Amrita Arora yesterday, but the footage hasn’t gotten the attention of netizens who are mocking her for her dress choice. Malaika Arora is a fashionista, and while some mock her for her daring fashion choices, others appreciate her for her extravagant wardrobe. Take a look at her photos by scrolling down. 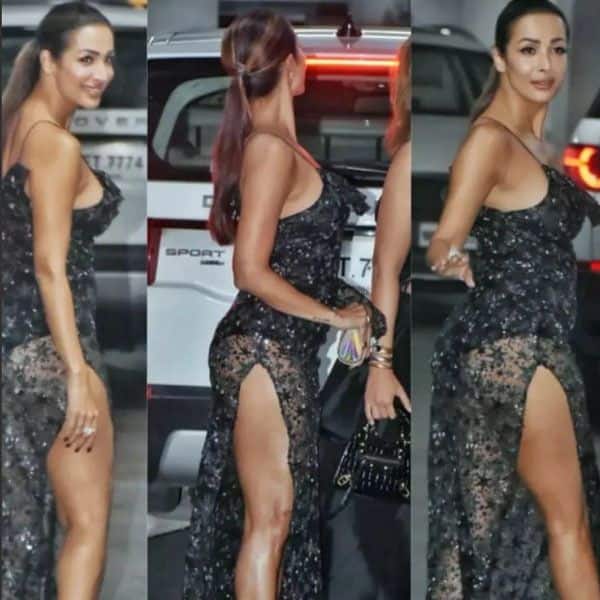 Malaika is well-known for her fashion sense on social media. With more than 15 million Instagram followers, the model has a sizable fan base. She is well-known not only for her stylish sense, but also for her exercise regimen. She’s frequently seen leaving her yoga lessons dressed up for the gym.

Malaika Arora was seen exiting a restaurant with her son Arhaan Khan and sister Amrita Arora yesterday. The diva wore a striped blouse that was large and matched with shorts that were hardly visible due to her shirt.

A cap, a Bottega Veneta bag, and casual flip flop slippers completed Malaika Arora’s ensemble. Take a look at the photo below to see what I mean: Isn’t it amazing how she can pull off a simple look with such poise and elegance? What are your opinions on Malaika Arora’s dress choice being mocked by the internet? Tell us in the comments section below.