Newlyweds Yami Gautam and Aditya Dhar are back in Mumbai

Yami Gautam and Aditya Dhar were spotted at the Mumbai airport as they returned from Himachal Pradesh after their intimate wedding. The couple tied the knot on June 4 in the presence of their family and friends. At the airport, the actress was seen in a salwar kameez with red bangles. She also wore dejhor earrings, worn by Kashmiri married women. Aditya Dhar, who wore a black jacket and blue jeans at the airport, is a Kashmiri. The couple covered their faces with masks and face shields. 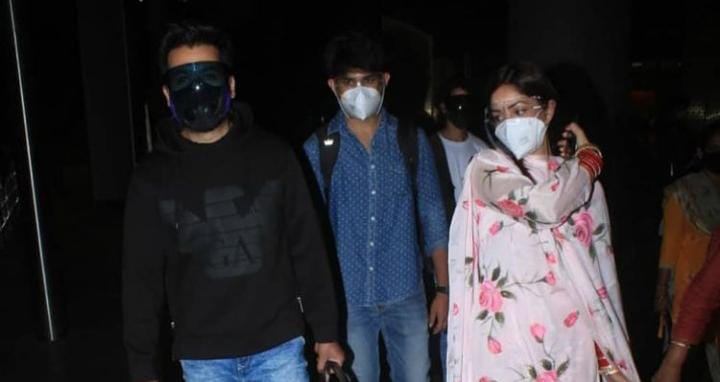 After their intimate traditional wedding in the hills of Himachal Pradesh, Yami Gautam and Aditya Dhar have finally returned to Mumbai. On Friday, the couple was spotted at the Mumbai airport. Yami was seen wearing a white suit with large pink flowers all over. She also wore the traditional red churas (bangles), worn by newly married Hindu women. One can also spot dejhor earrings on Yami’s ears. Dejhor earrings are worn by Kashmiri married women. Aditya Dhar is a Kashmiri and therefore Yami wore the traditional Kashmiri earrings. She covered her face with a mask and a face shield. Aditya Dhar, on the other hand, kept it quite casual for his airport look. He wore a black jacket and blue jeans. He completed his look with dark sunglasses and a face mask. 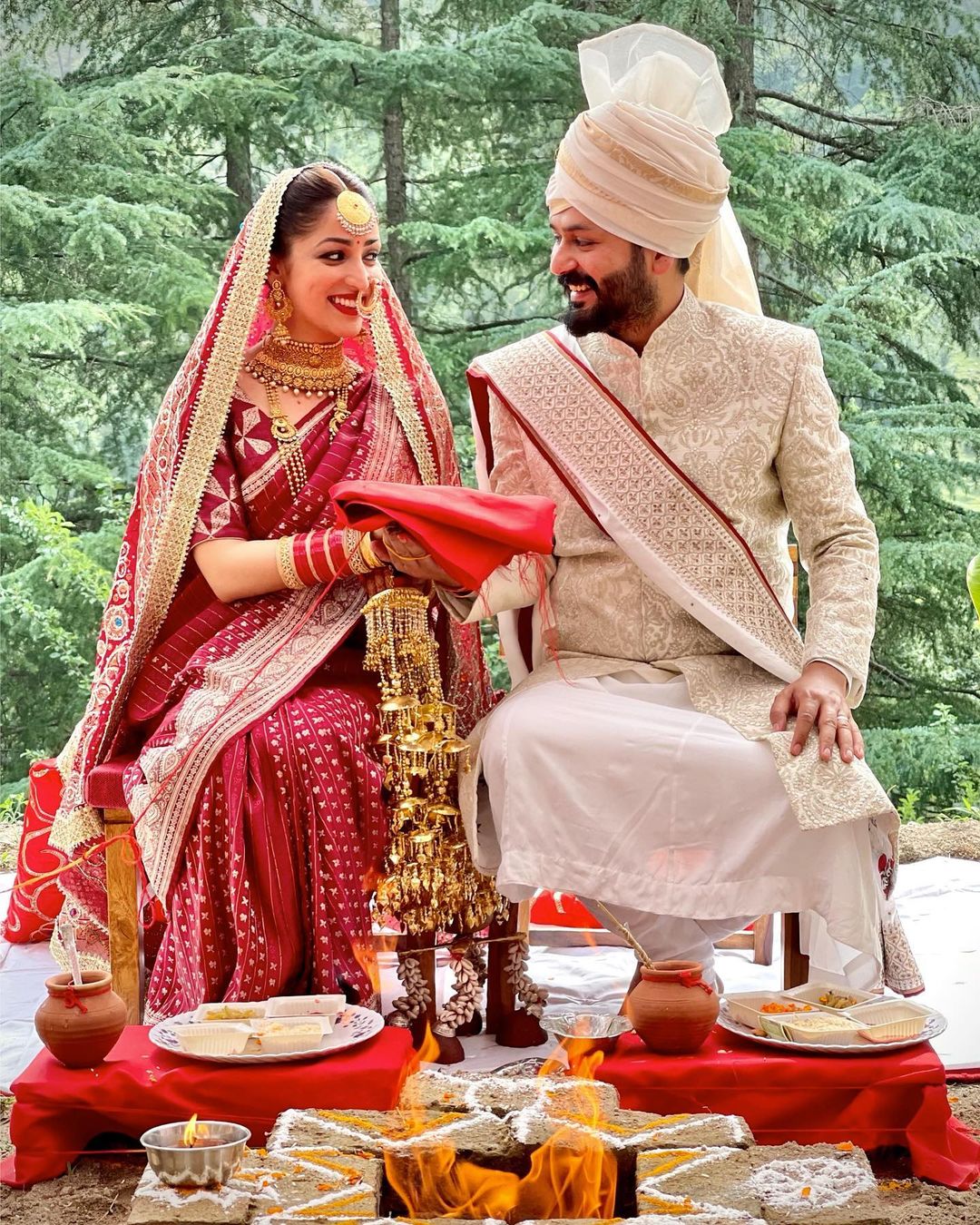 Yami Gautam and Uri director Aditya Dhar got married in an intimate wedding ceremony. The Vicky Donor actress posted a picture from the wedding on Twitter to share the good news with her fans and followers. She captioned it, “With the blessings of our family, we have tied the knot in an intimate wedding ceremony today. As we embark on the journey of love and friendship, we seek all your blessings and good wishes. Love, Yami and Aditya (sic).” Yami Gautam and Aditya Dhar worked together on the 2019 film Uri: The Surgical Strike. The film stars Vicky Kaushal in the lead role. While Aditya Dhar directed the film, Yami played the female lead. 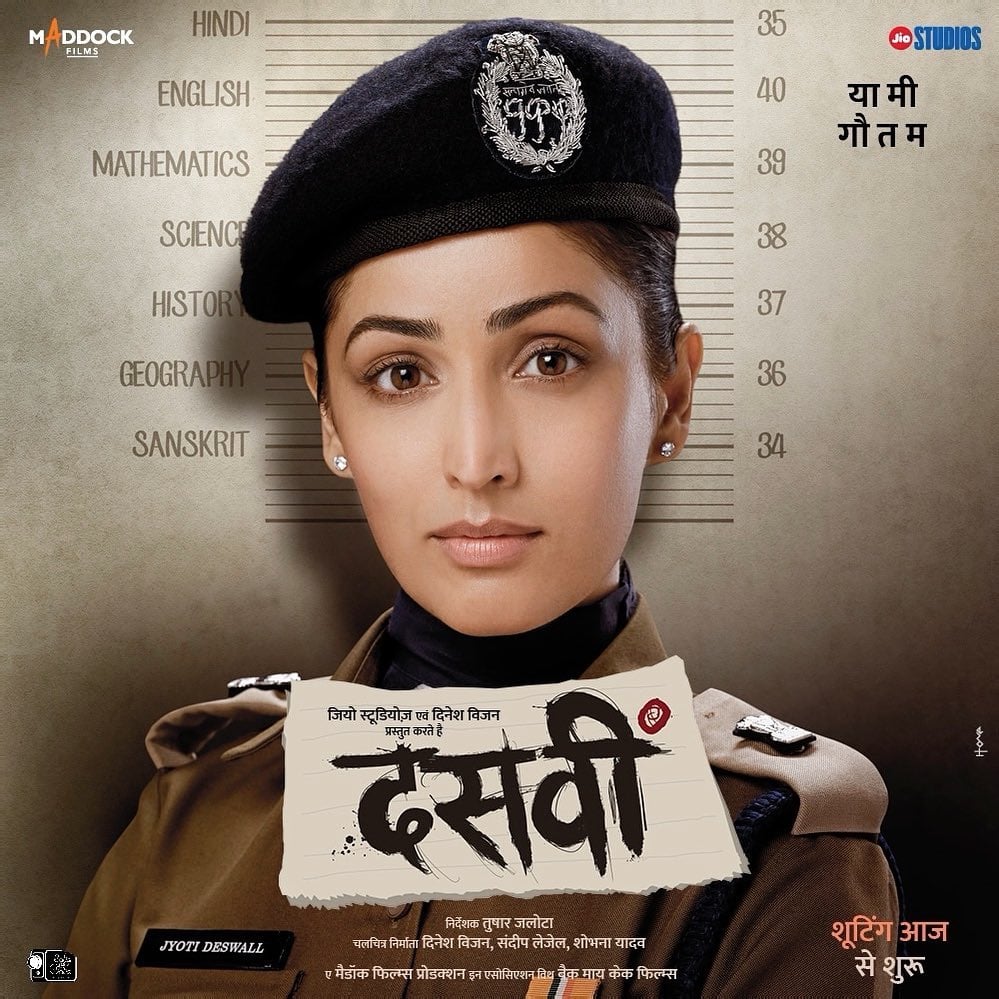 Yami will be seen essaying the role of an IPS officer in Dasvi. She is also a part of Bhoot Police, co-starring Saif Ali Khan, Arjun Kapoor, and Jacqueline Fernandez. It is scheduled to release on September 10, 2021. Yami’s first movie was Vicky Donor with Ayushmann Khurrana. She was also seen in Kaabil, Sanam Re, Bala, and Ginny wed Sunny.