Nisha, Payal, Sara & Poonam Gets Trolled For Not Knowing The Name Of The President; Says, “It Is Very Shameful”

Bollywood actress Kangana Ranaut’s recently started reality show Lock Upp remains in constant discussion. The fights between the prisoners in the show and the revelations about their personal life are constantly in the headlines. In such a situation, now the audience is also seen taking interest in this show. Meanwhile, actresses Nisha Rawal, Payal Rohatgi, Sara Khan, and Poonam Pandey are getting trolled fiercely on social media while performing a task in an episode of the recently aired show.

All four actresses are facing criticism on social media due to their poor general knowledge. In the recently aired episode, the Blue team and Orange team were given a task called Akal Badi ya Bhains. Under the task, both the teams had to choose 4 members from their team. In this sequence, both the teams sent their strongest and wisest players forward.

Poonam, Payal, Siddharth, and Babita were selected to answer general knowledge questions from the Orange team to perform the task. At the same time, Nisha, Sara, Shivam, and Tehsil were sent forward from the blue team. Meanwhile, these actresses are being trolled for not being able to answer a question asked in the task. The name of the President of India was asked from all four. But the four actresses failed to name the country’s President Ram Nath Kovind.

During this, Payal Rohatgi, who often gives her opinion on political issues on social media, is being targeted the most by the netizens. One user wrote while tweeting, It is very shameful that 4 members of Lock Upp Nisha Rawal, Payal Rohatgi, Sara Khan, and Poonam Pandey could not name the current President of the country. 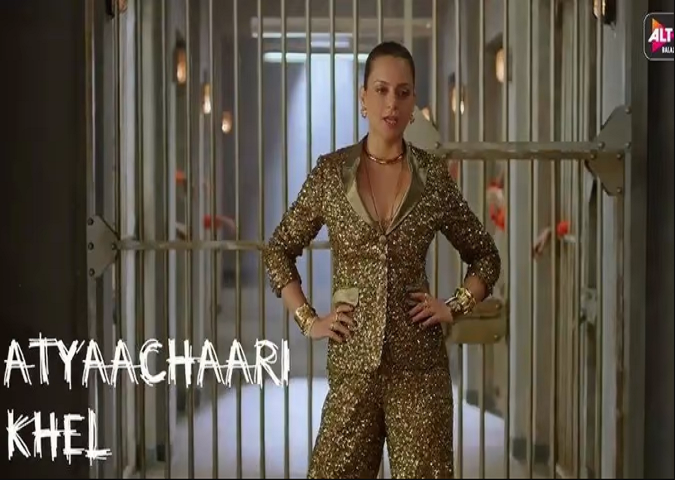 While targeting Payal, a user said that on social media Payal gives so much knowledge by copy-pasting from Google and there was no answer in GK Quiz. Payal didi would have told the name of the President even Modi. The name of the President of the country is not even known. Another user wrote, Payal and Poonam want to lead the team, but could not answer a simple question.

Talking about the show, this reality show directed by Ekta Kapoor is being hosted by Kangana Ranaut. Anjali Arora, Munavvar Farooqui, Babita Phogat, Siddharth Sharma, Karanvir Bohra, Shivam Sharma, and Tehseen Poonawalla are currently seen as contestants in the show. At the same time, TV actor Karan Kundrra is seen in the role of the jailer. The show can be watched for free on MX Player and Alt Balaji.