Being launched in the industry by the biggest filmmaker is like a dream come true. After launching the three most talented actors, Varun Dhawan, Alia Bhatt, and Siddharth Malhotra with Student Of The Year, the magnanimous filmmaker, Karan Johar is launched two new beauties in the industry. And we all know who those two are. They are Ananya Pandey and Tara Sutaria.

Trolling seems to have become a part and parcel of being a celebrity today. Social media has given the netizens a platform to unabashedly share their views and some are creepy as hell. Many Bollywood stars have become the target of internet trolling at the hands of these trolls and Tara Sutaria has become their latest victim for her outfit at Malaika Arora’s birthday bash. She has made her fans upset with her fashion choices. She has a great fashion sense and we have seen her making statement looks and impressing her fans but this time, her outfit was totally a turn off and netizens have a lol to say on the same. It was Malaika Arora’s birthday on October 22, where many Bollywood celebrities were gathered. For the party, she wore a three-piece black dress that comprised a tiny crop top, a matching skirt and a black blazer. She carried a clutch of the same colour and a pair of shoes that matched her outfit. She kept her hair loose and make-up was minimal. Have a look:

Now, this is how people brutally slammed her: 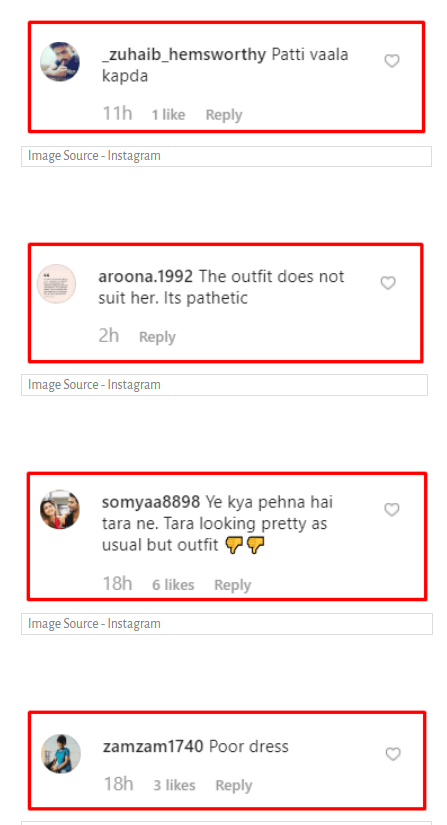 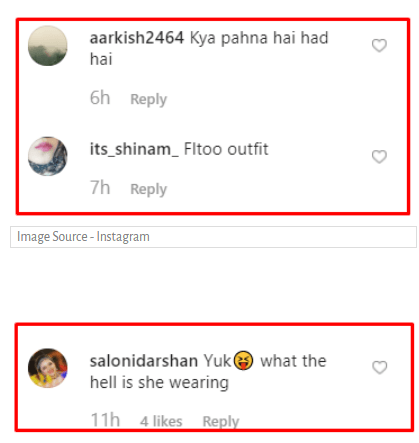 Debutante Tara Sutaria once told that she used to get affected by the trolls initially but now she knows that it is a part and parcel of her job.

Other than her, many Malaika’s close friends including Ananya Panday, Kareen Kapoor Khan, Janhvi, Amrita Arora, Shilpa Shetty and off course her boyfriends Arjun Kapoor were present at the bash. On the work front, Tara Sutaria is busy with her upcoming film, ‘Marjaavaan’ opposite Sidharth Malhotra. She will be seen as his love interest in the revenge drama. The movie is directed by Milap Zaveri and will hit the theatre on November 15.