TMC MP Nusrat Jahan has found herself entangled with the news these days, and interestingly, she makes up most of the spice that fills the papers, for the media seems divided over her controversial separation from businessman beau Nikhil Jain.

Amid her exit from the nuptials, she also hit headlines for rumors regarding her pregnancy. Nikhil left a bitter statement regarding the same. He went on saying that he had no idea about her pregnancy, and if they were true, then he was sure that she wasn’t pregnant with his child.

And now, few pics of the actress have fueled the ever-raging fire on social media, and it is essential to note that this includes the actress flaunting her first-ever baby bump and the sizzling chemistry oozing through the collection of pixels between her and actor-politician Yash Dasgupta. 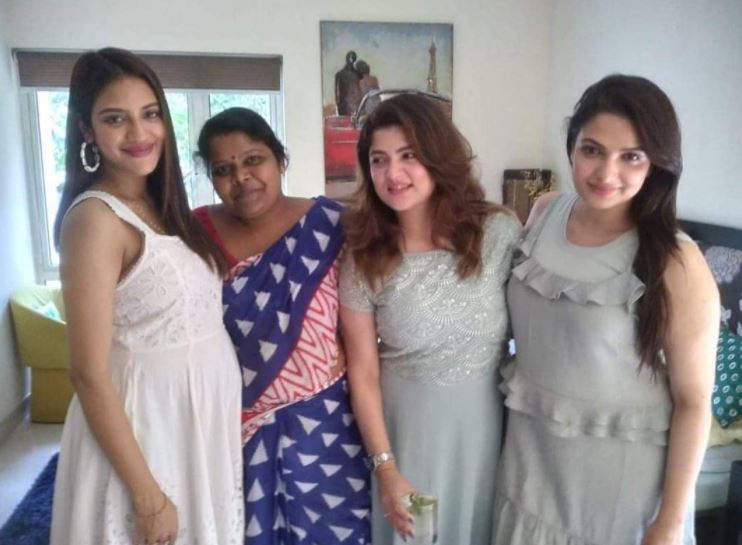 Nusrat recently announced her split in an outrageous open letter from Nikhil Jain saying ‘the marriage was invalid’ in India as it happened following Turkish regulations, and that they were in a live-in relationship. But Nikhil had to say otherwise.

He took to media to slam her and said that she ‘procrastinated’ their marriage registration and also added that after the wedding rituals, they lived in the same mansion as husband and wife, and this revelation of his had a lot more to tell in the truth.

He wrote, ‘I proposed to Nusrat which she gladly accepted and we went for a destination marriage in Bodrum, Turkey in June 2019 followed by a reception at Kolkata.’ Jain claimed that even though he devoted all this time to her, within a short period of time, her attitude towards him changed.

Nusrat and Yash Dasgupta starred together in the Bengali film SOS Kolkata in 2020, and many speculate that BJP’s Yash must be the prime reason why their marriage went downhill.

Though Nusrat hasn’t commented anything, mommy-to-be’s pictures confirm everything the Netizens need to know.