Almost every other day, Salman Khan’s upcoming flick Kabhi Eid Kabhi Diwali makes the news. While it has been claimed that the picture has been renamed ‘Bhaijaan,’ the film continues to make headlines in terms of who is joining or quitting the cast. So, there’s a new update now. According to rumors, Palak Tiwari will not appear in the film.

That’s true, you read that correctly. According to reports, Shweta Tiwari’s daughter, who appeared in Harry Sandhu’s Bijlee Bijlee, will now appear in this much-anticipated film. Continue reading to learn more about her position. 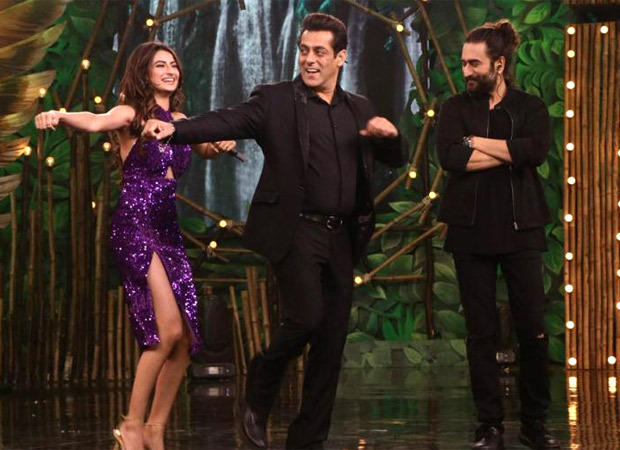 Palak Tiwari will join the cast of Salman Khan’s Kabhi Eid Kabhi Diwali, according to a Kabhi Eid Kabhi Diwali unit hand. “Palak was handpicked by Salman himself,” the source informed the publication. She has an incredible track in the film and will be featured opposite Jassie. She has decided to participate in the shoot.”

Prior to Palak Tiwari’s casting as the female protagonist opposite Jassie Gill, there were rumors that Shehnaaz Gill, who rose to fame after appearing on Bigg Boss 13, would be cast opposite him in Kabhi Eid Kabhi Diwali.

This anticipated action-comedy, directed by Farhad Samji, is said to star Venkatesh, Pooja Hegde, Raghav Juyal, and Siddharth Nigam in addition to Salman Khan, Shehnaaz, Palak, and Jassie. Palak’s acting skills will be showcased on the silver screen soon, thanks to such a big-budget Hindi film. Palak previously worked as an associate director on Ayush Sharma and Khan’s film Antim: The Final Truth. When she arrived to promote her song, she shared the stage with Bhaijaan in an episode of Bigg Boss 15.

Aayush Sharma was also a part of the film Kabhi Eid Kabhi Diwali, however, he dropped out due to creative issues.