American actor-comedian Pete Davidson he is going through trauma therapy after his breakup with Kim Kardashian.

Pete who broke up with Kim Kardashian last weekend had a feud with Kim’s husband Kanye West. This all started when Kim and Pete declared their relationship on a late-night talk show. This is while her still being married to Kanye West. This began a cold fight between Pete and Kanye where both these celebrities mocked each other on various platforms. But matter rose to new heights when after this break up Kanye West share a threatening post on Instagram with a fake New York Times newspaper. It had an article stating “Skete Davidson dead at the age of 28.” 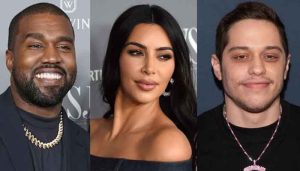 In March this year, Kanye West released the music video of a song named easy where he depicted boring a claymation version of Davidson. Though that video Was taken down later and West was banned from Instagram due to the harassment. Various threats were sent to him on various social media sites by the fans of Kanye West which led to him Deactivating his Instagram after getting into a relationship with Kim Kardashian.

According to sources he’s going through trauma therapy mostly due to all the problems he faced from Kanye West. Even Kim Kardashian herself shared compassion for him following their breakup. Pete Davidson who is now shooting the film in Australia said that he has no regrets about him being in a relationship with Kim. He says that he had many happy memories with her and wants to move on happily.