Katrina Kaif recently shared the first-ever look of her upcoming film Phone Bhoot’, co-starring Siddhant Chaturvedi and Ishaan Khatter. Bollywood diva Katrina Kaif, who was last seen in Sooryavanshi alongside Akshay Kumar, is now gearing up to wow audiences with her upcoming film Phone Bhoot. This time, the actor will appear alongside Siddhant Chaturvedi and Ishaan Khatter. Katrina has a long-acting career, but Phone Bhoot will be her first horror comedy. After much delay, the film’s creators recently released a hilariously scary clip from the upcoming film. 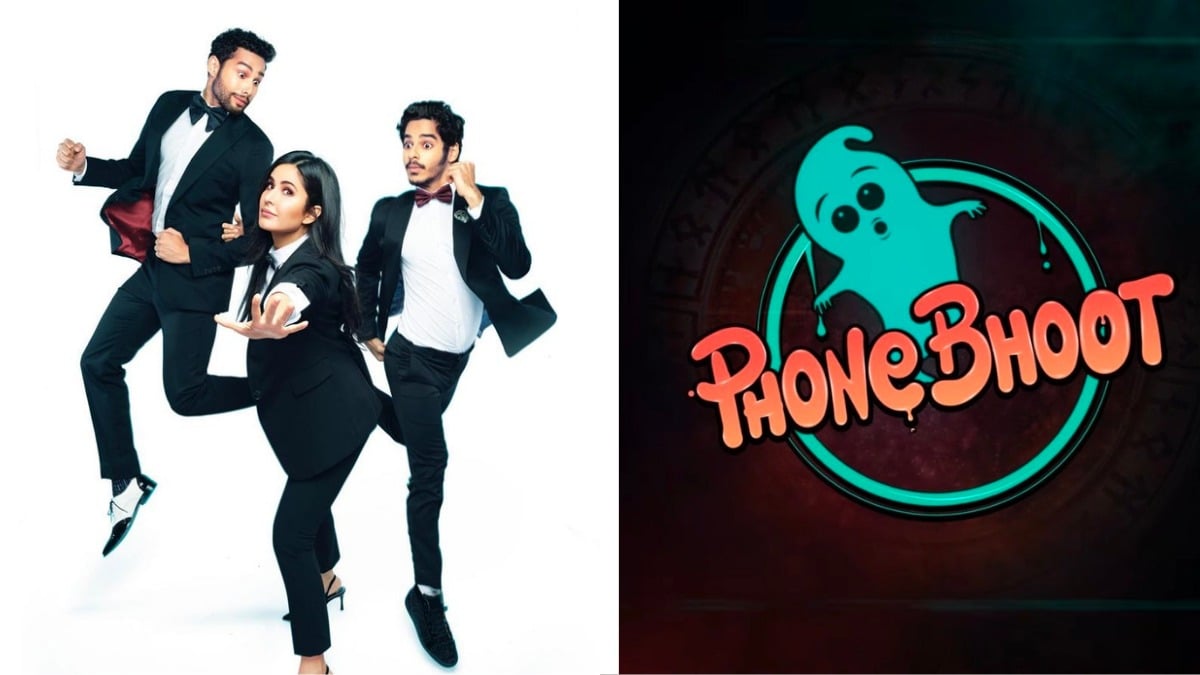 In the poster, we get a glimpse of Katrina and Ishaan wearing a slightly different look. In addition, he said, “Meet my most quirky character, Gullu. Try to guess his full name.” The poster also features Jackie Shroff, Sheeba Chaddha, Nidhi Bisht and Surender Thakur as ghosts in the background, along with Katrina, Ishaan and Siddhant.

Check out the poster here: 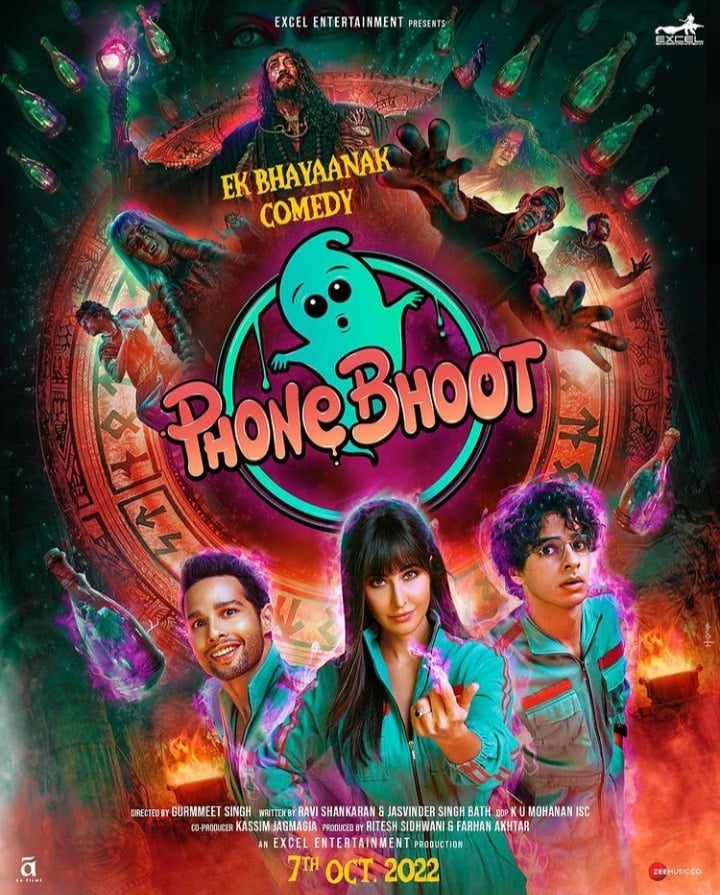 Both Siddhanth Chaturvedi and Ishaan Khatter appear to have had a good time filming with Katrina Kaif. The trio was also seen playing badminton on the set of the film in one of the viral videos. Siddhant Chaturvedi revealed earlier this year that he will be working with Katrina in the upcoming film. Siddhant Chaturvedi called Katrina Kaif his “bro” and said working with her was a “fun” experience during an interview. 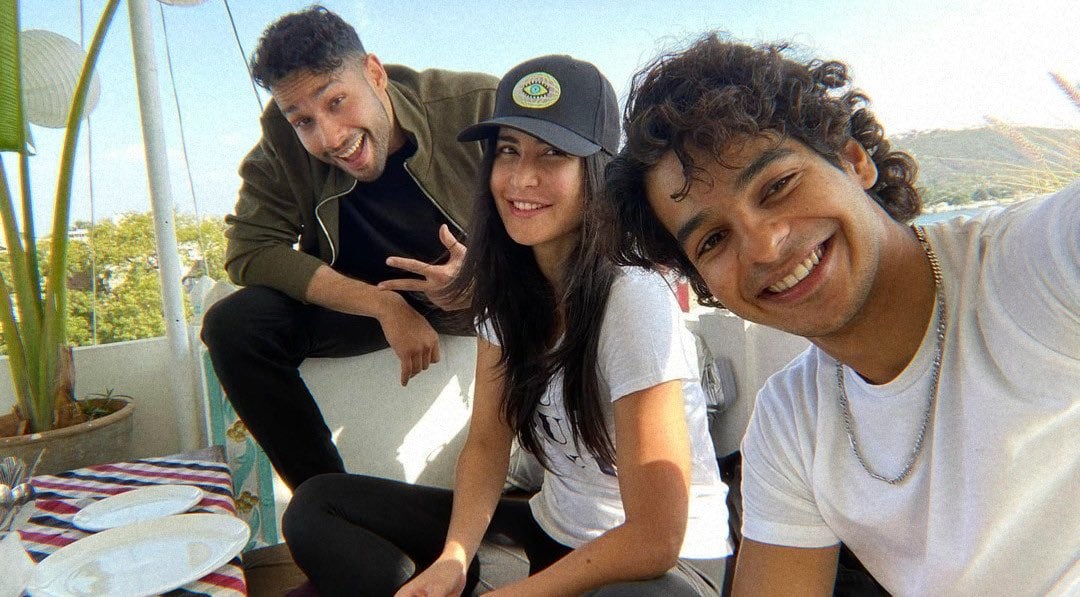 Phone Bhoot will be the first collaboration between Katrina Kaif, Siddhant Chaturvedi, and Ishaan Khatter. The film, billed as a horror comedy, was announced more than two years ago.Gurmeet Singh directed the film, which was written by Jasvinder Singh Bath and Ravi Shankaran. Excel Entertainment, led by Ritesh Sidhwani and Farhan Akhtar, is producing it. It’s all set to release on 7th October, 2022.