Pictures Of The Bigg Boss OTT House Are Out; Check Out Here

The wait for Television’s most controversial show, Bigg Boss will soon end. But this time, before TV, it will be streaming on Voot. The show that will come up on Voot is titled Bigg Boss OTT. After six weeks it will start airing on TV. The show will be 6-month long this time and fans are eagerly waiting to see what will happen inside the crazy house this year. To watch Bigg Boss OTT, citizens have to go through the Voot app. Earlier we brought you the leaked images from the sets of Bigg Boss OTT which was under construction. Now, again we have got our hands on some of the pictures of the space where contestants will get locked.

Take a sneak peek of the house here: 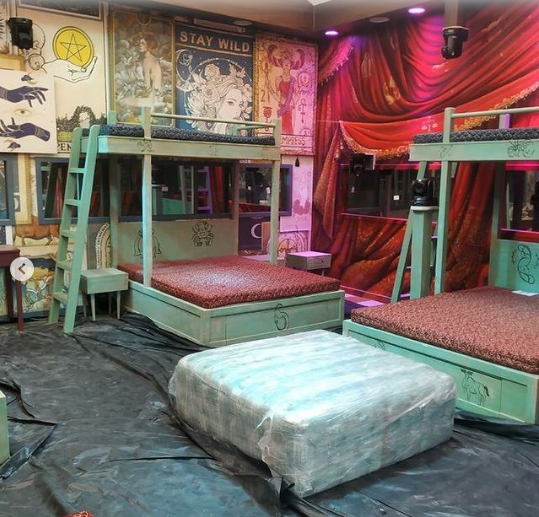 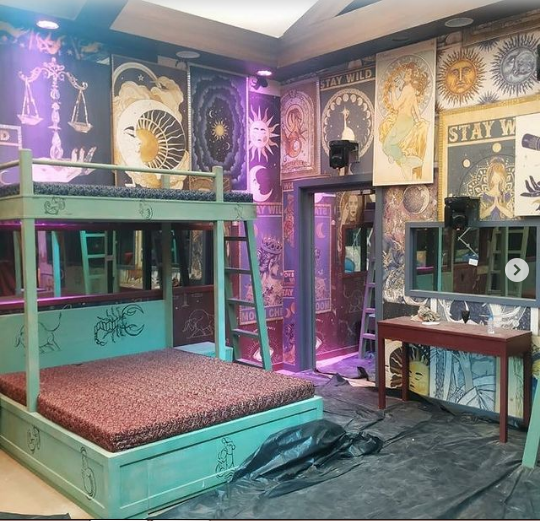 The digital version of the show will be hosted by popular producer-director, Karan Johar. According to the reports, the set is being constructed in Mumbai’s Film City. In the pictures that have come up, we can see the bedroom area which has double beds as well as bunk beds. The walls of the bedroom are decorated with tarot cards while on the backside of the bed, one can spot the zodiac signs. Going by the looks, it feels like the contestants this time will be surrounded by an astrological environment.

Earlier, the leaked image from the set of Bigg Boss OTT showed a big table with chairs around in a room with green flooring and walls. The photos seemed to be those of the dining area. 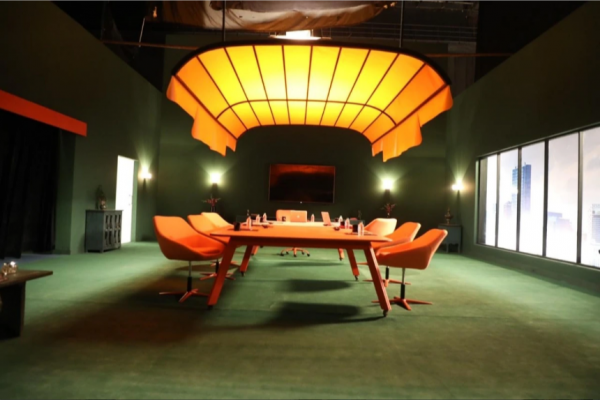 After Voot’s announcement that KJo will host the Bigg Boss OTT, the OTT version’s host has talked with the media portal about hosting the controversial show. He said, “My mom and I are huge Bigg Boss fans and wouldn’t miss it for a day. As a viewer, it keeps me hugely entertained with dollops of drama. For decades now, I have always enjoyed hosting shows and now with Bigg Boss OTT, it will surely be over the top. It’s my mother’s dream come true. Bigg Boss OTT will undeniably have a lot more sensational and dramatic. I hope I can live up to the audience’s and my friends’ expectations, make Weekend Ka Vaar with the contestants an enjoyable affair in my own style, and up the ante on the entertainment quotient. Wait for it.”

Yesterday, the makers of the show have revealed the first confirmed contestant of Bigg Boss OTT. The streaming platform, VOOT shared the promo of famous singer Neha Bhasin and confirmed that she will be locked in the controversial show. 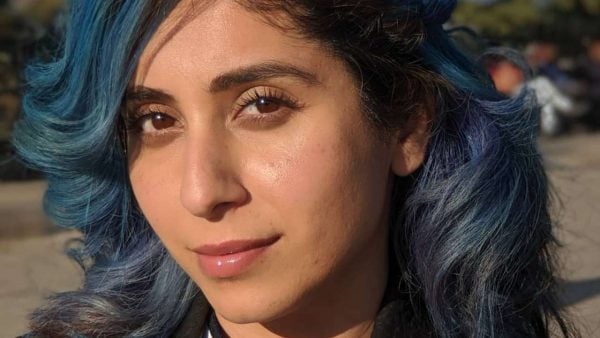 This year’s Bigg Boss will have an interesting bunch of contestants and fans can expect a huge level of entertainment from Salman Khan’s show. According to the rumors, ex-contestants Shehnaaz Gill, Sidharth Shukla, and Himanshi Khurana will also be seen in the house as celebrity guests. The digital version of the show is all set to stream from August 8