Actor Priyanka Chopra caught glimpses of her daughter Malti Marie Chopra Jonas and her husband-singer Nick Jonas as they spent the weekend together at their Los Angeles home. Taking to Instagram Stories, Priyanka posted a picture of them sitting by the pool with a peek at their meal. 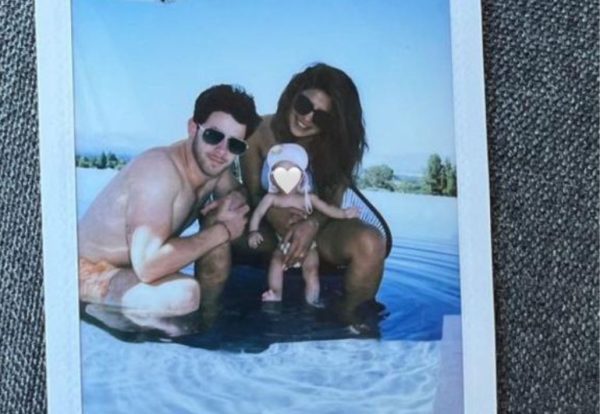 The photo shows a table filled with snacks and drinks. It also had several napkins and table mats. Priyanka shared the picture and wrote, “Sundays with @sonahomenyc (heart eyes emoji).” Sona Home is Priyanka’s Indian homeware line. In the next picture, Priyanka gave a closer look at the table. Nick was sitting near her when the picture was clicked. She wrote, “Look how stunning (star eyes, red heart, pleading face emojis) @sonahomenyc.” 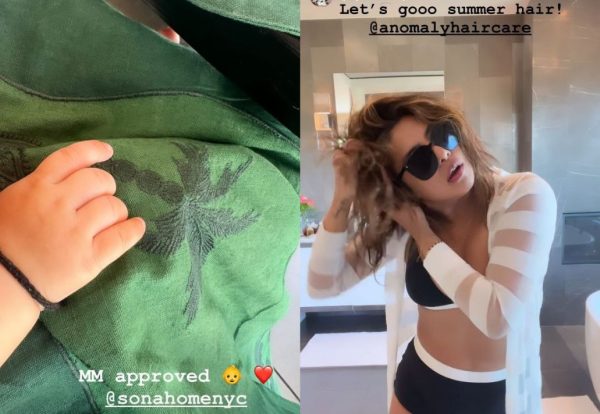 A third picture showed Malti’s hand and part of her foot resting on her lap with a cloth napkin as she joined her family for a meal. Posting the picture, Priyanka wrote, “MM approved (baby and red heart emojis) @sonahomenyc.” The next photo, a Polaroid, showed Priyanka sitting on a chair inside the pool holding Malti while Nick sat next to them. While Priyanka and Nick smiled for the picture, the actor edited and added a white heart emoji to cover Malti’s face. Priyanka simply tagged Nick in this photo.

After spending time at the pool, Priyanka shared a video of herself dancing in her swimsuit. The actor stood inside her bathroom while applying a product to her hair. Priyanka opted for a black and white bikini top and briefs and added a white-brown clutch. She also wore dark sunglasses. As the clip ends, she made faces and grooved to a song. 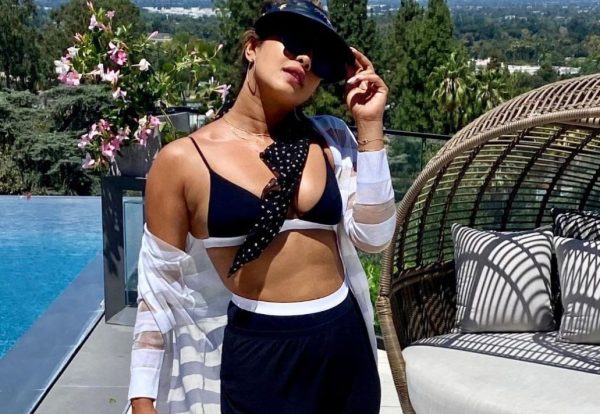 Priyanka also shared a picture of herself posing by the pool. The actor also wore a cap as she posed for the camera. Priyanka shared the picture and wrote, “Sundaze (black and white heart emojis).”