Actor Rahul Khanna responded weeks after actor Janhvi Kapoor admitted that she stalks him on Instagram. In a new interview, Rahul calls Janhvi Kapoor a ‘sweet and confident girl.’ When Janhvi recently appeared on the chat show Koffee with Karan, she revealed her secret. Janhvi revealed that she stalks Rahul. She said, “I think he has got a vibe. He’s got energy. I think he’s hot.” 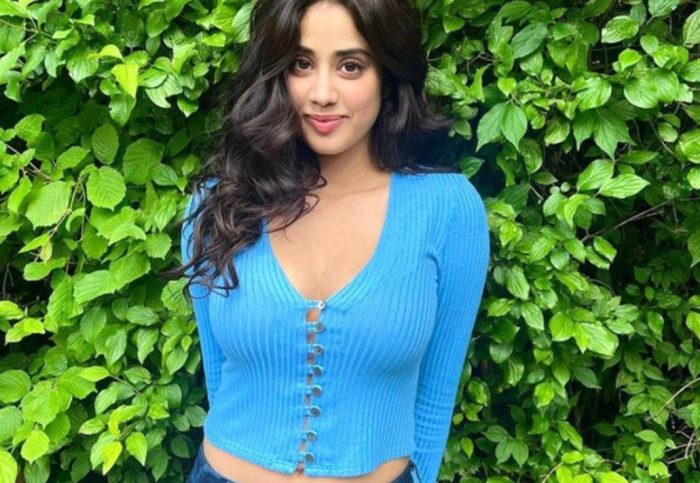 On the other hand Rahul Khanna said, “I haven’t actually seen the show but I was thoroughly updated by every one of Janhvi’s comments. It’s so sweet of her to say it. I don’t think I have met her but I know her father (Boney Kapoor) very well.” Rahul spoke about Janhvi’s mother-the late actor Sridevi and called her ‘a classic introvert.’ He recalled meeting Sridevi while shooting with his father, the late actor Vinod Khanna. 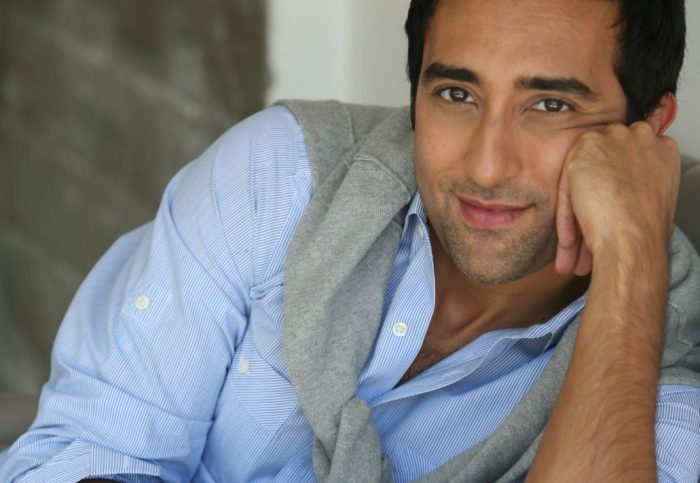 He added, “I have also met her mother (Sridevi) when she was shooting with my dad (Vinod Khanna) on a film set many years ago. I remember her being a classic introvert and I guess that is what connected me with her as I am an introvert too. I am sure wherever she is, she’d be very proud of Janhvi. What a sweet and confident girl she has turned out to be.” 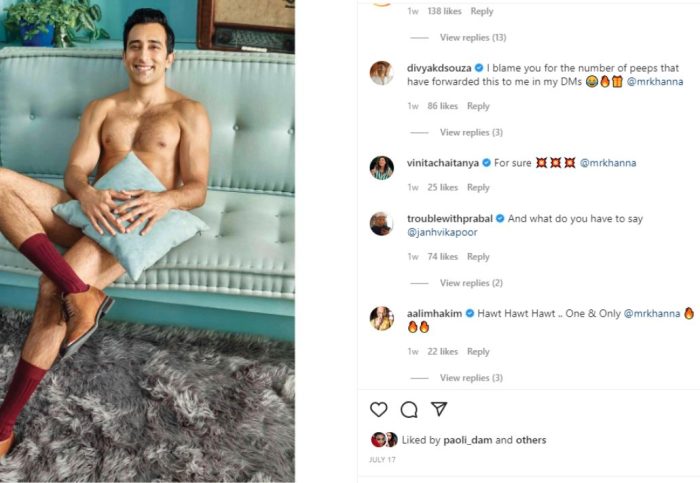 A few days after Janhvi admitted to stalking Rahul, he posted a nearly nude picture of himself. In the picture, Rahul is sitting on a sofa with a cushion on his lap. He wrote, “So, there’s something I’ve been keeping under wraps–but it’s now time to share! Join me tomorrow for the big reveal?” Prabal Gurung commented, “And what do you have to say @janhvikapoor.”