Bigg Boss 14 was one of the most popular seasons of the franchise. With popular contestants and a whole lot of controversies lining up almost every single episode. Recently popular youtuber Carry Minati decided to roast this show and its contestants through various scripts and songs on his youtube channel. Ex contestant Rahul Vaidya had a lot to say about this.

Rahul Vaidya was one of the most talked about celebrities on the show last season. In the roast Carry took some digs on the singer who took to twitter to express his feelings loud and clear. He tweeted “Kuch logon ka naam apne kaam se hota hai aur kuch logon ka naam auron ko badnaam karne se hota hai…@CarryMinati maza aya bro”. 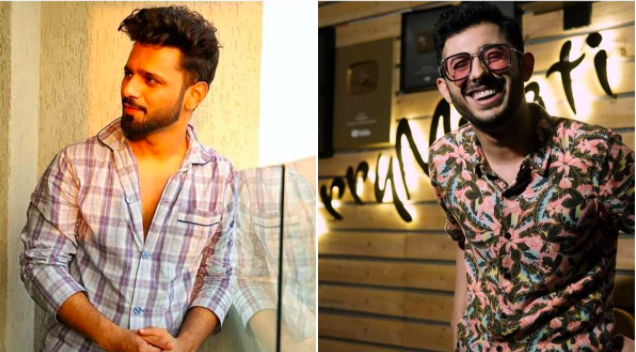 In the video Carry had called Rahul Vaidya a backbencher for shying away from several tasks. He had also poked fun and questioned the fact that the former Indian Idol contestant had left and re entered the controversial show several times during its running.

Interestingly enough, there were rumours about Carry Minati joining the show prior to its release. He also addresses that by saying that he has no wish to feature in a Neha Kakkar and Tony Kakkar music video post the show, which is a growing trend among the contestants of bigg boss. Post bigg boss 14 contestants like Abhinav Shukla, Rubina Dilaik, Jasmine Bhasin and Aly goni were featured in different tony kakkar music videos. 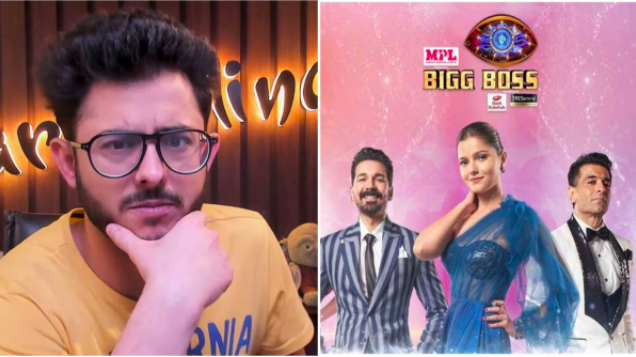 Carry Minati is a very popular youtuber with over 30 million subscribers. He is known for his comedic scripts, gaming commentaries and roast videos. In 2020 his video where he is seen roasting and commenting on tik tok influencers went hugely viral and was criticized for a number of reasons. The video was later taken down by youtube. Recently his song ‘yalgaar’ was also featured in the movie ‘big bull’ of Ajay Devgan production which was his big break in bollywood.