Rakhi Sawant Hints About Pregnancy In The Latest Video; Video Inside

Rakhi Sawant is the queen of controversies. She has gained a lot of limelight recently owing to her secret marriage with Ritesh. The actress earlier denied all rumours about her marriage but later confirmed to the same. Even though she has confirmed to her wedding news, she hasn’t disclosed any details about her husband Ritesh. Pictures also do not show her husband at all.

Now, in the latest video, the actress hints on being pregnant with husband Ritesh in the fun video that is unmissable. Have a look:

Rakhi says he works as an employee in the company of Donald Trump. At first, she did not get agree at all about her wedding and rubbished the wedding rumours by saying it was a bridal photoshoot but then, she confirmed her wedding. Her wedding took place on July 28 at Andheri JW Marriott in both Hindu and Christian tradition. Now Rakhi Sawant threw some light on her husband’s occupation in the latest interview with Times Of India, Rakhi revealed if she’s planning to shift to the UK anytime soon, this is what she said, “Not now. He wants me to continue to work in the industry. He said, ‘Why don’t you make films? I said ok’. 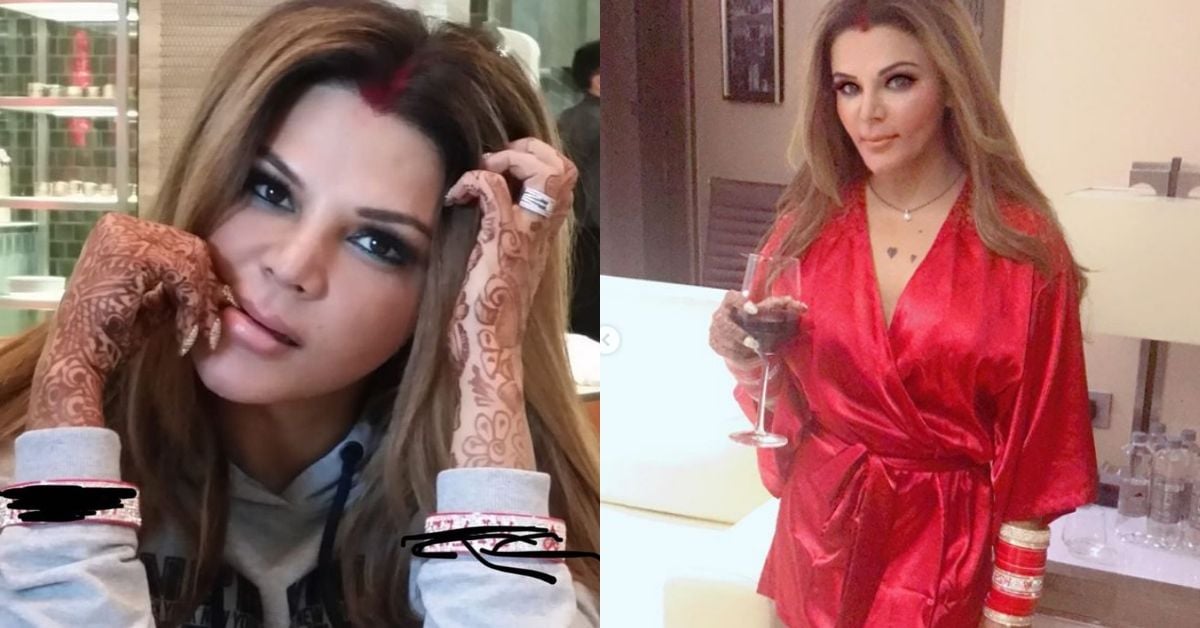 She also says, “My husband works with Donald Trump’s company as an employee.” When she was asked if he’s a fan of Bollywood, she said, “He’s a fan of me.” “We started chatting on WhatApp, he proposed to me on WhatsApp and you can say that ‘It’s a WhatsApp love affair and marriage’. Ritesh has such good parents and sisters. Mera pati mere liye parmeshwar hai,” she added.