The Coronavirus Pandemic has brought the world to a standstill. It has compelled us to face a situation we were never equipped to deal with, it has put us at war with an enemy we cannot see, a war that must be fought from within our homes. And while, in a fiction piece about a dystopian world, this may be the ideal scenario, in reality, it has only worsened the woes of an Indian woman.

Throwing light on this concept that has been hiding in plain sight, the visually compiled concept of “Rakhwali” by esteemed designer, Ayush Kejriwal by one of India’s leading creative content production houses, Studio Gaaba, portrays this message across with subtlety and elegance.

Due to the nationwide lockdown, this shoot was conducted through an avenue of a new trend, a FaceTime shoot, where photography takes a completely virtual route and the output still solidifies, if not enhances the stand we will take. 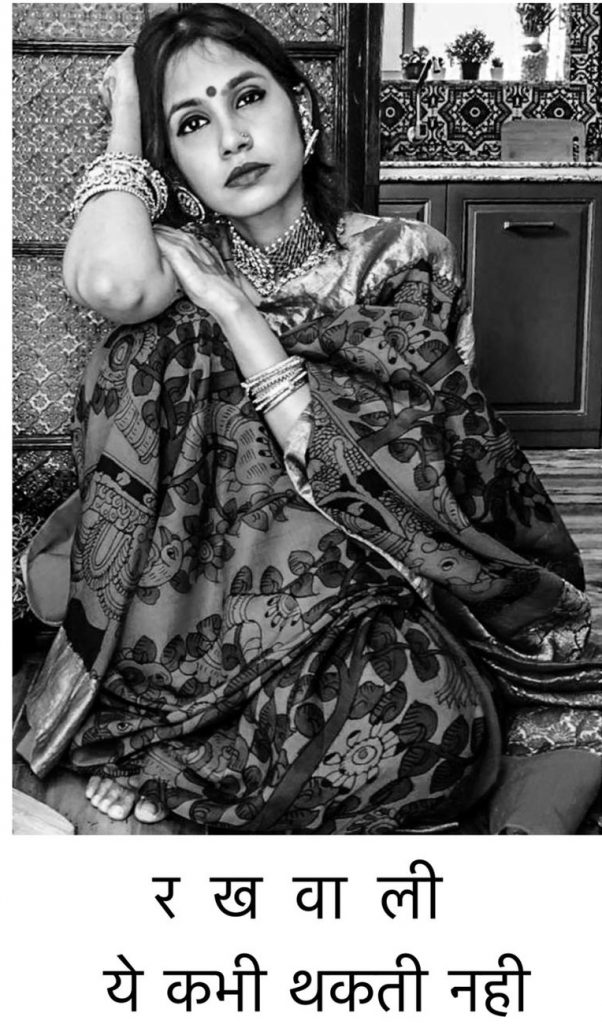 The nationwide lockdown that the viral outbreak has brought with it, has neglected the fact that the burden of the domestic responsibilities is governed by gender identities in a country like ours; this means that most of the household chores that were traditionally done by women since time immemorial, now just get two-fold. At times like this, while most of the communications revolve around the narrative of not having to burden women further, seldom do they talk about men or other family members sharing this labour. However, we are starting to build up our awareness surrounding this subject, due to being confined at home as we are aware now of the amount of hard work that goes into daily household work.  While taking care of the household chores, work life is thrown into the mix as well, attending zoom and skype group calls while prepping meals and sweeping floors. 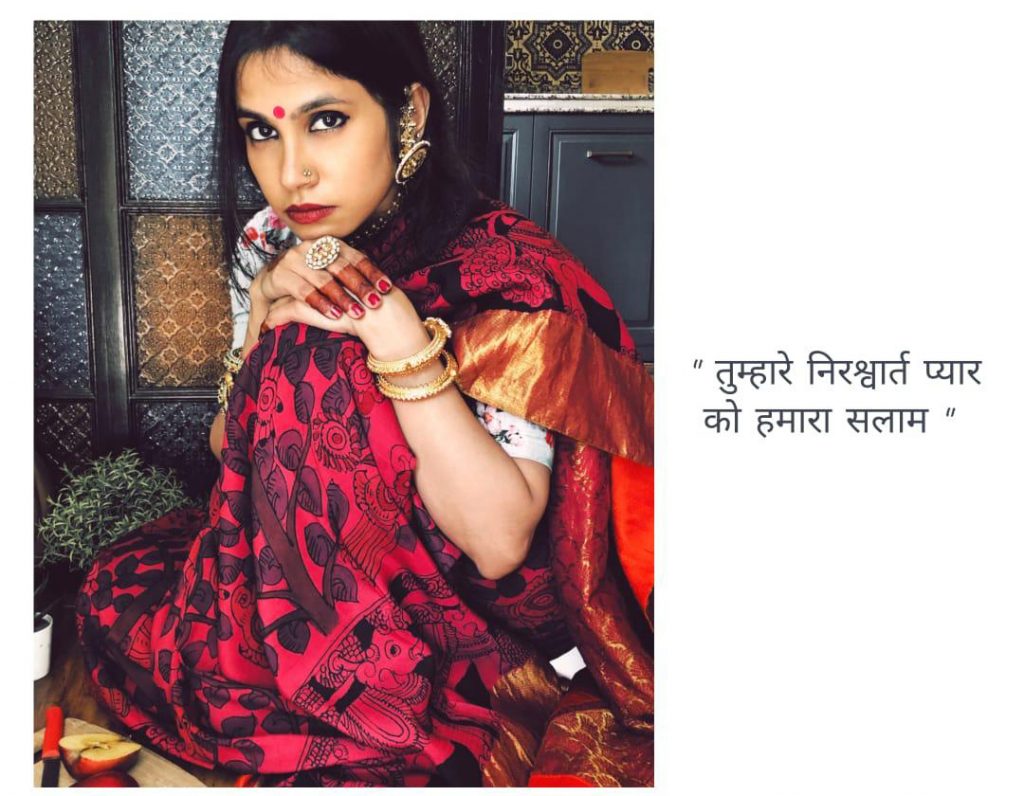 Rakhwali is an Indian colloquial term that refers to a caretaker, a way of perceiving the invaluable contribution of the women who make your house a home. Through the story, the idea is to humanize a message. In the voiceover panning throughout the video, Ayush says, “Rakhwali Ke Rakhwale”, a phrase that gets to the viewer, and whispers to them that those who take care of us, need someone to take care of them as well, and if this war against the virus isn’t in our hands to fight, the least we can do is ease the burden off of those we love. Instead of glorifying her as a selfless hero, be a part of her struggle, if her fingers are dodging the heat and flipping the chapatis, take the edge off by doing the dishes; it’s convenient to cheer from the stands, but harder than ever to rough it out on the ground, and if there’s one thing that we can take from this pandemic that has befallen us, it is that compassion takes courage, and wars are never won by cowards.

Rakhwali aims to tug at the viewers’ heartstrings and instill this sense of courage and compassion because there is a reason you can today safely stay within the four walls of your house and that reason is a person who deserves not only paramount acknowledgment but unconditional help in every form possible.