Chocolate boy ‘Ranbir Kapoor and Ashique 2 famed ‘Sharddha Kapoor’ will be seen together in the movie by LUV Ranjan. The duo’s first time working together and fans are more curious to see them together. However, it is rumored that in April ‘Ranbir and Alia Bhatt’ are going to tie the knot of love. The news was confirmed by Alia’s brother and uncle but not from the Kapoors. As per the closest sources, Ranbir is living in a Five-star hotel while shooting for Luv Ranjan’s new release. Meanwhile, Alia is completely packed herself in her home coronatine as she didn’t want to face the paparazzi before her marriage.

Coming back to Ranbir and Sharddha’s new release, the film is under making, and soon it will be complete. The expected date of the movie will be march 2023. Recently, Ranbir and Sharddha are busy with the shoot which will be a dance song. The images from the dance number leaked and Ranbir will be seen in Blue in Kurta and Pajama where shraddha chose a beautiful yellow saree. She is looking gorgeous in Indian attire, so Ranbir is… 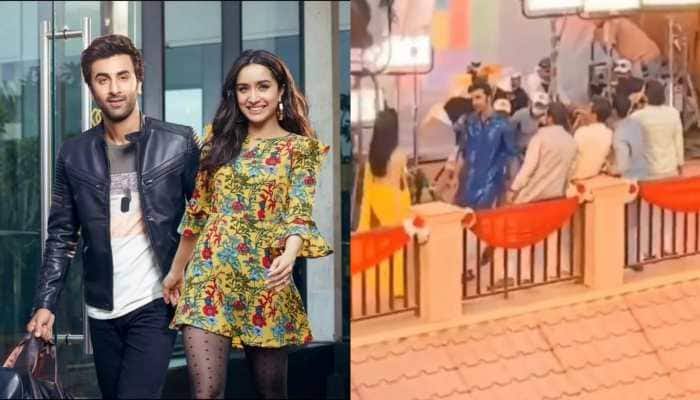 The song is shooting in Mumbai’s Goregaon, Aarey Colony. According to the viral photos, the song is looked like it will be a blaster dance sequence for the dance lovers. As we all know that ABCD girl Sharddha Kapoor is a beautiful dancer and Ranbir Kapoor is also doing a stunning moves. Apart from the main cast, legendary actresses Dimple Kapadia and Boney Kapoor will also be seen in the movie. It will be a debut for producer Boney Kapoor as an actor. 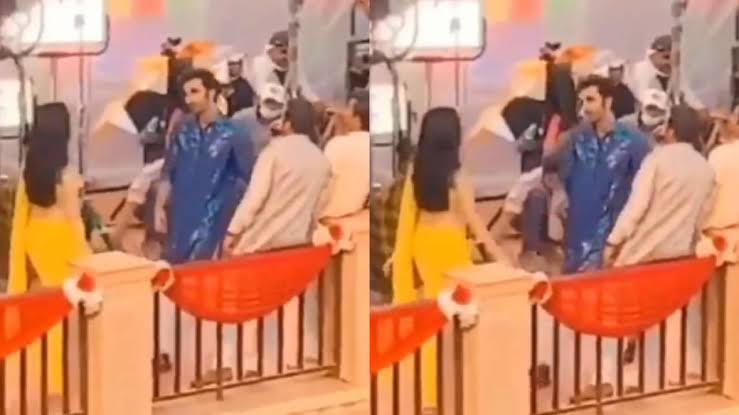 Fans are more curious to watch Ranbir and Sharddha in a romantic genre, as it will be their first move of them together. It will be a pleasure for the audience to watch this Jodi on a big screen and Luv Ranjan is the one who has mastered delivering a romantic story like ‘Pyar ka Panchnama’. What we can do is wait for the next year to have a piece of art from Luv Ranjan.