Ranveer Singh is always in the headlines for one or the other thing everyday in the media. Apart from his dressing sense, Bollywood actor Ranveer Singh also makes headlines for the adventures he is interested in. A few days ago, the actor also came into the limelight for his nude photoshoot. At that time, many people supported him, while many people also condemned his nude photoshoot. However, s few days back Ranveer claimed that nude photoshoot to be morphed and not the original one. Now Ranveer Singh has appealed to his fans on Instagram to sign a petition through which the sign language can be made an official language. Ranveer Singh has also shared this link on his official Instagram handle. 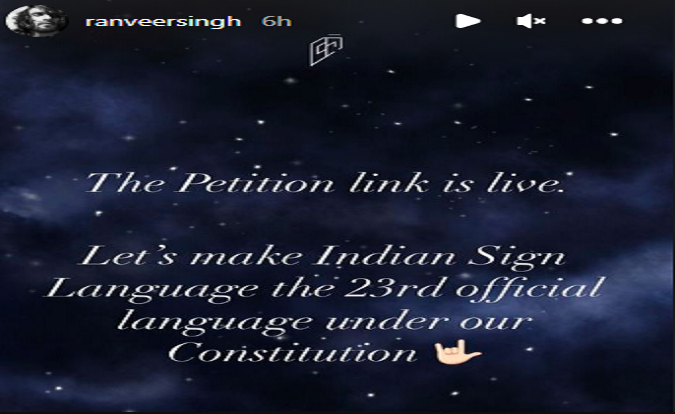 Ranveer Singh has demanded to declare the Indian sign language an official language. He has appealed to the fans to sign this petition. The actor has asked the fans to take more part in this noble work. The actor shared the link and said- ‘The link of the petition is live. Make the official language of the country under our Constitution. Support, sign, and share’. 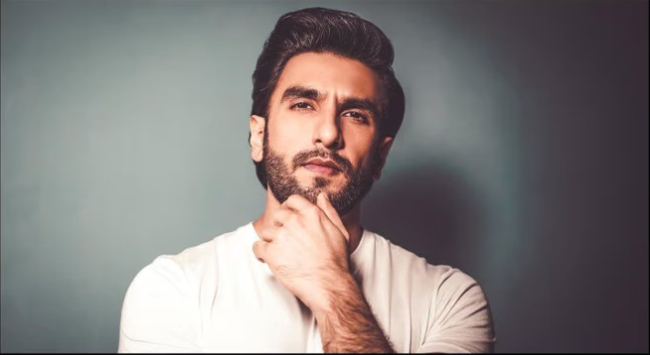 Many of Ranveer Singh’s films have also been hit and many films have also flopped, but his fans are always seen supporting him on social media. He was last seen in the film Jayeshbhai Jordaar. This film flopped at the box office. Apart from this, his upcoming film is “Rocky Aur Rani Ki Prem Kahani”, in which he is going to be seen with Alia Bhatt. Apart from this, he will be seen in the film Circus.