‘Ranveer Singh Should Be Arrested For This’, Says Shah Rukh Khan; Check Out Reason!

Ranveer Singh recently shocked everyone by doing a nude photoshoot. Seeing these nude pictures of Ranveer Singh started going viral and with this new controversy also got air. Some people saw art in these pictures of the actor, while there were some who filed a complaint on the charge of spreading obscenity.

It was only after this shoot that he was also summoned by the Mumbai Police. Amidst controversies, now a clip of Shah Rukh Khan from an episode of Koffee With Karan is going viral, in which he is talking about sending Ranveer Singh to jail. 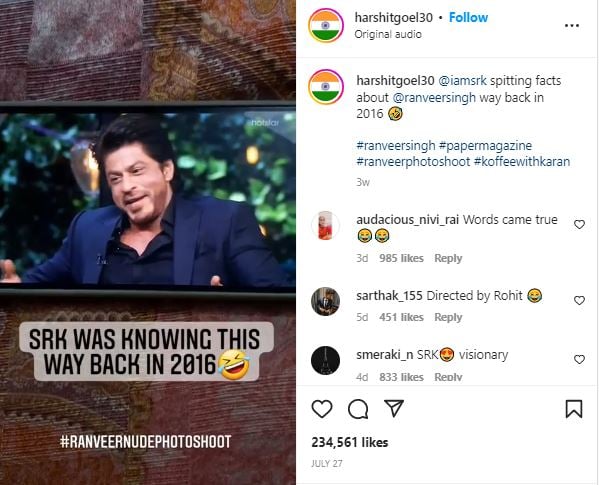 In this viral video of the year 2016, Shahrukh Khan was asked why Ranveer Singh could be arrested. During the rapid-fire, Shah Rukh Khan said, ‘It can be for wearing clothes, or for not wearing clothes, either of the two.’

Although Shah Rukh Khan had said this in a very light manner, but social media has started taking it seriously and people are saying that Shah Rukh had already predicted it. Some people said that Shah Rukh was already aware of this. 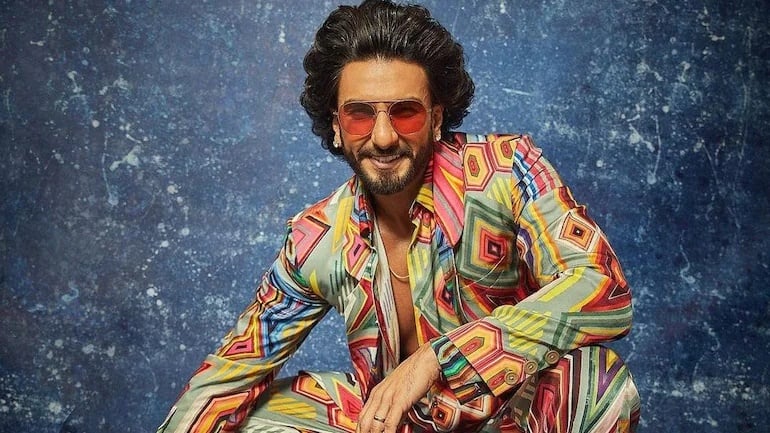