Producer Rhea Kapoor visited Instagram Stories the day before Diwali and shared a message against crackers. She called this an outdated and “irresponsible” practice and urged everyone not to use fireworks as part of their celebration. “Bursting crackers is not only dated but grossly ignorant, inconsiderate and irresponsible. Stop doing it, it’s so 19-never,” she wrote. 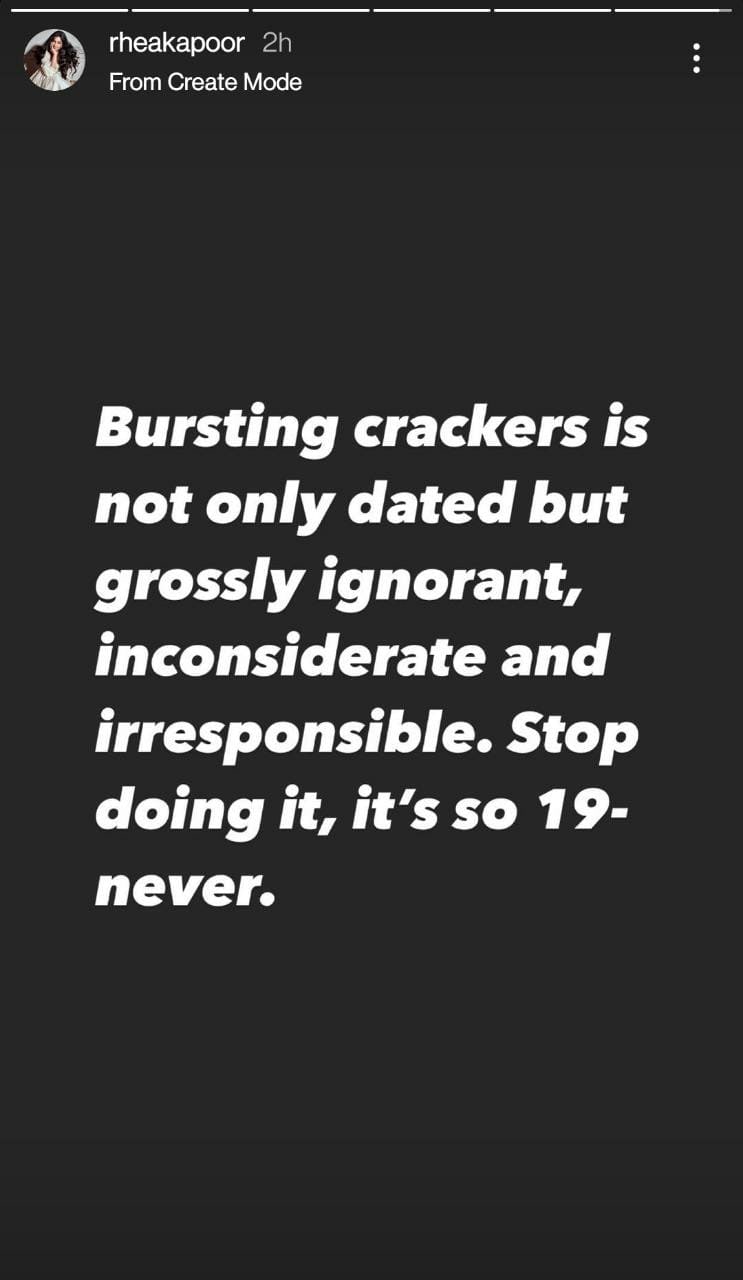 Earlier, Rhea asked Brands not to contact her about the Karwa Chauth collaboration, saying she and her husband, the filmmaker Karan Boolani, did not believe in the ritual. “We respect other couples who partake and can even enjoy the festivities while they do. It’s just not for me. Or us. So the last thing I want to do is promote something I don’t believe in and don’t really agree with the spirit it comes from,” she said.

Rhea said that some people were calling her ‘silly’ for snubbing Karwa Chauth. “I only write this because it seems random strangers feel the need to aggressively convince me that I’m being ‘silly’, ‘have to do it’, ‘it’s my first’. No, thank you. let’s move on? If you read this thank you for giving a sh*t. I hope you enjoy your Sunday,” she added. Rhea made her producer debut in 2010 with Rajshree Ojha’s Aisha and her sister Sonam Kapoor as the title role. This was followed by Khoobsurat (2014) and Veere Di Wedding (2018).

Rhea married Karan in August after dating him for over a decade. They first met while filming Aisha, where he worked as an assistant director. The low-key wedding took place in a bungalow of her father Anil Kapoor, attended by family and some close friends.