Bollywood actress Richa Chadha is one of the most talented actresses in the film industry. She is known for playing versatile roles in movies. The actress started her career as a model, moving on to her acting career,  she made her Bollywood debut in the Abhay Deol starrer Oye Lucky! Lucky Lucky Oye! And after which she receives a lot of stardom. Her acting skills are very powerful, she is fears and talented. Any role which is out of the box Richa Chadha Knows how to play that. 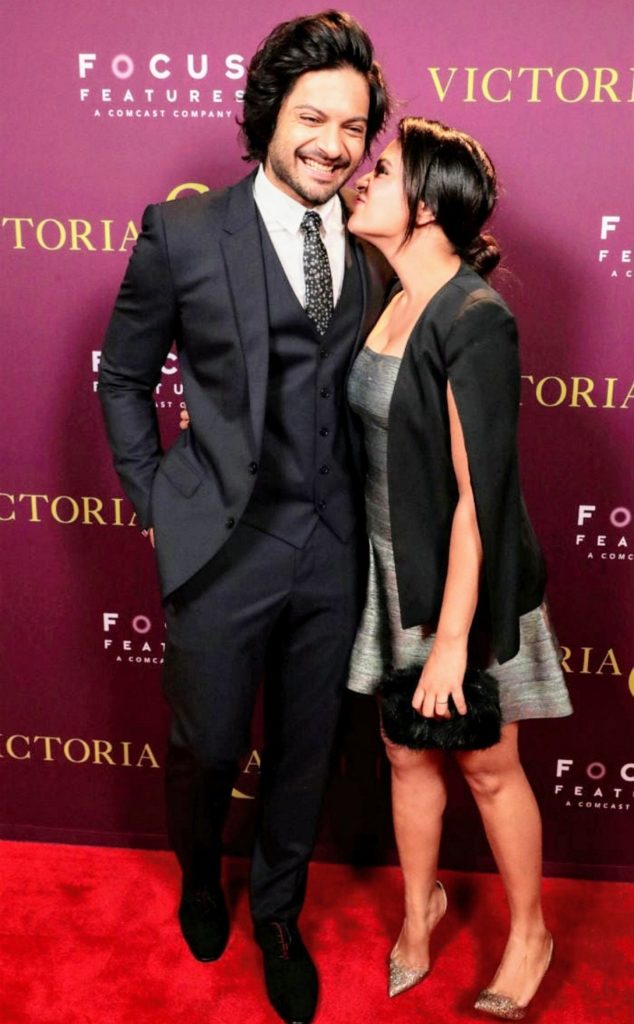 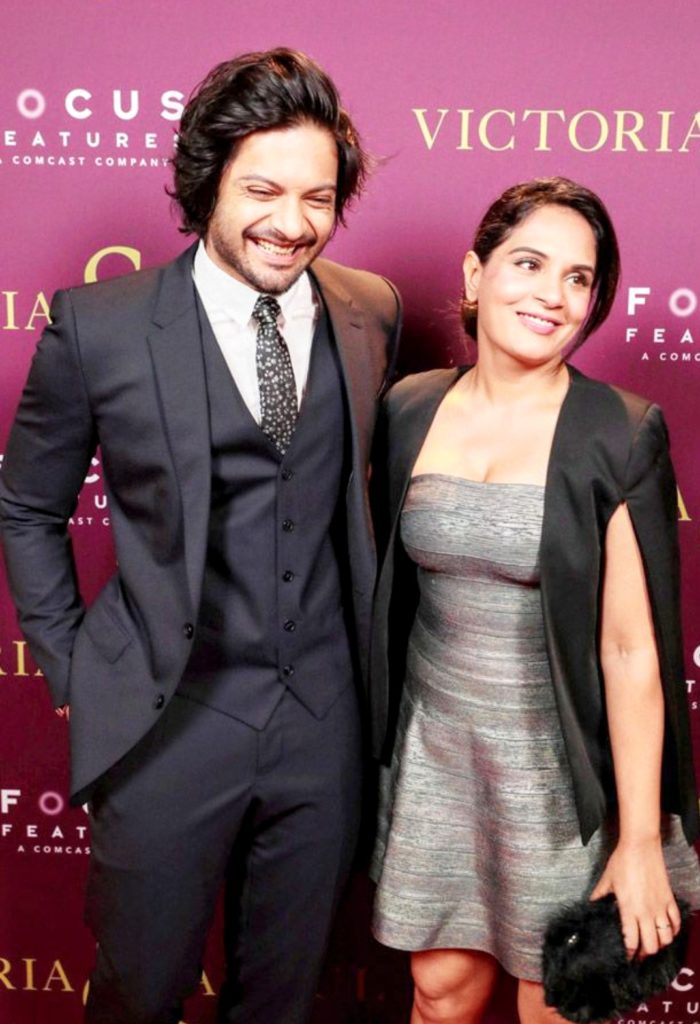 Let us move on to her dating life, Richa Chadha and actor Ali Fazal had become just- friends on the sets of  Fukrey and after which it was also rumored that they both had started dating each other after for a while. The rumors had become more evident when Richa broke off with her ex-boyfriend, Franck Gastambide, whom she had met at the Cannes Film Festival back in 2015. The news of their dating was confirmed during the Venice Film Festival back in 2017 where actor Ali Fazal’s film, Victoria and Abdul, was screened and Richa had appeared by his side. 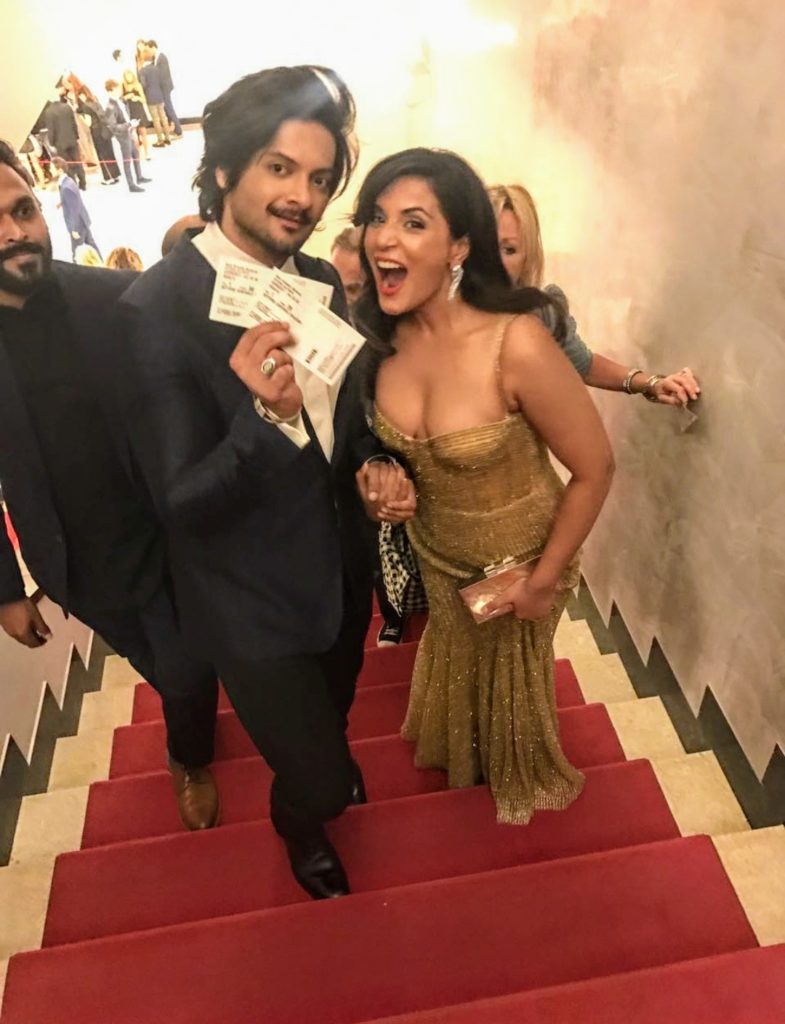 In one of his throwback interviews, Ali had opened up about his relationship status and had stated, “Honestly, too many people keep asking this same question. Richa is like my best buddy, not my girlfriend. Ladka Ladki Toh girlfriend boyfriend. Ha-ha-ha. No! I’ve learned a lot from her, and she is one of the few real people in the industry here. As for my actual girlfriend, I am with her right now in Los Angeles. I’ll give u a hint – later.

On October 15, 2019, Richa Chadha took to her Instagram handle and posted an adorable video with her beau, Ali Fazal. She posted the video along with a caption as, “It’s nothing short of a miracle, that in this ridiculous, stupid world, I found you… you! A best friend, fan, peer, lover, critic, partner-in-crime rolled into one! I respect you as a man, a human and an artist. You are in joy. You are perfection! Cheers to a love spread across the years, across continents…happy birthday dear Ali! There can be no other. God bless you!”

It’s nothing short of a miracle, that in this ridiculous, stupid world, I found you… you! A best friend, fan, peer, lover, critic, partner-in-crime rolled into one! I respect you as a man, a human and an artist. You are joy. You are perfection! Cheers to a love spread across the years, across continents…happy birthday dear Ali! There can be no other. God bless you! ❤️ . . . . PS you share your bday with Seher @vedikaoberoi @adityaoberoi this video got deleted the last time around Wish this one guys @alifazal9 ! 💕 #happybirthdayBae #AliFazalIsLove #AliFazal #Goa #RichaChadha #Fadda ? #Chazal? #agra #LosAngeles #NYC #venice #melbourne #YariRoad #bandra #Delhi

Ali also has seen dropping some comments full of love. The actor reacted to the video with a comment, “AY Mohabbat!!! MY LOVEEEEE, YOU ARE THE BEST THING IN MY LIFE! I miss you here. I couldn’t watch the whole video because it’s making me miss you more. So, come fast – Yahaan Intezaar Ho Raha Hai. Besabri Se Ho Raha Hai.” 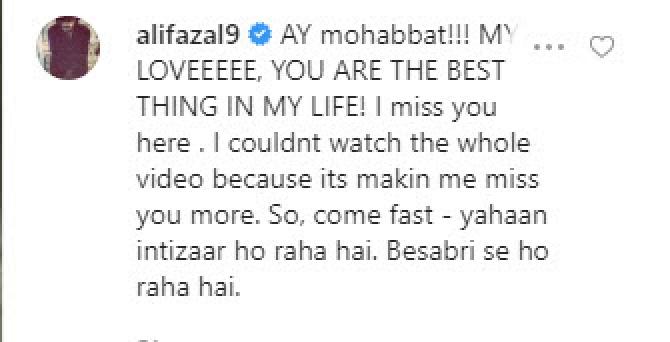