Rubina Dilaik, Blew The Senses Of The Fans: Checkout Her Recent Pics!

Bigboss Season 14 Winner Rubina Dilaik is one of the beautiful actresses on the small screen. The actress has portrayed different types of characters. Rubina was preparing for civil services before entering the acting world. Rubina is also very popular on social media.

Rubina Dilaik is a well-known personality on the small screen and has a huge fan following. Rubina is also very active in social media and often shares her pictures on Instagram. Her fans like and comment on Rubina’s pictures. On Monday, Rubina shared four of her pictures on Instagram. In these, the actress is wearing a purple-colored lehenga and choli. The pictures seem to be of a shooting location. Rubina is sitting and her swirls are flying in the air.

Many fans have commented on these pictures. Describing the actress as perfect, fans wrote that she should not look so perfect. Some of her fans wrote that she should not be noticed by anyone. Many fans praised Rubina’s looks by making a fire emoji. Some fans are seeing these pictures of Rubina by associating her with Naagin 6. The fans also asked Rubina if she is shooting for Naagin. Let me tell you, some media reports have claimed that Ekta’s next serpent could be Rubina. However, it is not confirmed yet. 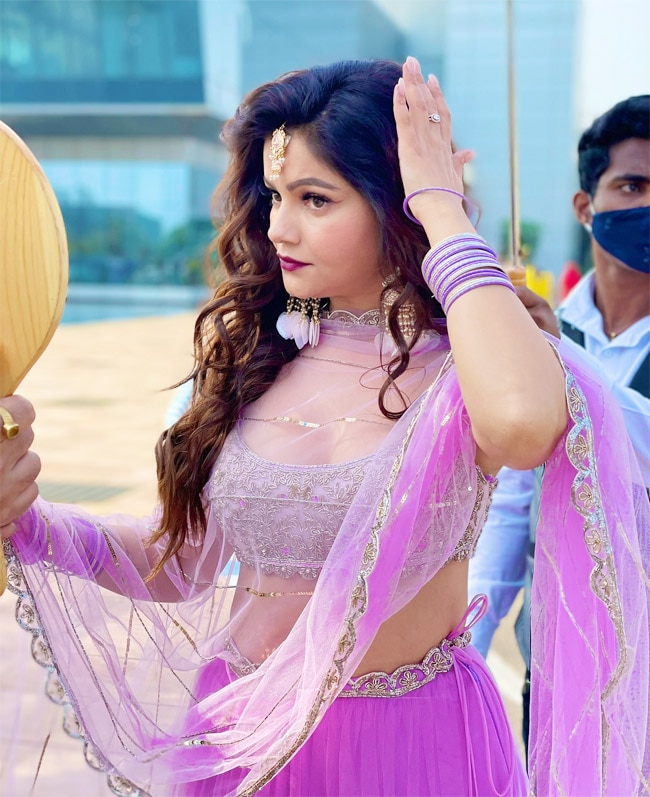 Rubina had won the Bigg Boss 14 crown last year. She had joined the show along with her husband Abhinav Shukla. Rubina’s journey in the show was phenomenal and she impressed people with her game. Rubina rose to fame by playing the character of a transgender in the Colors TV show Shakti- Astitva Ke Ehsaas Ki.

She will be making her Bollywood debut with Palash Muchhal’s directorial project Ardh. She was preparing for civil services before joining acting, but her acting journey started after she got selected in the auditions for Choti Bahu. In 2006, Rubina Dilaik won the title of Miss Shimla.