Ever since the famous TV actress Rubina Dilaik won ‘Bigg Boss 14’, the actress has been on social media for one reason or the other. Although Rubina is a well-known and old actress in the industry, after becoming the winner of Bigg Boss 14, people keep a close eye on her. After Bigg Boss, Rubina’s fan following has also increased a lot. Not only this, along with Rubina, now her husband and actor Abhinav Shukla is also in a lot of headlines. He was also recently seen in ‘Bigg Boss 14’. 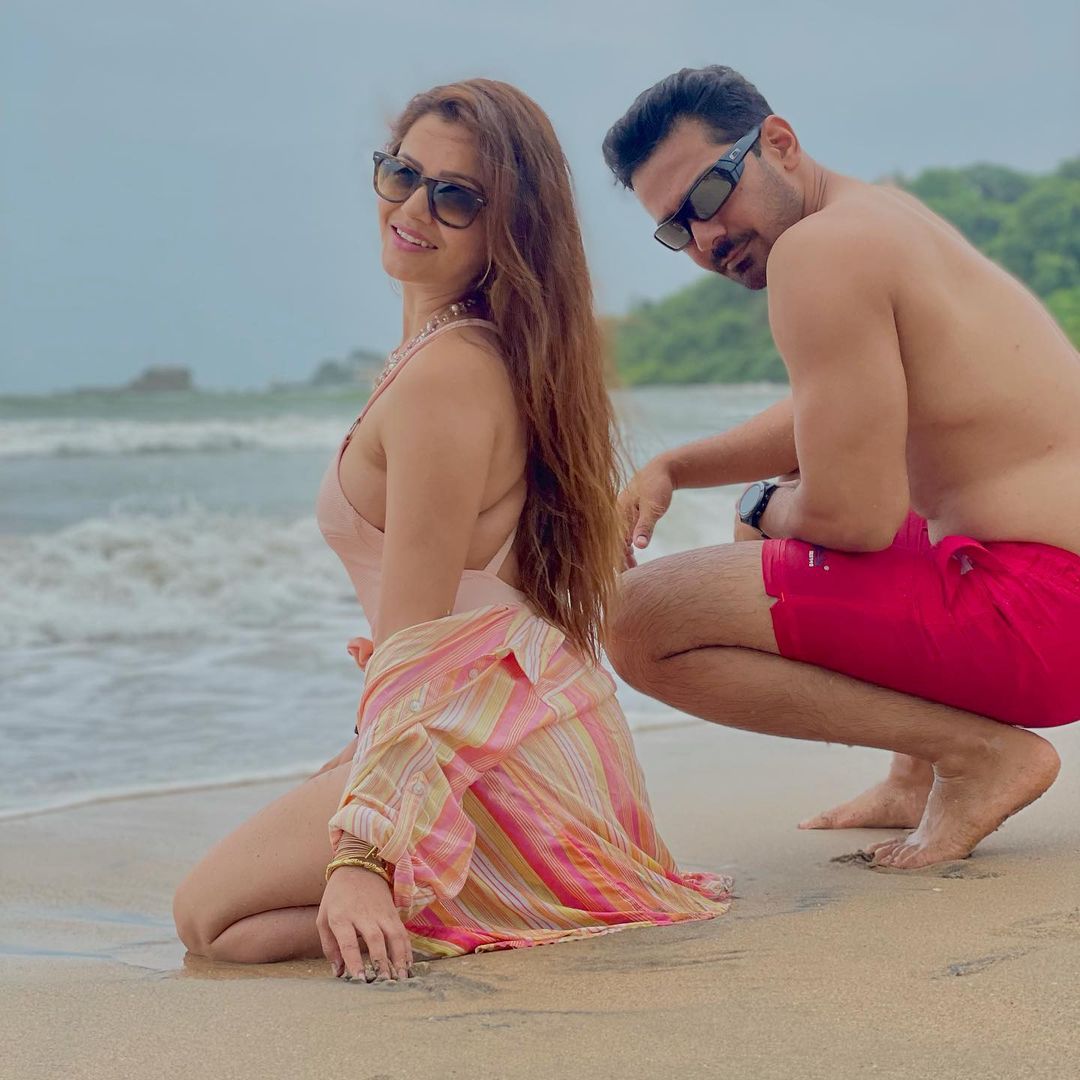 Although Abhinav could not even reach the finale of Bigg Boss, people like him a lot. Photos of Rubina and Abhinav go viral on social media every day, which fans like very much. Recently the couple has gone to Goa for their holidays. From there, Rubina has shared some photos on her Instagram which are becoming quite viral. There is a lot of hot chemistry between the two in these photos. 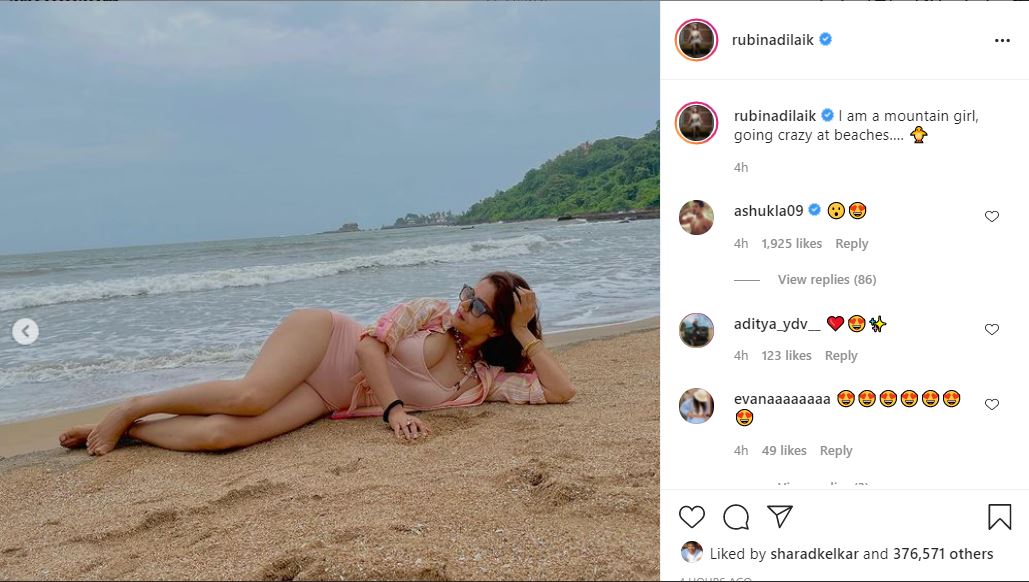 In the latest photo shared by the actress on Instagram, she is seen in a peach color monokini. She is wearing a pink and white-colored shirt with monokini, with which she is wearing a delicate garland. Shirtless Abhinav Shukla is also seen in the photos with the actress. Both are seen enjoying the beach. Sharing the photo, Rubina wrote ‘I am a hill girl who is going crazy on the beach. Rubina and Abhinav are popular TV couples on social media. Both often share photos with their fans. Earlier, in the photos shared by Rubina, she is seen wearing a light blue color top and shorts in which she looks quite sexy. On the other hand, Abhinav is wearing a white shirt and shorts in which he looks quite cool. On the work front, Rubina and Abhinav’s song ‘Tumse Pyaar Hai’ has been released recently, which is sung by Vishal Mishra.