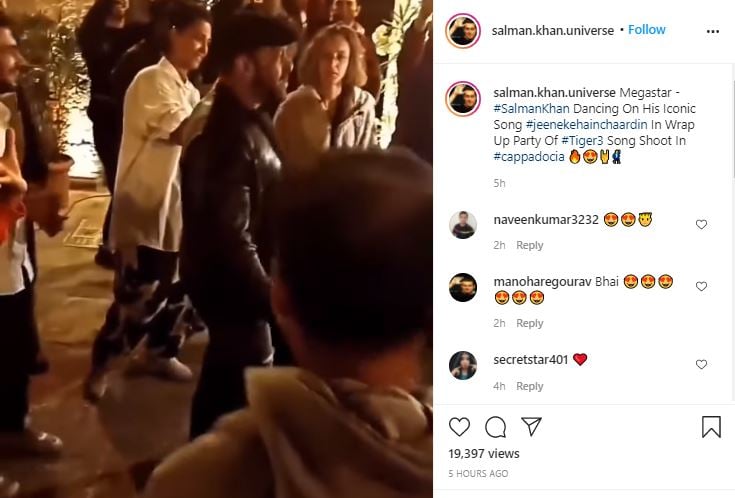 In the video, Salman Khan is seen dancing to his hit song ‘Jeene Ke Hai Chaar Din’. In the video, he is also seen doing the hook step of the song with the film’s crew. Wearing a leather jacket and blue denim, Salman looked smart. She is also wearing a golf cap which is making her look smarter. However, Katrina was seen missing from the wrap-up party.
This dance video of Salman Khan has been shared on Instagram by his fan page Salman.khan.universe. Fans of the actor and all social media users are very fond of his dance videos. Also, comment giving your feedback. Let us tell you that now Salman Khan and Katrina Kaif have reached Turkey for the shooting of their upcoming film Tiger 3. Many pictures of Salman and Katrina during this period keep coming out. 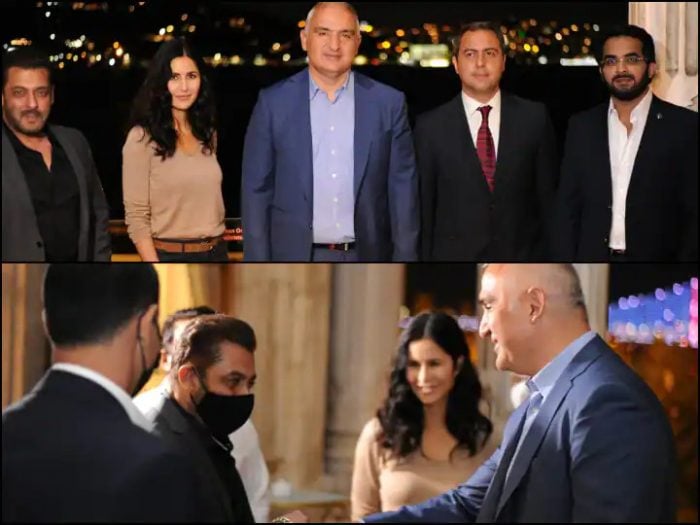 Recently, a picture of these two stars was revealed in which both were seen with the Tourism Minister of Turkey. These pictures were becoming increasingly viral on social media. Salman Khan and Katrina Kaif have a special meeting with Turkish Tourism Minister Mehmet Nuri Ersoy during the shooting of the film Tiger 3. The pictures of this meeting became increasingly viral on social media.

The pictures of the meeting were shared by Mehmet Nuri Ersoy himself through his official Instagram account. Sharing these pictures, Turkish Tourism Minister Mehmet Nuri Ersoy wrote in the caption, ‘Bollywood’s famous actors Salman Khan and Katrina Kaif are in our country for their new project. Turkey will continue to host many international cinema projects.