Salman Khan Does Shahrukh Khan’s Iconic Pose To Wish Him On His Birthday, Says, “Phone To Utha Leta Mera”

On November 2, 2019, Shahrukh Khan celebrated his 54th birthday and he was flooded with wishes not only from his fans but from people around the world. But the most surprising wish came from none other than Salman Khan. Salman took to his Instagram to post an adorable video in which he can be seen recreating Shahrukh’s iconic pose along with the whole Dabbang team, which included Jacqueline Fernandez, Daisy Shah, Sonakshi Sinha, Sohail Khan, Aayush Sharma and even Salman’s bodyguard Shera. The whole team can be seen singing a birthday song for Shahrukh. But the best part of the video was when Salman joking teases Shahrukh saying, “Arre tujhe phone kara tha, phone to utha leta mera” leaving everybody in splits. Salman had captioned the video as, “ Happy Birthday Khan saab.. Hamare industry ka king khan @iamsrk” Take a look:

Shahrukh known for his witty replies was quick enough to drop a comment on Salman’s post. He replied,“@beingsalmankhan Thank u bhai. Aapko bahut miss kiya aaj. But you were making people happy in Hyderabad which is my mom’s city! Love you and thanks for the wishes. Come back fast so I can get a birthday hug from you.” 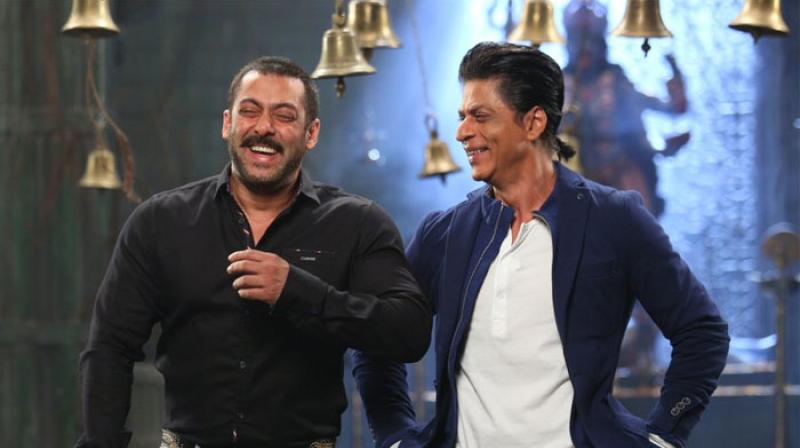 Salman and Shahrukh’s relationship has seen many ups and downs. On Koffee with Karan season 4 when the host of the show asked Salman about the same he had replied, “Shah Rukh passes by my house four to five times in a day; he could have just come, rung the doorbell and sorted out the issues. Instead, he comes to Koffee with Karan and talks about me.” But Salman and Shahrukh has buried their hatchet and became good friends once again. In an interview when Shahrukh was asked if Salman was like a brother to him he had replied, “Bhai se bhi badhkar hai” (He is more than a brother to me). 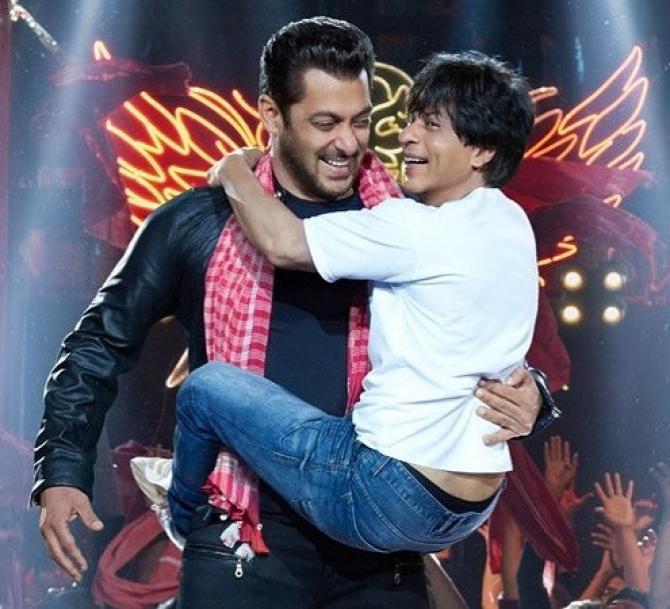 Shahrukh Khan has a huge fan base. On Shahrukh’s birthday, like every year fans gathered outside Mannat in huge numbers to wish the actor and send him the birthday wishes. Since it has become a tradition between SRK and his fans, the actor once again appeared in his balcony to greet his fans on his 54th birthday. 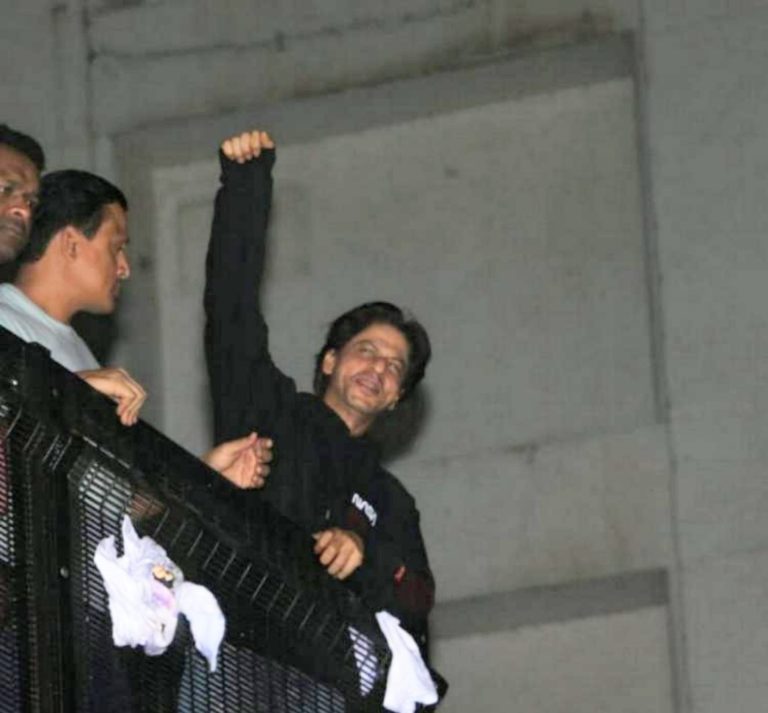 The’ King Khan’ of Bollywood met all of his fans at midnight. Pictures and videos from the last night have been doing rounds on the internet. Srk was spotted waving at his fans with a big smile on his face. Standing in a hand-folded position the actor was winning the hearts of all his fans who came last night just to wish the actor. By giving flying kisses, to his fans SRK was overwhelmed with all the love and support he has been receiving in all such years.Shah Rukh was captured by shutterbugs who were waiting outside the Mannat. SRK was seen wearing a black hoodie with blue jeans and pairing it white sneakers. Take a look: 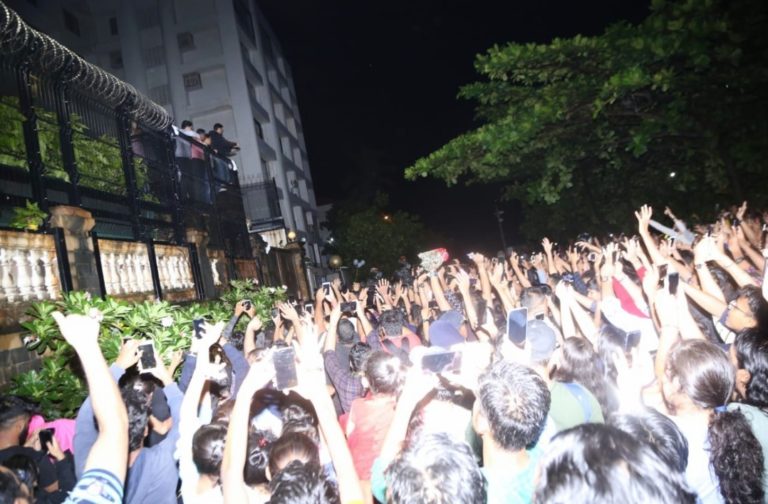 Several fans pages of SRK were seen posting pictures of the superstar alongside adorable wishes and notes. 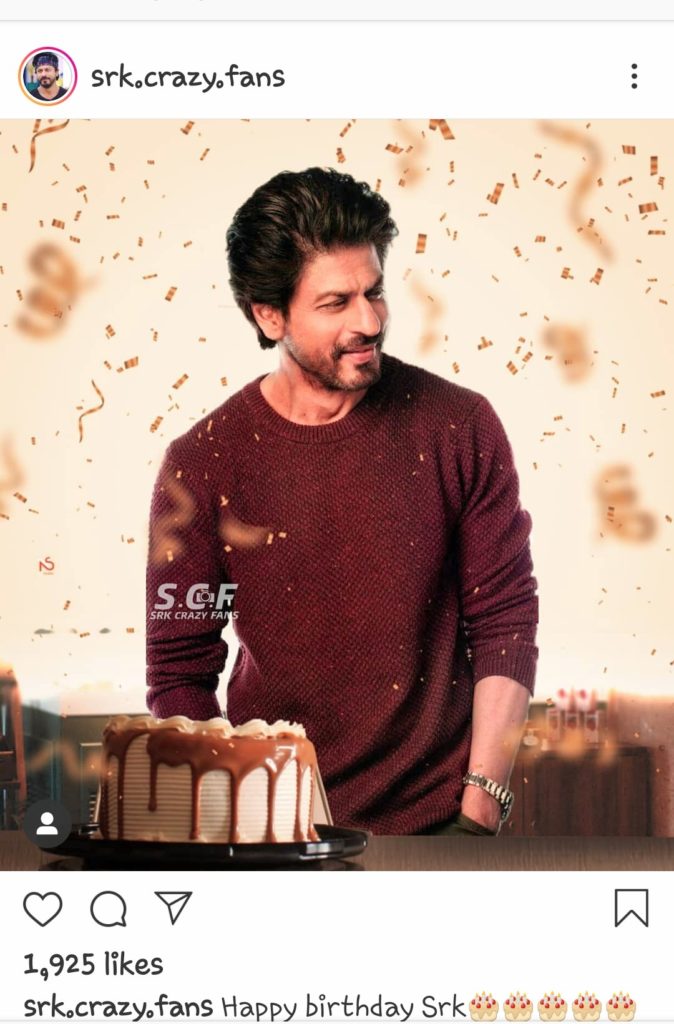 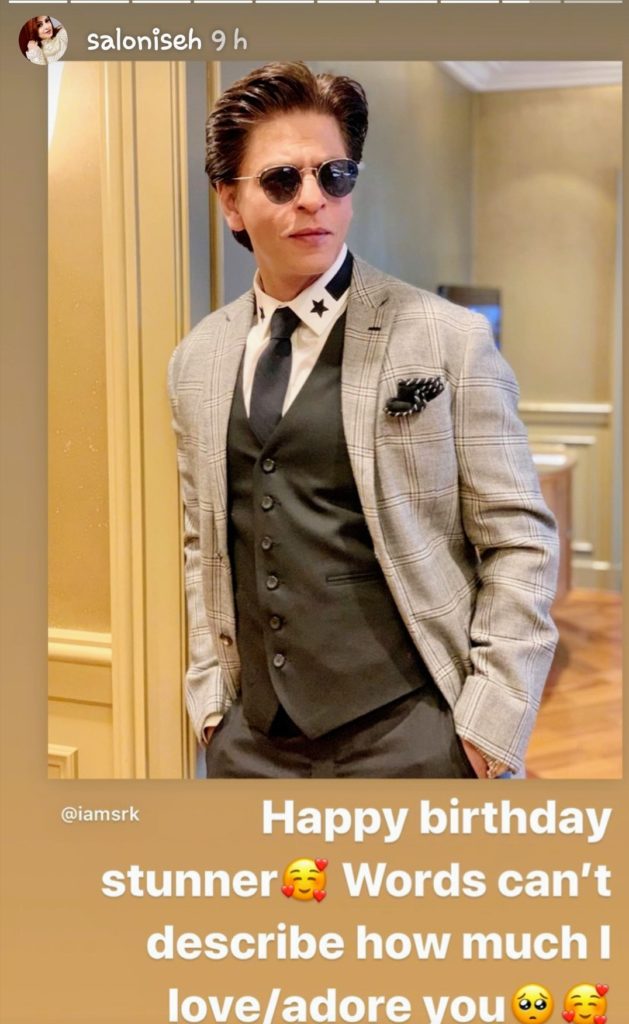 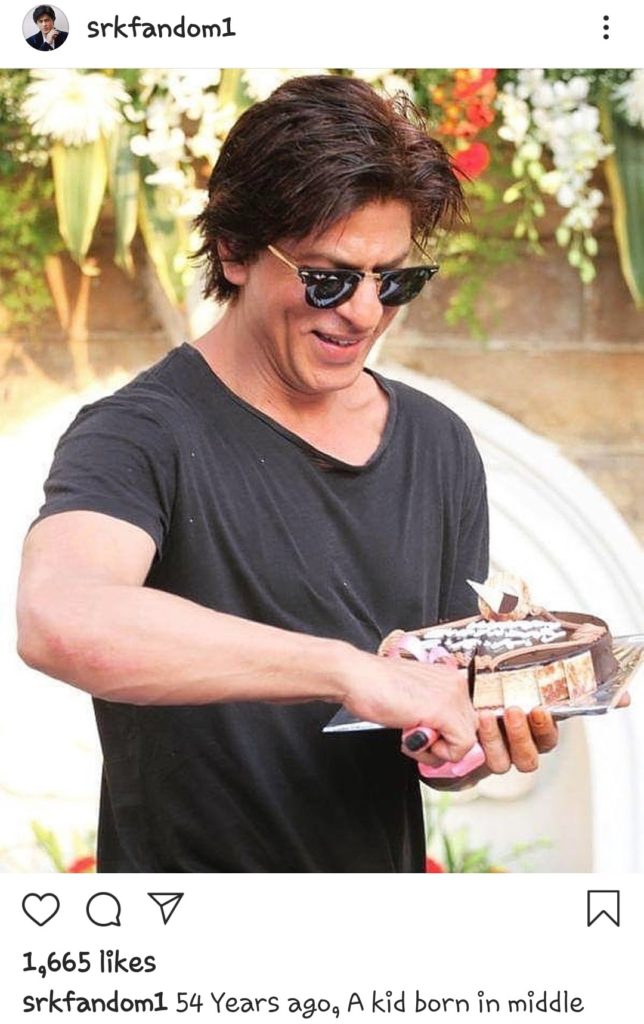 There’s a reason why we call Shahrukh “King Khan”.  We wish he continues to entertain us the way he does.