Salman’s Towel Used In The Song ‘Jeene Ke Hai Char Din’ Auctioned, You Will Be Stunned To Know The Price!

Bollywood stars not only win the hearts of the fans with their acting but also often do charity which the fans like very much. The name of Bollywood superstar Salman Khan is also included in this. Salman Khan is a friend of friends and is the favorite star of the fans. Since the 90s, Salman has been entertaining the fans and even today his craze among the people has not ended. Thousands of fans stand outside his house just to see Salman Khan once. On the other hand, if he gets something from Salman, then he is ready to pay any price to get it.

Recently, a towel containing Salman Khan’s film songs was auctioned, which was bought by a person for Rs 1.42 lakh. Actually, the song ‘Jeene Ke Hai Char Din’ from the movie ‘Mujhse Shaadi Karogi’ was a huge hit. Even today this song is popular among fans. In a step of the same song, Salman danced with a towel and now the same towel has been auctioned, which someone has bought for Rs 1.42 lakh. Please note that this money will be used for charity. Now how much craze among people about Salman, is being known from the price of his film towels. Let us tell you that in this auction, the goods of other stars have been auctioned. Let us tell you that Madhuri Dixit’s lehenga from the film Devdas, Shahrukh’s doodle, Akshay Kumar’s suit from the film ‘Oh My God’ and Aamir Khan’s bat from the film ‘Lagaan’ have been auctioned. People have bought them by paying such a huge amount. 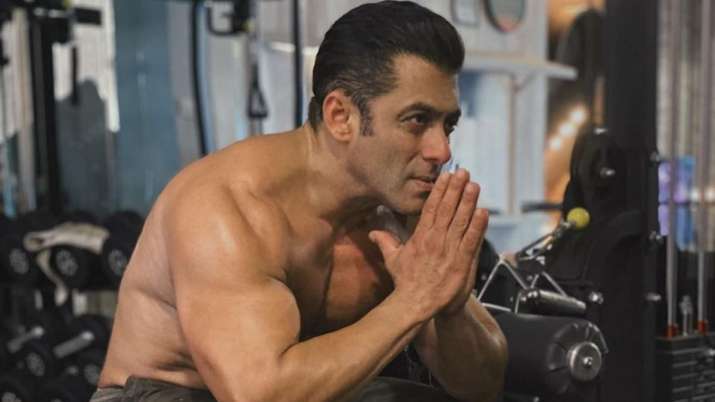 Talking about Salman Khan, he is busy shooting for the film ‘Tiger 3’ these days. Katrina will also be seen with him in this film. Salman’s onscreen pairing with Katrina is very much liked. Salman was working hard for this film for a long time and his workout videos were also coming out. Apart from Tiger 3, he is going to be seen in the film ‘Antim – The Final Truth’. Salman is going to be seen on TV very soon with Bigg Boss 15. He has been the most successful host ever in the history of Bigg Boss. So far 14 seasons of this reality show have come out.