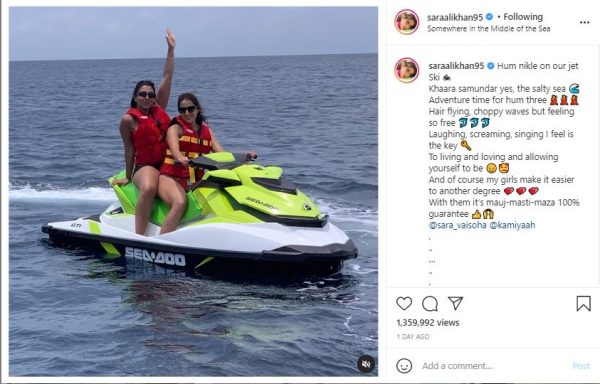 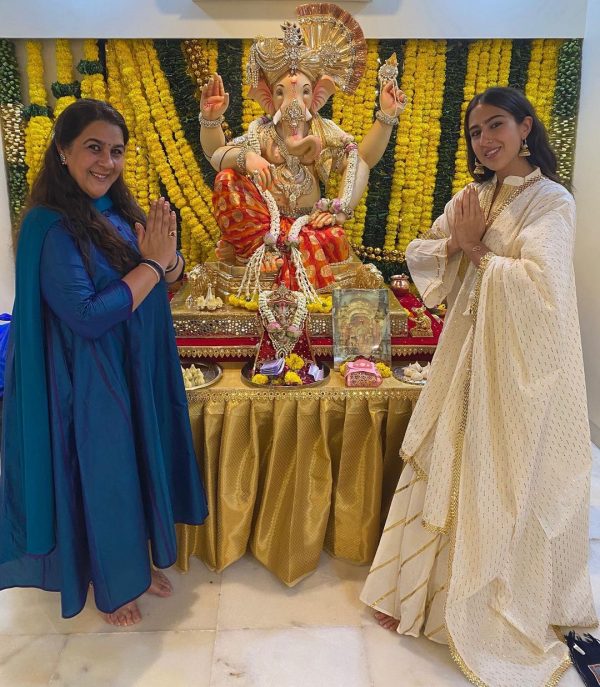 Sara Ali Khan has come to Mumbai from Maldives vacation, although she is constantly sharing pictures. Recently she shared pictures with mother Amrita Singh on the occasion of Ganesh Chaturthi. She wrote, ‘Ganpati Bappa Moryal’ She wore a white color suit. And both were also seen folded hands in front of Lord Ganesh. Sara Ali Khan will soon be seen in the film Atrangi Re. Apart from her, Dhanush and Akshay Kumar will have an important role in this film. Earlier she was seen in the remake of Coolie No 1 opposite Varun Dhawan. Which was released on Amazon Prime Video. However, the film did not do as well as was expected from the film.