Sara Ali Khan is an avid traveller who is frequently spotted visiting various parts of the country. The Pataudi princess, who is very active on social media, is frequently seen showing the large fan base glimpses of her travel journals. It is, without a doubt, a treat for her fans. Sara has now gone to social media to share photos from her Ujjain travel diaries with her mother, Amrita Singh, in order to keep up with this trend.

Sara Ali Khan was seen in the photos wearing a white outfit while visiting the Mahakaleshwar Jyotirlinga in Ujjain, Madhya Pradesh. She was photographed with her mother, Amrita, who looked stunning in a dark blue outfit. In one of the photos, the Love Aaj Kal actress was seen clutching her mother, and the mother-daughter combo made sure to put on their masks in the midst of the continuing pandemic. “Maa aur Mahakal #jaimahakal #jaibholenath,” Sara captioned the photo.

Sara Ali Khan, who was last seen in Aanand L Rai’s Atrangi Re starring Akshay Kumar and Dhanush. T-Series, Colour Yellow, and Cape of Good Films are the studios behind Atrangi Re. In the Tamil version of Atrangi Re, the film is titled ‘Galatta Kalyanam.’ Rinku (Sara Ali Khan), a serial eloper in love with a man named Sajjad, is the protagonist of the film (Akshay Kumar). She is forcibly married to Vishu, who is already engaged (Dhanush). Vishu quickly falls in love with Rinku, but the love triangle becomes even more bizarre when Sajjad appears. 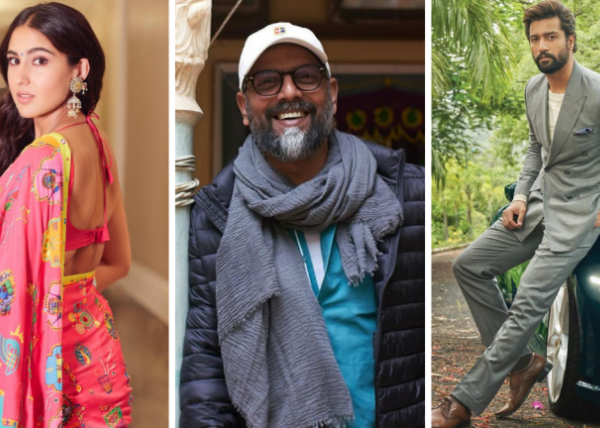 Sara is currently working with Vicky Kaushal on Laxman Utekar’s yet-to-be-titled movie. According to reports, this untitled film will be a sequel to Kartik Aaryan and Kriti Sanon’s Luka Chuppi.