Bollywood actress Shilpa Shetty was going through a tough day for the past few months. Shilpa Shetty’s husband Raj Kundra was in jail in the porn video case. However, now Raj Kundra has got bail. Due to which Shilpa Shetty has also breathed a sigh of relief. Now after her husband comes out of jail, Shilpa Shetty is busy recovering herself. Recently, Shilpa has told me about this by sharing the post. Shilpa Shetty is very active on social media. The actress often shares many pictures and videos. Shilpa Shetty also keeps sharing posts about the turmoil going on in her life on social media. These days, with the turmoil going on in Shilpa’s life, the actress makes sure to tell in gestures and gestures. Recently, Shilpa has told similarly that she is now on the path of recovery. 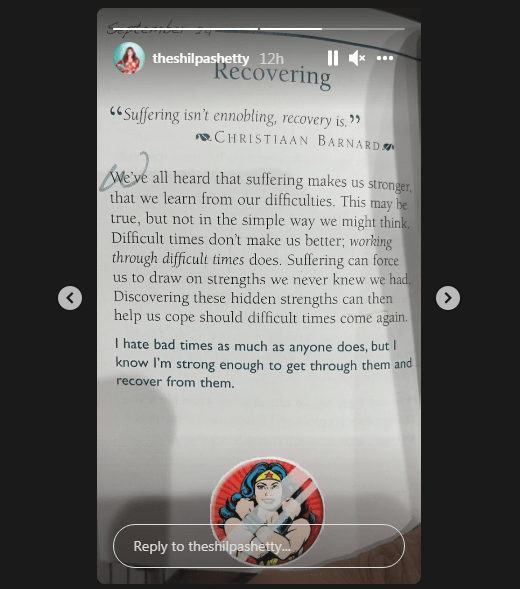 Shilpa Shetty has shared a post on the story of her official Instagram account. This is a quote taken from a book through which Shilpa Shilpa has talked about recovery, strength, and moving forward. It is written in this quote, ‘We all have heard that traveling makes us stronger, which we learn from difficulties. This may be true, but not as easy as we think. Hard times don’t make us better, hard times make us better. Traveling gives us strength that we didn’t even know we had. Through this, Shilpa has told that she is strong to recover from this time. 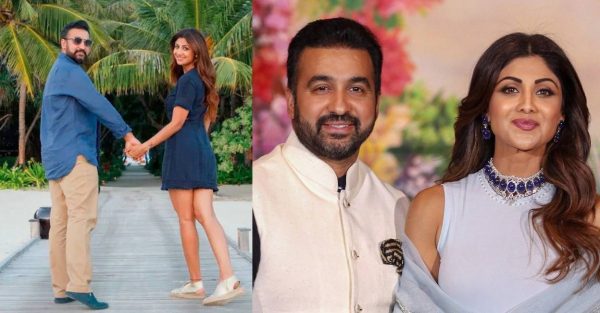 Let us inform you that Raj Kundra got bail on 20 September. After which he was released from jail the very next day. Raj Kundra looked quite emotional after coming out of jail. On the other hand, Shilpa Shetty is very happy with the release of Raj. On the other hand, talking about Shilpa’s work front, she was seen in Hungama 2. Which was released on Disney Plus Hotstar. However, the film did not work as well as the first part of the film. Apart from this, she is also working in the film Nikamma and is also a judge in Super Dancer Chapter 4 and will also be seen as a judge for the first time on Sony TV’s show India’s Got Talent.